Sometimes the greatest rush isn’t falling in love—it’s what happens after you fall in love!

After missing out on love because she was too shy to confess her feelings, high school student Satomi blurts out how she feels the next time she gets a crush—and it’s to her impossibly handsome schoolmate Yagyu! To her surprise, he agrees to date her. Now that Satomi’s suddenly in a relationship, what next?

Ayuko Hatta is a shojo manga artist who resides in the Kansai region of Japan. She loves playing games and is generally acknowledged by those around her to be an innate gamer. She’s also good at cooking and drawing caricatures.
Add favorite  Favorited

It’s winter, the season for lovebirds, and Yagyu and Satomi’s Christmas date is approaching. It’s to be a night of many firsts!

If you like Ima Koi: Now I’m in Love, VIZ Editors recommend: 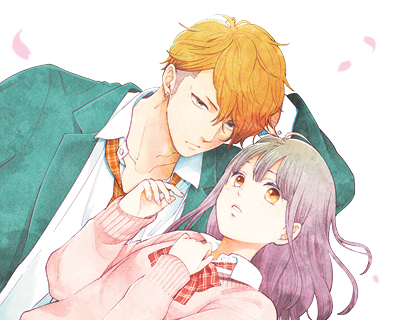 Never miss a new release. Add Ima Koi: Now I’m in Love to your favorites, and start following it today!