When Kyoko first met Ren, she was too consumed with rage and vengeance to notice anything else. But as her heart has healed and the series has progressed, she slowly realized that Ren is very hot and she has feelings for him. It was incredibly hard for her to finally admit those feelings, but she finally decided that loving someone didn't make her a bad person. She decided to cherish her feelings for Ren, but it true Kyoko fashion she decided to never share them. It's obvious to her that Ren is interested in someone, but it never occurs to her that it's her! So when Ren gives her a token of affection in a romantic way, it triggers all her warm feelings for him. 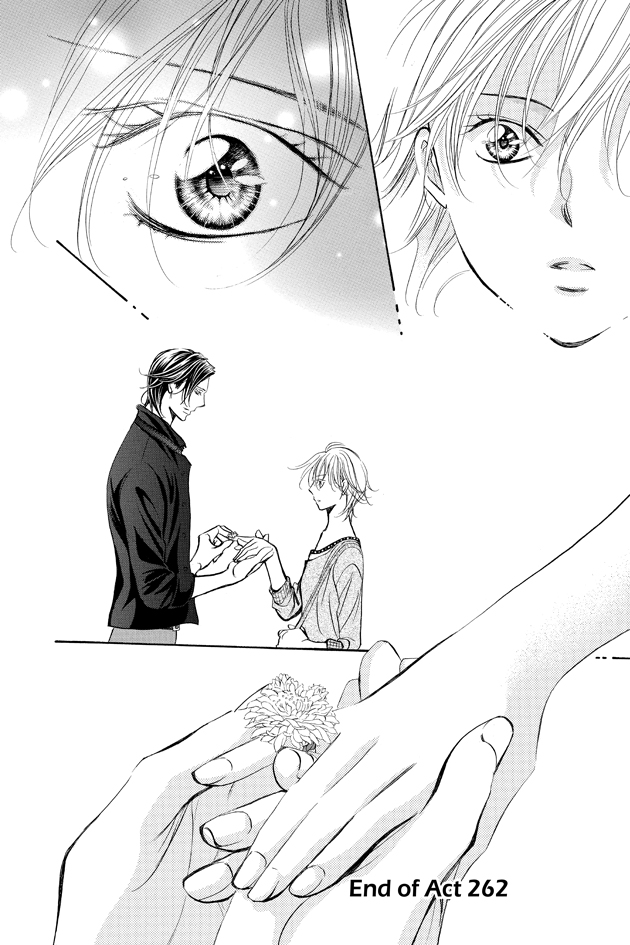 But it also pisses her right off! Ren is actually being sincerely romantic, but Kyoko thinks he's just casually bewitching her without realizing it. She decides it was a fatherly gesture that meant well, but part of her can't forgive him for not realizing the effect he has on people. Especially her! 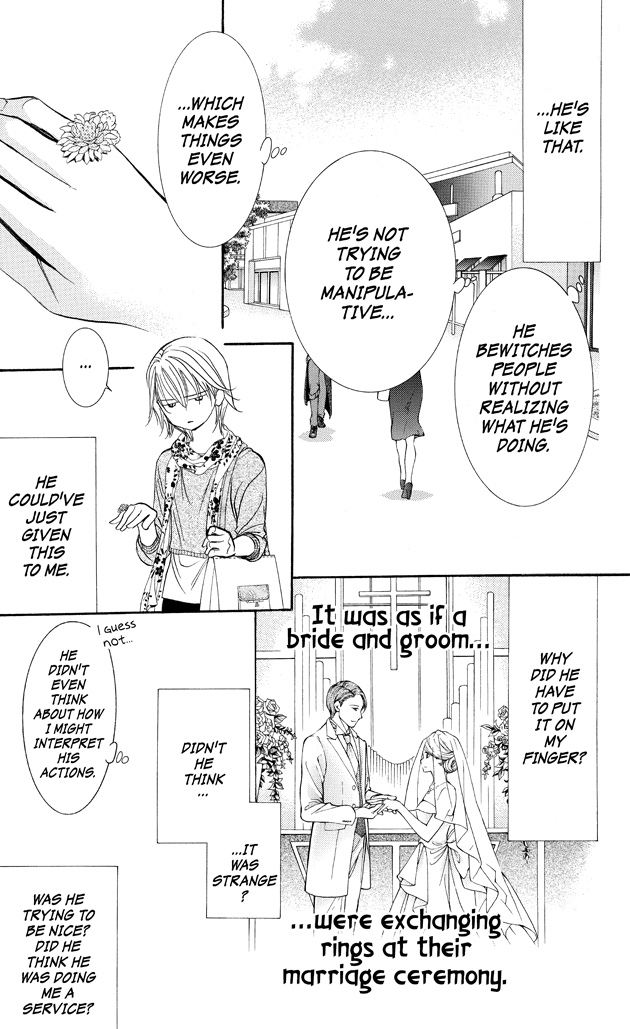 Kyoko is determined to keep her forbidden desires and delusions about Ren in check so that she can concentrate on her new job. But does she even have a chance if Ren decides to up his game?!