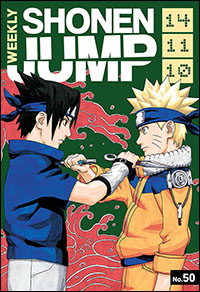 Cover
art by Masashi Kishimoto
We spent quite a bit of time trying to pick the perfect cover to celebrate the conclusion of the Naruto manga, and this one won out. It pretty much sums up the entire series in one simple image. And it harkens back to the early days when it all began. And it's beautiful. Kishimoto Sensei's color art is always easy on the eyes. I'll miss seeing it every week!

Naruto
by Masashi Kishimoto
Chapter 699! This issue has two chapters, this one and a special color one at the end. I'm not going to give anything away, but I will say I'm really happy with the ending. It's not easy to end a manga, especially one as long and complicated as Naruto, but Kishimoto Sensei did the series justice. It's going to be so strange not reading new chapters every week, but that's the nature of serialized manga magazines. As one series ends, another begins. That's what makes it so exciting!

Seraph of the End: Vampire Reign
story by Takaya Kagami, art by Yamoto Yamamoto, storyboards by Daisuke Furuya
Looks like the big battle between the Japanese Imperial Demon Army and the Vampire nobles is about to start! But not before a few key characters get to make some very heartfelt pledges! This fight has been building up for quite some time, so grab some popcorn and get ready to see the sparks fly!

One Piece
by Eiichiro Oda
There is a whole page filled with Naruto references in this manga! I had a great time trying to find them all. Some are obvious and others are little more subtle. It's obvious Oda Sensei has a great deal of respect for Kishimoto Sensei. The both started around the same time and both their manga became worldwide hits. These two are in a very select club few mangaka, or creators of any kind, get to experience. As for how long One Piece will go, I have a feeling it'll be many, many more years! 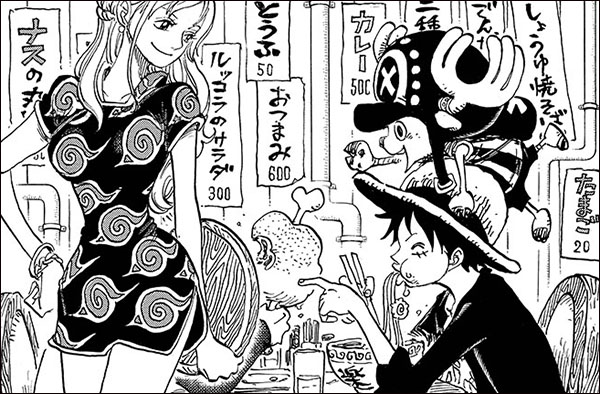 Toriko
by Mitsutoshi Shimabukuro
The Four Gourmet Kings versus Master Gorilla Taurus! If you thought King Kong was ugly, wait until you get a load of this ape's mug! He's on a whole other level! And he's insanely powerful! It's going to take all Four Gourmet Kings to keep this guy from being top banana! For fans of fighting manga, this is great chapter. We not only get to see how powerful Toriko and everyone has become, we get to see them working as a team.

Food Wars!: Shokugeki no Soma
story by Yuto Tsukuda
art by Shun Saeki
The newest chapter of the most mouth-watering manga to join the weekly lineup! One of my personal favorite things about manga is all the random stuff it teaches you. There are lots of manga filled with neat facts. Not always useful for your life, but fun to learn. And this week's chapter of Food Wars will teach you some very important things about picking the best fish!

Hi-Fi Cluster
by Ippei Goto
So far Kandera has seemed completely invincible, but in this chapter he looks like someone has finally pushed him a little bit! Plus, Peta finds out his powers are a little more useful than he previously thought. Looks like Special Unit Six is coming together!

Blue Exorcist
by Kazue Kato
Just when you thought Gedoin couldn't get any more repulsive, he manages to really become a vile creature! Izumo's still got a lot to prove after the recent events, and she's going to stop at nothing to avenge her mother. But after losing the trust of her demon summons, can she possibly bring them back?

World Trigger
by Daisuke Ashihara
The battle is over and the dust is settling. Looks like both sides are worse for the wear. Osamu, seriously injured from the battle, has a strange experience while unconcious. Is it just a dream? Or something more?

Nisekoi
by Naoshi Komi
This time around, Raku is not the one in a pickle—it's actually his childhood friend Yui! She's been taking on too much work lately and it's taking a toll on her health. Will she be okay? Plus, bathtub antics! 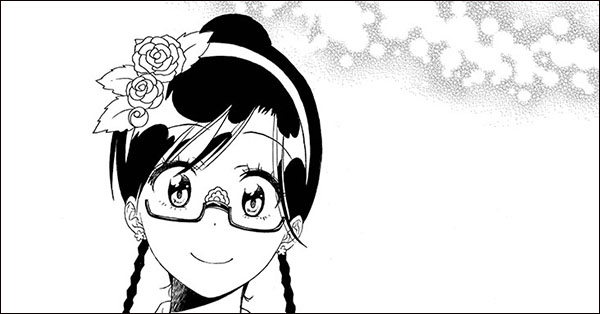 Bleach
by Tite Kubo
Yhwach continues his assault on the Soul Society! He's managed to dispose of most of the Zero Guard, but there's one more standing in his way—Ichibe Hyosube! The most powerful of them all!

Naruto
by Masashi Kishimoto
This is part of the JUMP BACK iniative where we run chapters of some of the all-time classic Shonen Jump series, and it doesn't get more classic than Naruto. I forgot how much humor there was in early Naruto. It has a totally different tone then where the manga ended up. And the gags are still funny, especially the failed "Ninja Centerfold." Hopefully you're also getting a kick out of reading the origins of this landmark manga! 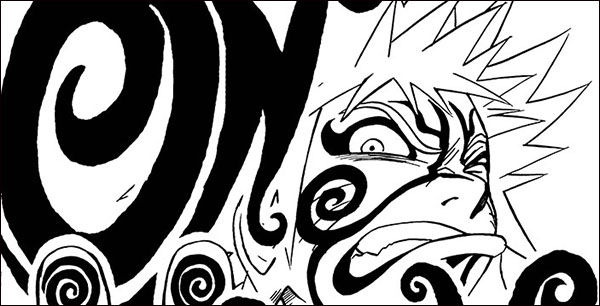 Naruto
by Masashi Kishimoto
This is it! Chapter 700 of Naruto! Congratulations, Kishimoto Sensei! You have not only created one of the most popular manga of all time, you were an entire generations' introduction into the wonderful world of Japanese manga and anime. Many fans who were kids when they fell in love with the manga, are now grown-up and look back on it fondly. While this is the conclusion of the main manga series, there's still lots of anime to come and probably some other surprises as well. On a personal note, I'd like to say—domo arigato gozaimasu to Kishimoto Sensei! You've brought me a lot of joy and entertainment with your tale of a gutsy ninja. Seriously, thank you very much.