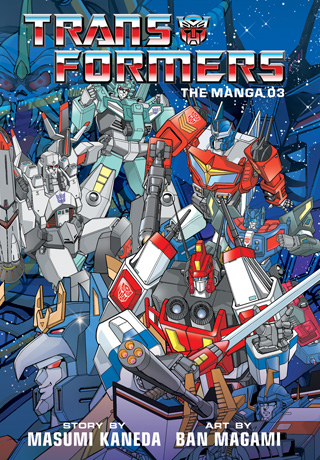 Back in the '80s, writer Masumi Kaneda and artist Ban Magami teamed up to produce Transformers: The Manga, a hidden gem of the Transformers franchise. Kids in the United States were tuning in to catch every episode of the cartoon and collecting every issue of the comic book series, and kids in Japan were too. Transformers: The Manga gave those kids an alternate take on the Transformers mythos, thanks to a bunch of stories that range from deadly serious to seriously funny. Now, after years of unavailability, American fans can check out this classic series, complete in three deluxe hardcover volumes that include a high-quality art gallery!

Originally created to run in TV Magazine, alongside the original airing of the Generation 1 era of the Transformers cartoon in Japan, Transformers: The Manga is a treat for American fans who grew up on the original cartoon or are recent converts to the fandom. It has all the characters you know and love interacting in brand-new ways and going on all-new adventures. They're joined by an exciting cast of characters unique to Transformers: The Manga. These new characters serve in part as point-of-view characters for the young fans, giving them an entryway into the Transformers bots and the storylines they live! 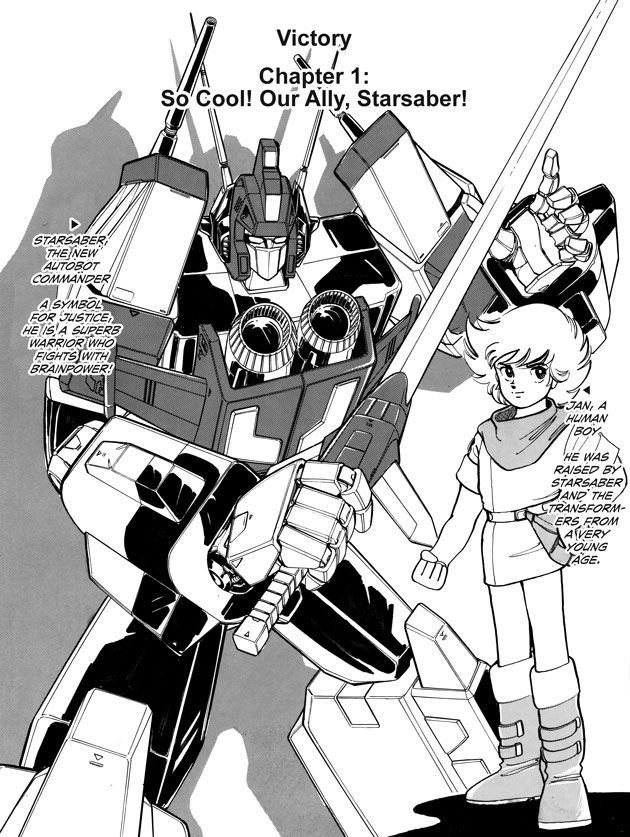 Transformers: The Manga doesn't follow the exact same story as the original cartoon, as you can tell from the introduction of new characters. In fact, it provides an experience that's almost parallel to the original canon. It diverges from the stories we already know and love after a point, bringing all-new settings, plot twists and motivations to the fore. You may find familiar storylines executed in new ways, or stories that are unique to the manga! It makes for a very fun and thrilling read. There's nothing quite like seeing something familiar in unfamiliar circumstances, and Transformers: The Manga really delivers a good time. 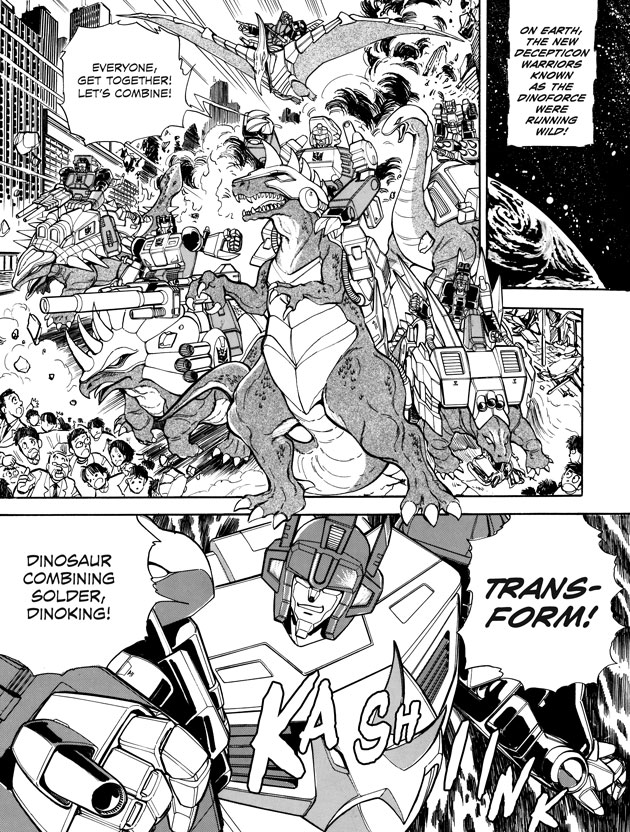 As mentioned above, the tone of the stories runs the gamut from touching to hilarious, and from epic to shocking. Kenji is one of the point-of-view characters for Transformers: The Manga, and he becomes an ally and sidekick for the Autobots. He goes on missions, he helps guard the base, he rides around in the cockpit of a few bots and he constantly goes on the kinds of adventures that made the original series so much fun.

It's very easy to see why Transformers: The Manga is such a valuable piece of Transformers history. Kaneda and Magami infused the stories with real charm, resulting in manga that was perfect for kids in the '80s and utterly fascinating and fun for adults now—especially parents of tiny fans of the Transformers characters! The art is fantastic, and the art gallery in each volume spotlights not just Magami's art, but also shows how those illustrations fit in the history of the Transformers franchise. 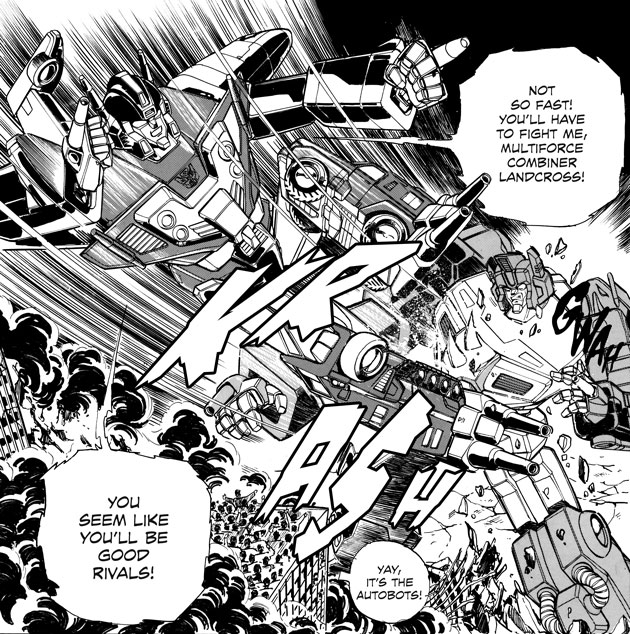 Transformers: The Manga is a great series, with a fantastic design, beautiful art, charming story and all of your favorite, unforgettable bots. If you're thinking about buying it as a gift for the Transformers fan in your life, make sure you flip through it first...you may just find your next favorite manga.

Read a free preview of Transformers: The Manga, Vol. 3 by Story by Masumi Kaneda, Art by Ban Magami here.