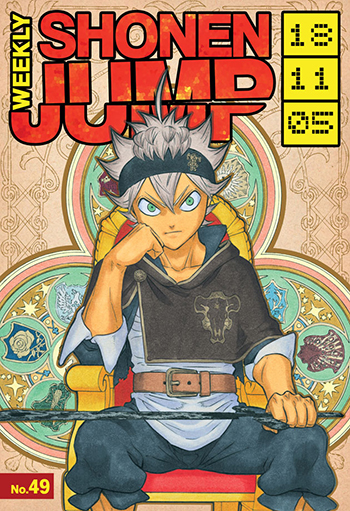 A royal-looking cover for the possible future Wizard King. And the look on his face is one of pure determination. Is this a hint of things to come? Time to break out the crystal balls!

The battle against the elves gets personal when Langris, Finral's own brother, is possessed. Luckily, he's got some back up to try and reclaim his family member. Back up in the form of the ultimate tough guy wizard--Yami! 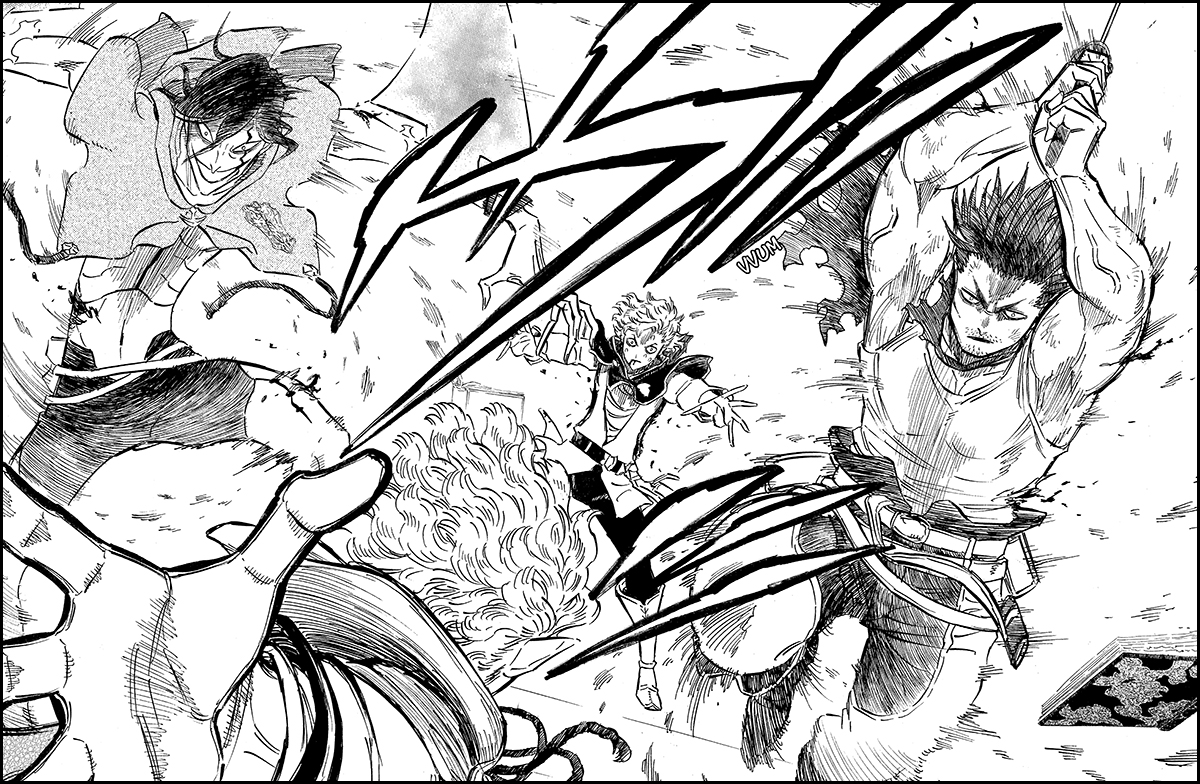 The flashback into Yuri and Father Fujimoto's past continues. Yuri's tasked with taming a demon with destructive powers, but the reasoning of a child. And when this child has a tantrum, it's downright deadly!

Luffy's not one to shy away from a fight, and that may come back to bite him in his rubbery butt. He's just attacked Kaido, one of the famed Four Pirate Emperors of the Sea! Luffy's tough, but even rubber bands have their breaking point!

Budding Shojo Jump manga artist Ryota gets one step closer to solving the manga-related Halloween Murders. But as he gets closer to uncovering the truth, the dangers increases! Will he survive long enough to crack the case?

Yuiga's entire family is in a pickle! In the last chapter, he blurted out that Fumino could stay at his place until she patched things up with her father. Well, she's taken him up on the offer. If you thought things were awkward before...

In the last chapter, Soma cooked something so good he didn't just pass a test, he saved an old man's life! Now that's cooking with gas! But it's on to the next challenge, and this one is...financial? Find out what it is!

As the next Rank Wars match looms, the teams about to fight do some last minute strategizing. And Osamu is an ace in this department. Can they come up with a winning strategy before all heck breaks loose? 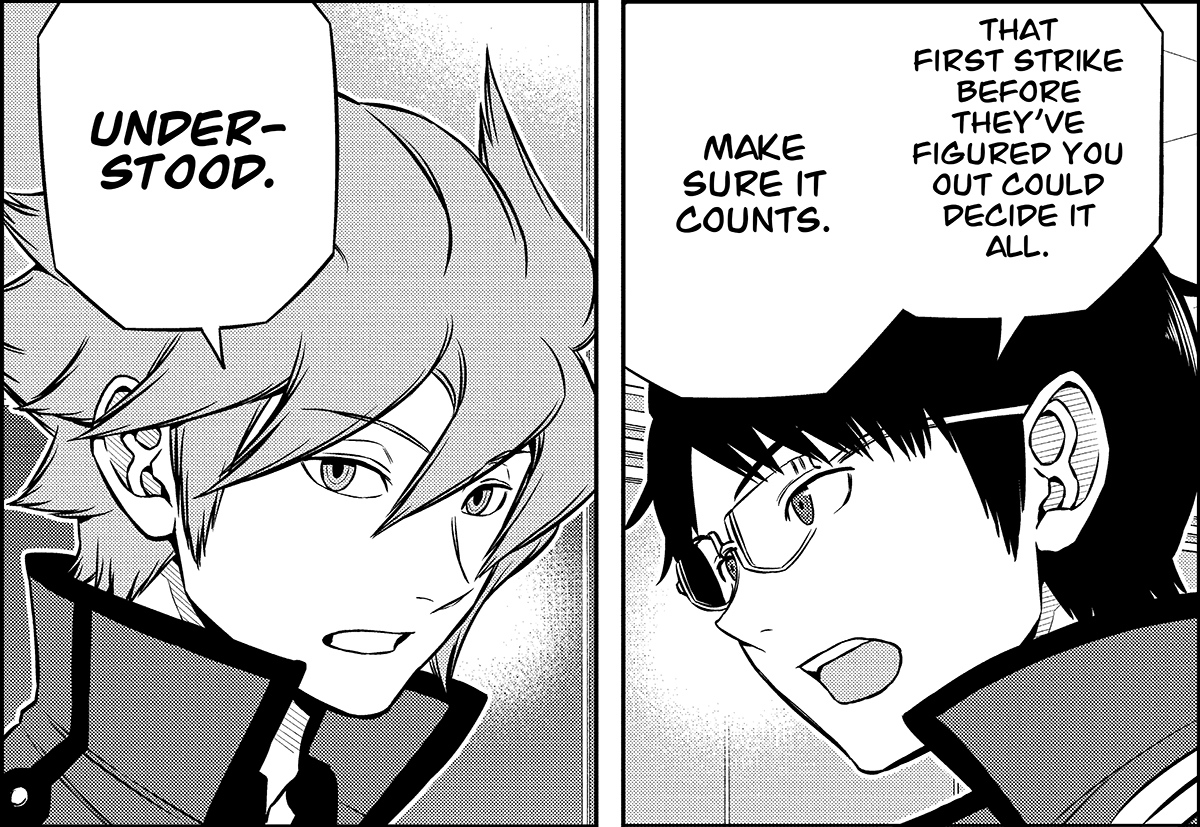 The battle session with Class-B continues. In this chapter, Shoto thinks he's got the upper hand with his flame powers but meets an old face with a new ability! Is Class-A's star fading?

Emma and the other kids are shaken up by Lucas and Yugo not returning. Because they constantly live on the edge of death, losing someone like the Nameless Geezer is costly. Can Emma rally everyone and get their spirits up?

After spending a long time plotting to take each other down, Tsukasa and Senku are now on the same team! That's Shonen Jump manga for ya! But even with their combined strength, their enemy is proving to be quite troublesome! 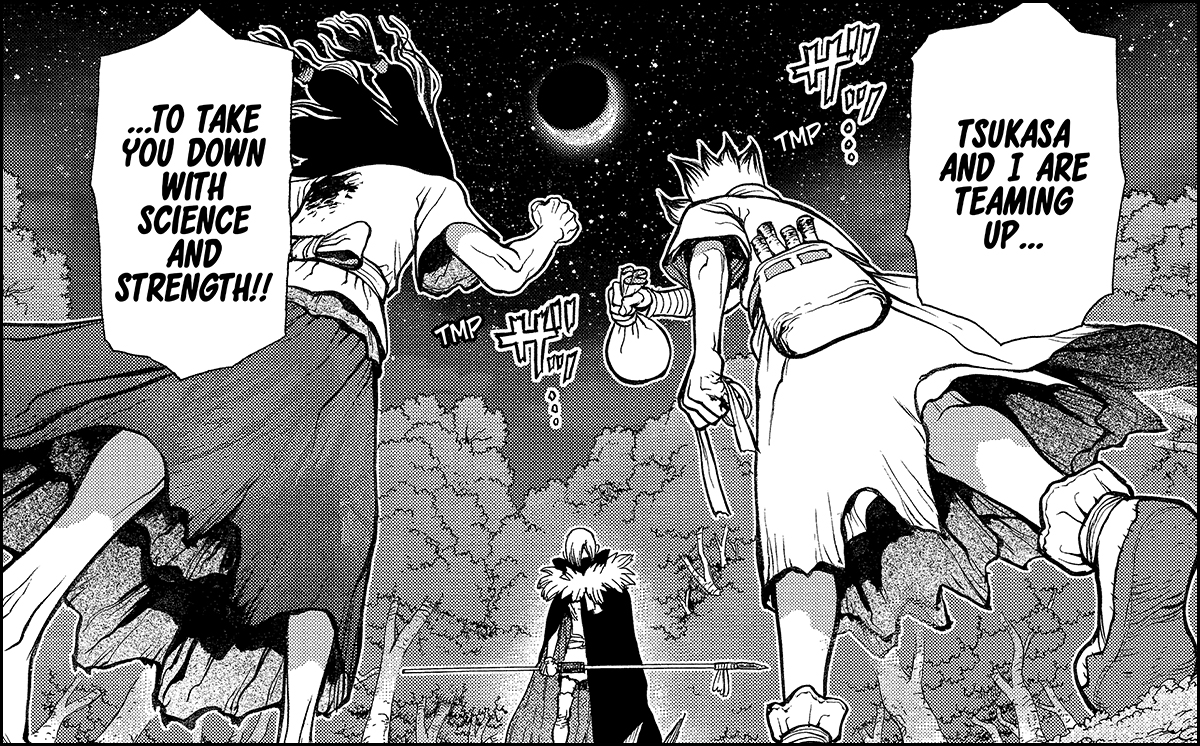 Seraph of the End: Vampire Reign
by Takaya Kagami and Yamato Yamamoto, Storyboards by Daisuke Furuya

A foreign demon has invaded Yuichiro's body and is attacking the spirit that dwells inside of him! Can he turn things around and save the demon within?!

Prince Tserriednich's one bad mama jama! He's learning the ins and outs of nen at an astonishing rate. And he's just discovered a skill that might give him the edge in the bloody succession battle!