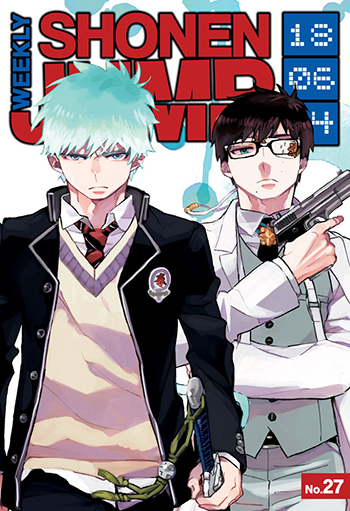 There's something so sad and poignant about seeing the two brothers side-by-side in this week's cover. I like that the cover doesn't try to dazzle you. It's just two characters with a very clean and simple design in the background. And it serves a great purpose, since it really highlights the difference between the two twins right now.

Rin journeys into the past and witnesses firsthand how the Exorcists found his mother. But where are they taking her and what is asylum? So many questions still left unanswered! 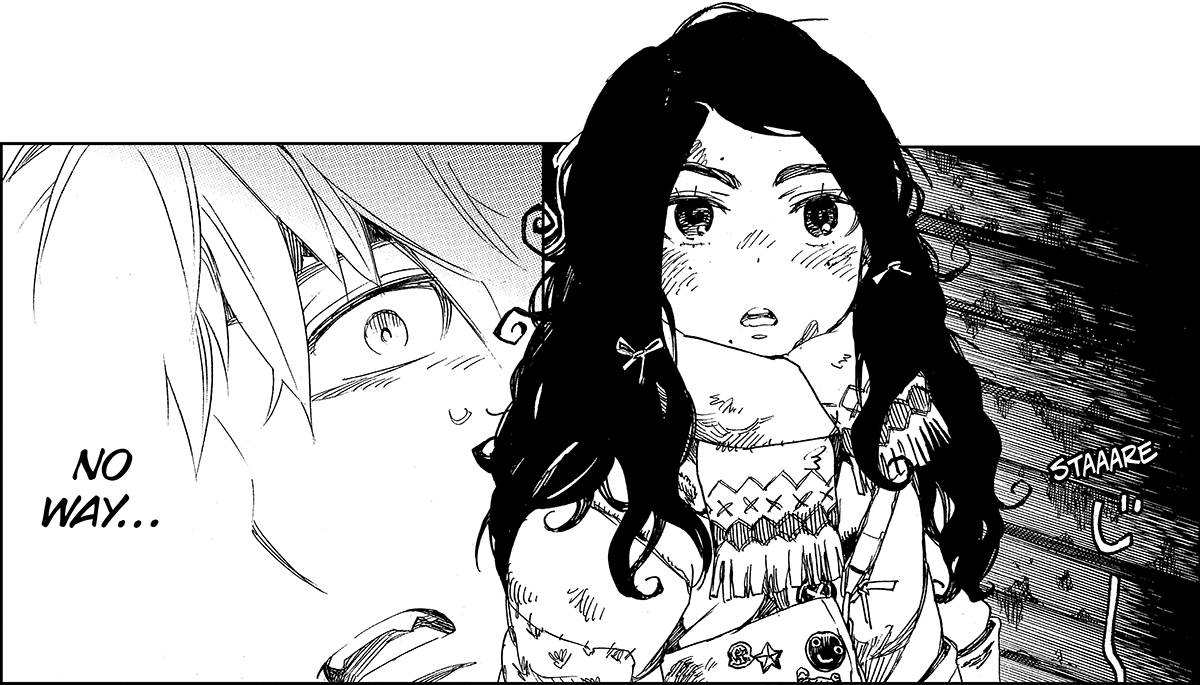 Very early on in the series, Mihawk correctly gauged Luffy's most important and powerful skill...the ability to befriend any living creature! Whether it's a heartless pirate, an overgrown mermaid princess or an island full of wild creatures, no one is immune to the rubber one's charm! And this powerful ability is in full display at the Reverie in this week's chapter!

Now that Dean Azami's tight-fisted administration is brought down by Soma and gang, it's time for Dean Erina to take charge. However, she's gonna need help from the Council of Ten with a whole slew of assignments and projects. First up is the case of a mysterious disappearance. Can Soma and Megumi figure out what happened?! 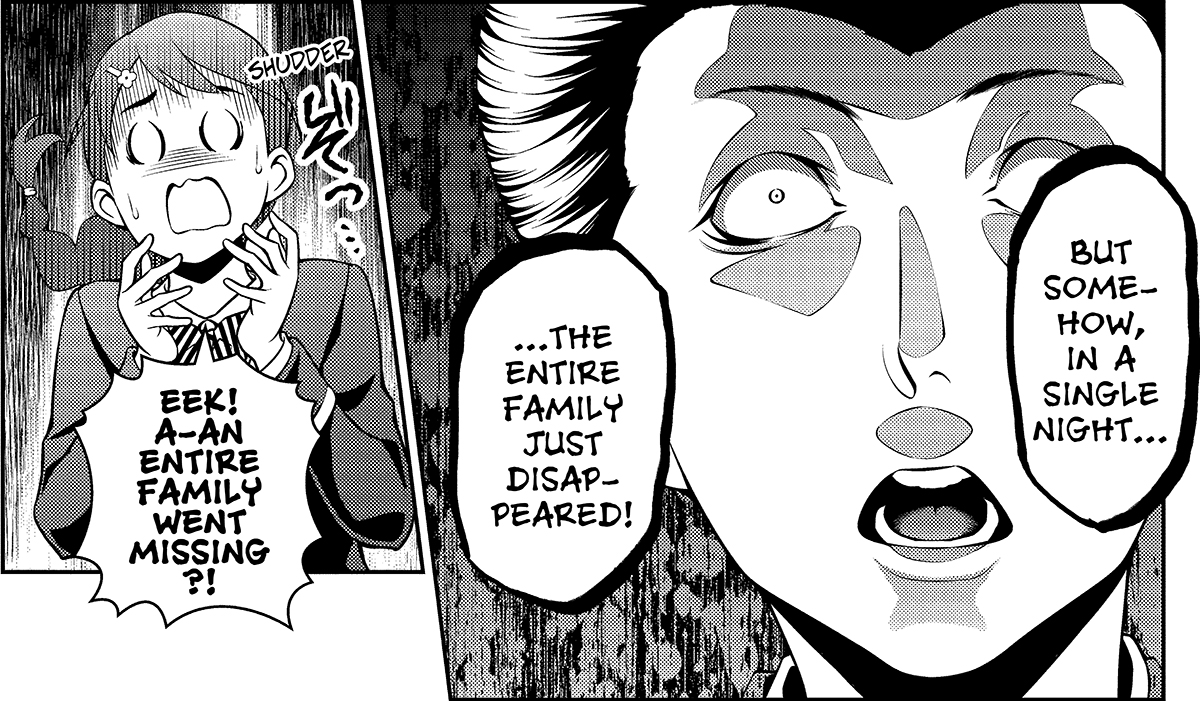 It's a crazy cosplay chapter with a costume conundrum! Uruka's outfit was misdelivered to Kirisu Sensei, who mistakenly belives it's her outfit for her lecture! But does she really need to wear a magical princess outfit to deliver a speech?!

Now that the top ten of the Hero Billboard Chart has been revealed, it's time for a word from the top heroes! Everyone dishes out some generic platitudes, except for Hawks, the number 2-ranked hero, who stirs the pot with his cheeky speech.

Leuvis is maskless! You'd think this would be a huge disadvantage for the demon, but actually, it's nothing more than a mere annoyance! Good thing the man and Ray showed up cuz Emma's gonna need all the help she can get to bring down this masochistic demon. 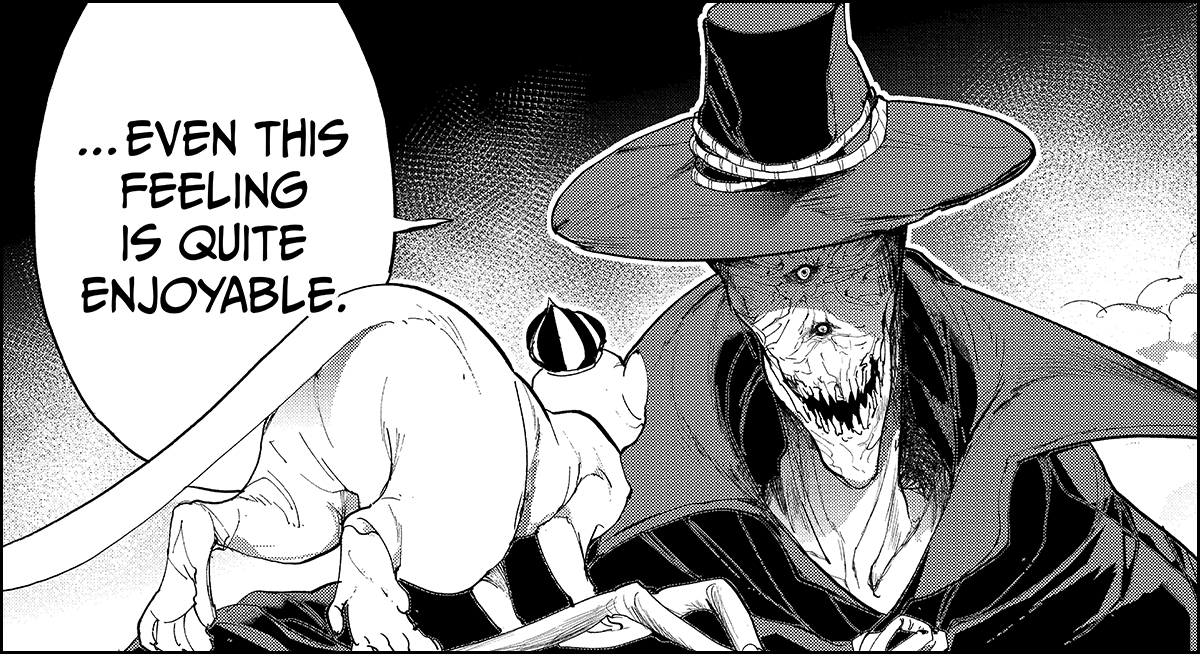 Please allow us to introduce to you Hajime's childhood friend Kasei, who just so happens to have some suspiciously weird hair...

Asta's luck changes for the better when he somehow manages to obtain and use a magical sword that seems to dispel the reincarnation spell! Meanwhile, as luck would have it, Luck is possessed by an elf spirit! He's already crazy strong, but now that he's powered up, can anyone take him down?

Thanks to Lillian's heavenly voice, the villagers' morale is lifted and are inspired to work even harder to protect the village! And although good spirits are necessary on the eve of battle, it seems like Gen has some other plan in mind that might just end the impending battle without a single casualty...

The pressure's on! And it's so intense that it affects Ginro's shot! Does that mean Robo now stands a chance of snatching an improbable victory?!

Boruto and gang discover a mysterious boy and he has the same strange symbol tattooed on his palm like Boruto! Why is it there and does he have some kind of connection to Boruto?