When I received the review copy of Naruto to Boruto: Shinobi Striker, I expected a fighting game in the vein of Ultimate Ninja Storm. A smooth, fast-paced arena fighter with very cool attacks featuring the Hidden Leaf’s best. When I heard about 4v4 battles, I thought it might just be a new swapping mechanic, but it turned out to be an online multiplayer mode that was a lot more fun and a core element to enjoying the game. 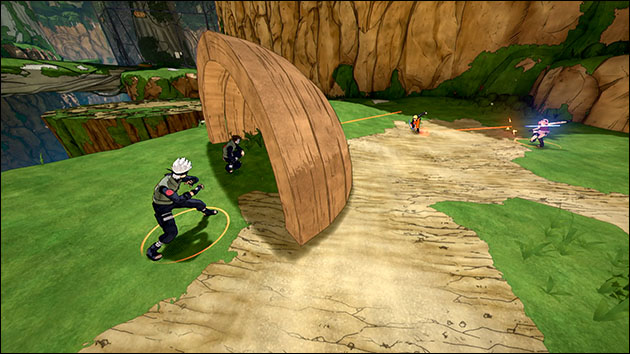 Shinobi Striker begins with a crash course in Naruto lore, then jumps right into a detailed character creation system. For those who know the series well, this is the perfect opportunity to pick your favorite clan and develop your own character who feels like a natural part of the world. From there, Kakashi schools you on basic ninja skills (simple controls), you pick a mentor (Naruto, Sasuke or Sakura) and you’re off and running.

Unlike other Naruto games, Shinobi Striker doesn't focus on playing through Naruto’s story directly and focuses on developing your custom character. You can play through VR simulations of the most memorable missions and stories of the series as a part of your character’s training. But all of that is to unlock more collectible items, accessories, experience points and special techniques—which I quickly realized is key to this game. 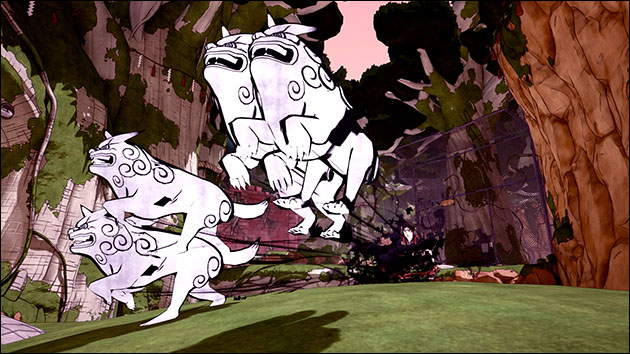 As mentioned earlier, the 4v4 battles are the best part of this game, but are all online. If you are looking for a solo Naruto experience, this may not be the best game for you. But if you are interested in meeting some fellow Naruto fans online and kicking butt, you have come to the right place. There are a few modes to play, from capture the flag to base takeover, but in all modes you will have to work with your online allies to accomplish your goals.

The solo training missions with your mentor teach you the basics in a safe environment, but online your feet are held to the fire. Didn’t quite learn the Substitution Jutsu? You are 100% the weak link on the team. Not a “block button” type? You will be wiped out quickly. There is a direct connection between learning the basic fighting skills through solo missions and applying them online. In that way, even the most novice player can quickly gain skill and become a valuable part of a team. 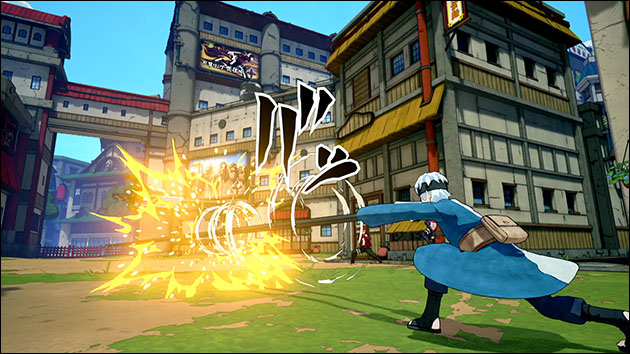 Shinobi Striker is a fun game with fairly simple controls, but there are two main reasons to come back to this game over time: investment in developing your unique character and interacting with the wider Naruto fan community. The latter was the most fun part for me. Admittedly, I like grinding to make my character stronger in most games, but finding new friends online and learning tricks from them is the best part of the game. I was jealous when I found that others had unlocked new weapons, moves, outfits or were actually playing as characters from the series. It forced me to play a bit harder and smarter to unlock items and gain skill for my character. Which is very, well…Shonen Jump in nature. 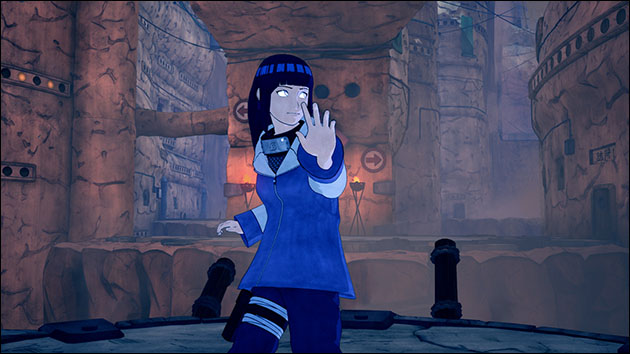 I suggest that you grab this game if you are a fan of the series or just like playing online with others. There’s a higher intensity to online gameplay compared to games where you're on your own. You are constantly pushed to get better. This is a game that will teach you a very important lesson—teamwork and strategy are rewarded over raw power. It doesn't get more much more Naruto than that!