The shinobi world is at war, but this isn't your conventional war between armies. Instead, Naruto and friends are battling one man and a horde of resurrected shinobi. His name is Tobi, and he's got history's most powerful shinobi on his side. 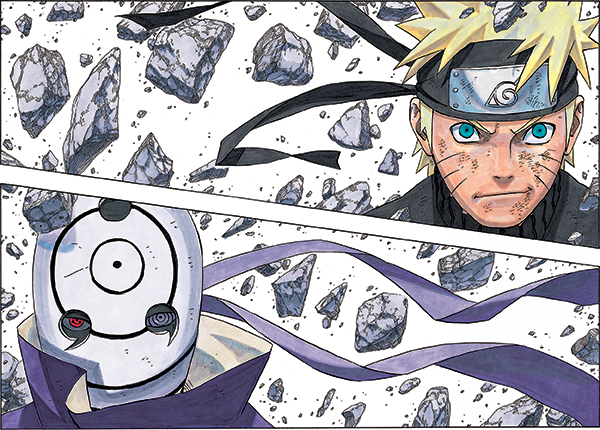 Looks like Tobi has not been a good boy lately. He's causing quite the ruckus with his plans to put the entire world under genjutsu. While the majority of the Allied Shinobi Forces have their hands full with the resurrected shinobi and Ten Tails, Might Guy, Kakashi and Naruto are ganging up to battle Tobi. Though it seems impossible to land a single blow on their slippery foe, they're getting closer to figuring out Tobi's jutsu, which allows attacks to go right through his body. 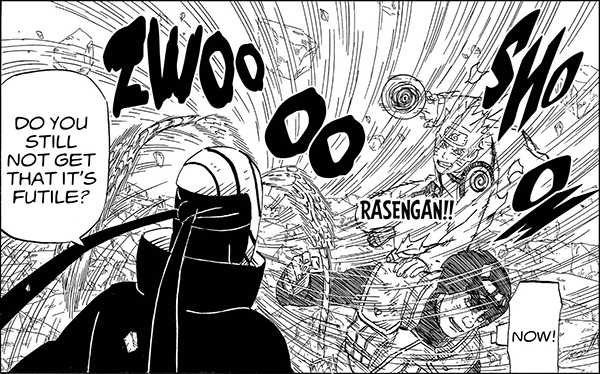 While Naruto is battling Tobi, the Gokage have taken it upon themselves to challenge perhaps the strongest shinobi of all-time—Madara! Despite their combined prowess, they're still struggling against the legendary ninja. 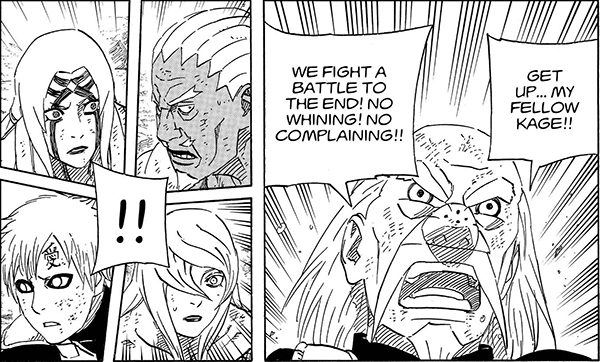 And to make matters worse, Madara decides it's time to show them the true Susano'o. There's only been one shinobi skilled and powerful enough to take on Madara—Hashirama—and he's no longer around! And just to show the difference in their power levels, Madara's Susano'o levels a couple mountains with just a single swipe. 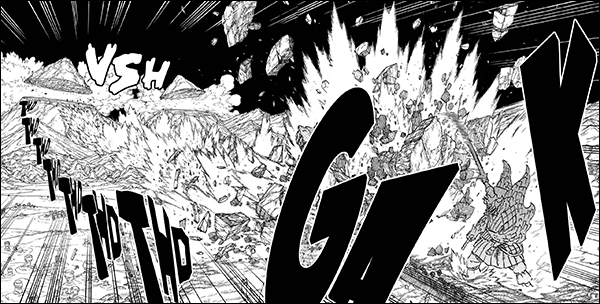 Imagine Sasuke's surprise when he accidentally finds his dead brother traveling through a forest. Sasuke trails Itachi to Kabuto's hideout and then confronts his brother about the Uchiha clan's checkered past. Though he already knows his older brother loves his village to the point of massacring his own clan, he still can't forgive Konoha. 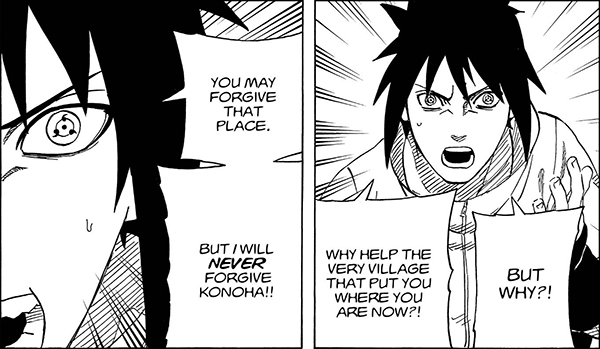 Itachi realizes that it's no longer up to him to shield and protect his brother from the truth. In fact, he now understands that by keeping his brother in the dark, he might have inadvertantly set him down the wrong path of vengeance. But what's in the past is in the past, so Itachi decides to tell Sasuke of how he came to his decision to annihilate the Uchiha clan.

Itachi recounts the events leading up to his painful mission of exterminating his clan. Can you imagine facing the proposition set forth to Itachi? Either you side with your own clan and go against the village you've been protecting all your life, or side with the village and eliminate your own kind, including your family (except of course, your beloved little brother). In the end, Itachi's loyalty to Konoha wins out.

After hearing the truth straight from his brother's mouth, Sasuke looks to have come to a resolution. But what is it?

Naruto volume 62 is available from VIZ.com!