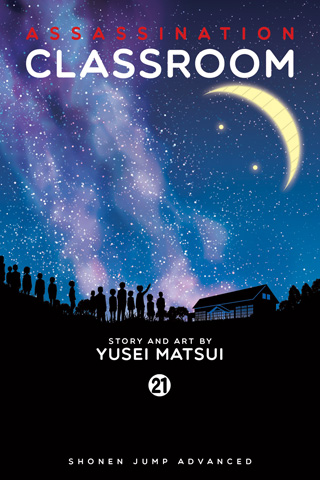 You won’t find a more dedicated teacher than Koro Sensei. His willingness to sacrifice himself for the betterment of his students is second to none. You also won’t find a teacher with as many legs. Or with the ability to move at speeds of Mach twenty. Or one that oozes slime and can turn different colors. In fact, there’s never been a teacher or a manga quite like this, and now the final volume is out bringing closure to one of Shonen Jump’s most memorable series. He taught us many things, so here are some of Koro Sensei’s greatest lessons.

This is perhaps his greatest and most enduring lesson. One that he tirelessly teaches his students over and over by…helping them assassinate him! Koro Sensei is hard to kill, like ridiculously hard. He can fly, move faster than bullets and is really slippery, which comes in handy more than you’d expect. But by encouraging his students' numerous attempts to assassinate him over the 21 volumes of the series, they grow a little stronger each time and slowly learn to believe in themselves. 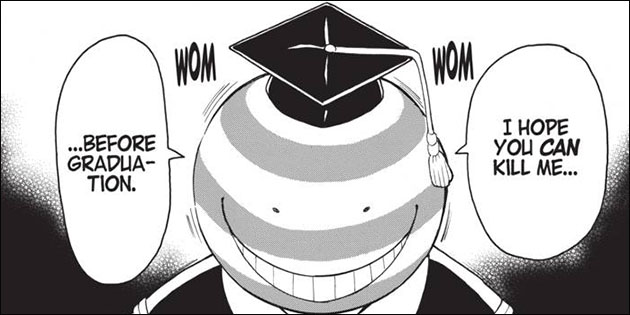 Do Not Abuse or Take Advantage of the Weak

The class he teaches, Class 3-E, is where the losers of the school end up. And this is the specific class Koro Sensei chose to teach. So when a couple of kids decide to take out Koro Sensei and in the process hurt another student, they see something they’ve never seen before—their teacher angry! They got off with a warning, but more importantly, learned a lesson. 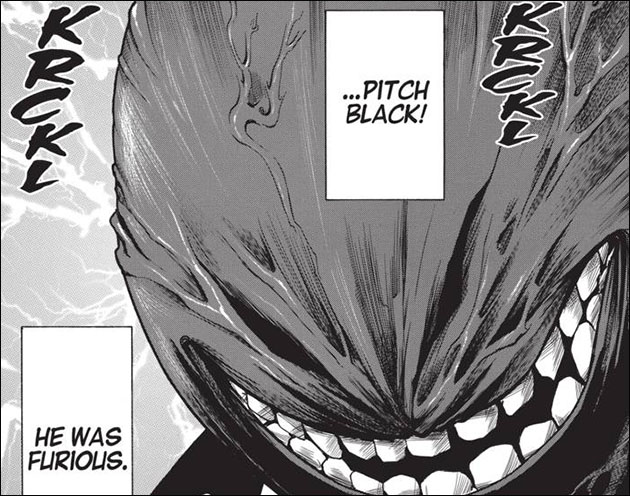 Every Kid Is Worth Saving

Karma, one of Koro Sensei’s students, is what you’d call a bad seed. He’s an unruly kid who’s been kicked out school multiple times for fighting. He seems to relish in the idea of being paid to kill a teacher, as whoever kills Koro Sensei gets millions of dollars (Koro Sensei is considered a threat to the world after he blew up most of the moon). After many failed assassination attempts, Karma decides the only way to kill Koro Sensei is to kill himself in the process since he doesn’t value his own life very much. A student like this would be written off by most teachers, but Koro Sensei is not most teachers. The only way to beat hate is with love, a lesson this teacher understands well and manages to teach Karma. 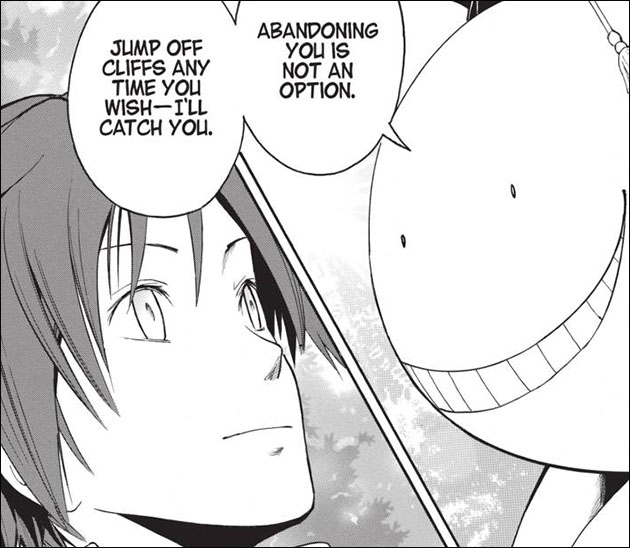 Everyone Has Special Abilities

One of Koro Sensei’s greatest teaching strengths is his ability to see what students are good at and draw it out of them. This is a reoccurring theme throughout the manga, and as it progresses, every student becomes adept at a skill through the power of attempted assassinations. While these skills seem like they’re just being honed to kill Koro Sensei, they also have real-life applications that can help the kids. Everyone has a special ability, it’s just of matter of finding it and realizing it, or in this case, having a slimly octopus-like creature bring it out.

Kill Them With Cleanliness

One of Koro Sensei’s responses to an assassination attempt is to clean, feed or style his opponents. Why? It’s funny! And quite frustrating to his attackers. Koro Sensei has a wonderful outlook on life and is rarely ever stressed out. Even when he’s under extreme duress and in a seemingly impossible situation. His carefree attitude even when things are at their worst is a lesson in and of itself.

Embrace Your Successes and Setbacks

Do you know how humans learn how to walk? By falling down over and over until they figure out how to not fall down. One of Koro Sensei’s greatest abilities is being able to encourage his students to keep assassinating him, thereby growing and becoming stronger in the process, no matter how often they fail. There’s nothing wrong with failure unless you don’t learn from it. Every time his students get closer to killing him, he gets a little prouder because he knows they’re becoming more capable. And that’s what teaching is all about—helping your students grow! 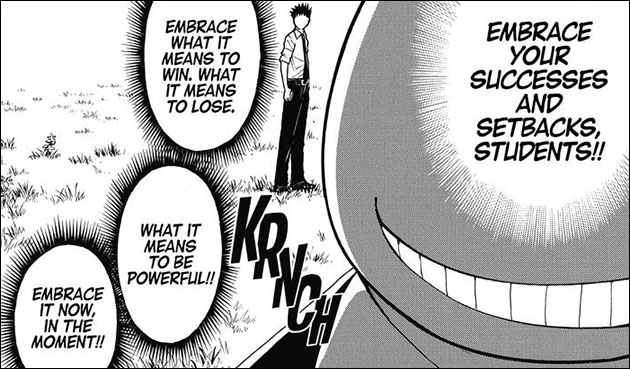 You Can Make Your Cosplay Work, No Matter What Your Body Shape

When Koro Sensei has to assuage the concerns of a very angry mother, he faces one of his greatest challenges—passing himself off as a human teacher! He’s used to wearing funny costumes, in fact, he often goes out of his way to wear them. But actually morphing his body to fool a regular person who doesn’t know he’s an octopus-like being is another story. But with some coaching from the other students, he pulls it off without a hitch. The trick is to hide all the legs under the desk! Never give up on your cosplay dream, if Koro Sensei can do it, you can too!

The Most Powerful Teaching Tool of All Is Love

There are many ways to motivate students, lesser teachers rely on fear and punishment, but Koro Sensei uses the most powerful motivator of all—love. Sure students will finish projects because they don't want to be punished, but if they’re doing it because they love and respect their teacher, they’re going to go the extra mile. And with Koro Sensei’s constant love and guidance, his students who started as misfits and rejects learn again and again they are capable of much more than they ever imagined. This is the message of the series—love and understanding are the keys to helping others overcome obstacles and grow. 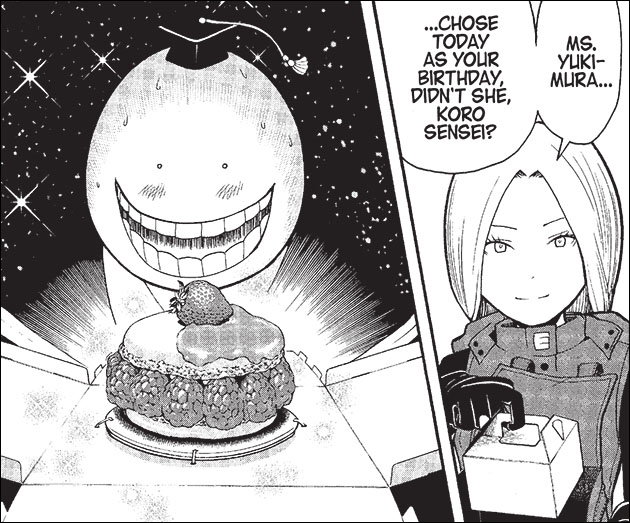 If you haven’t read this series, you’re missing one of the funniest and most heartfelt manga of all time. And one that stars an unlikely character that will stay with you long after the last page is read.