Once again, TEAM JUMP made their way to the land of the rising sun—Japan! Editors John Bae, Marlene First and Alexis Kirsch, and letterer extraordinaire Annaliese Christman got the chance to sit down with several creators and editors for some incredible interviews! First up, Tabata Sensei, creator of Black Clover! 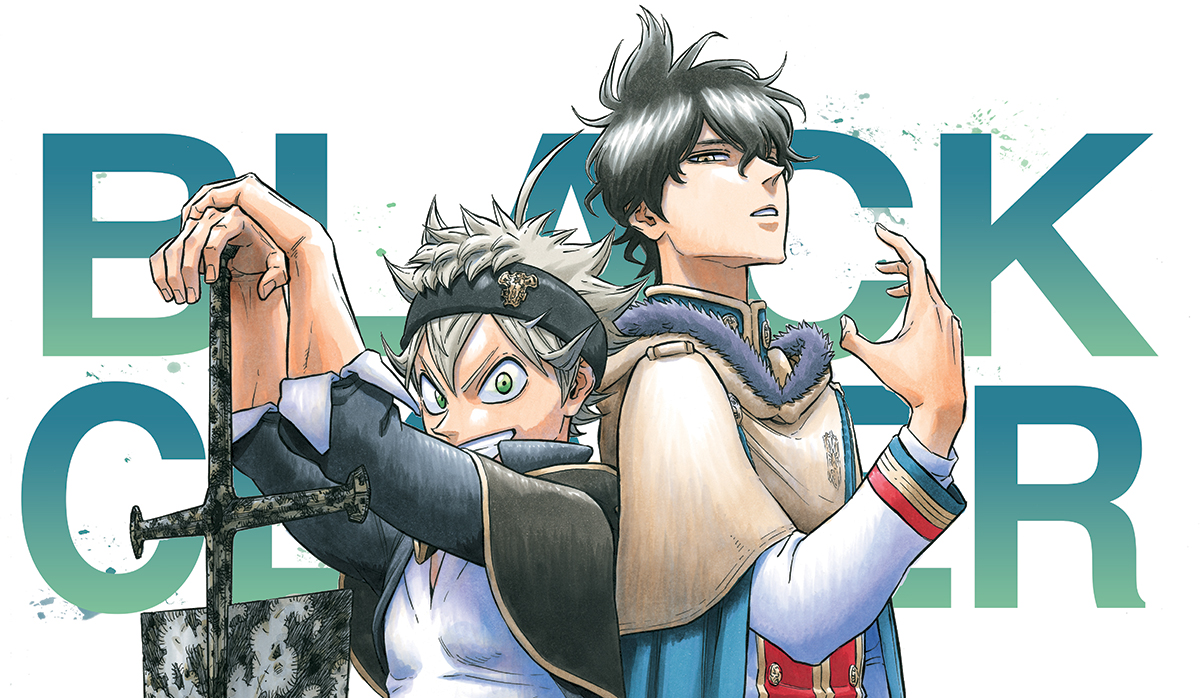 TEAM JUMP: How do you stay motivated after creating almost 200 chapters of manga?

Tabata Sensei: Uhhhhh… Good question… [laughs] Well, there are a lot of people looking forward to the next chapter, I hope, so that motivates me. Plus there’s a lot of stories that I still want to tell, so that keeps me going. Oh, and my wife wants me to keep it up. She wants me to keep working. [laughs]

TEAM JUMP: How is it working with your new editor?

Tabata Sensei: I think he’s really good. He's a very serious person, and since I'm the exact opposite, it works well. Though I do feel a generation gap sometimes because he’s so young.

TEAM JUMP: How is his cosplay ability? Is that Grey from Black Clover that he’s cosplaying today?

Tabata Sensei: [laughs] It’s great! I’m so impressed! He supposedly made that outfit himself. I was wondering what he had been doing, but I’m blown away by the result. And he’s doing different characters each day. 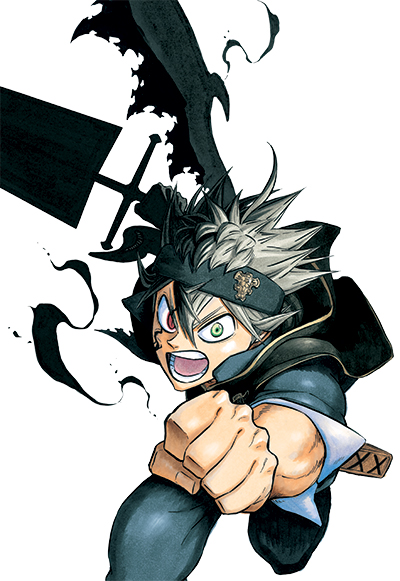 TEAM JUMP: If you could speak to Asta, what advice would you give him?

Tabata Sensei: Oh, geez… Advice? I feel like he’s a better person than me, so he should be giving me advice. Maybe I’d tell him that if he really wants to win over Sister Lily, maybe he shouldn’t be so aggressive?

TEAM JUMP: Black Clover has so many amazing characters. How do you balance the story so each character gets some attention?

Tabata Sensei: Yeah… I’m not sure I’m doing that well. There’s so many characters I want to feature more, so it’s something I need to work on. When I hear from the fans about which characters they like, that does make me want to feature them more, but I’m not sure I’m balancing things well enough. The current arc has large groups fighting each other, so I’m trying to let each character get the spotlight, but it’s not easy. I think I need to do better.

TEAM JUMP: I thought making the good characters who hadn’t been featured much into enemies in this current arc was brilliant.

Tabata Sensei: Oh! Thank you! I do feel bad that some characters finally get their big moment only to then lose. 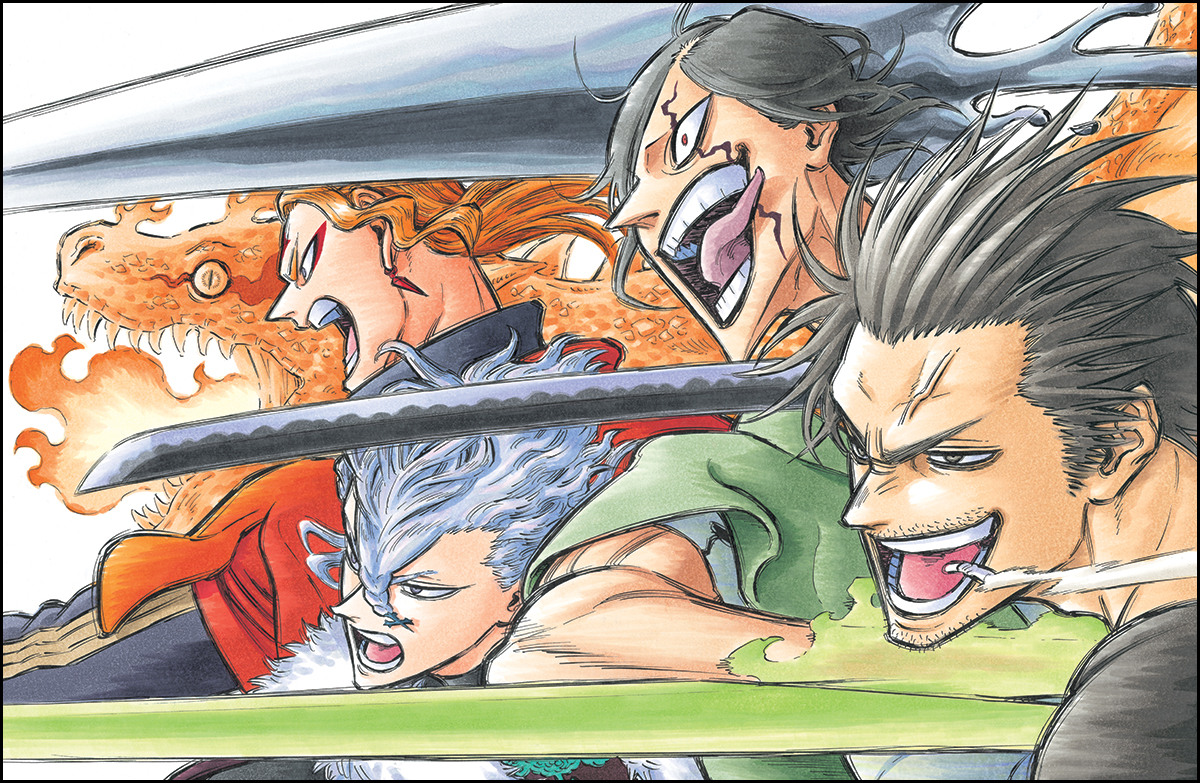 TEAM JUMP: What sort of magic did you use to create a character as amazing as Mereoleona?

Tabata Sensei: Thank you!! That makes me so happy. I probably did use magic. I was under so much pressure that I had to use magic. Mereoleona is a character that has a lot of rage in her and that’s something that everyone has a little bit inside of them, right? And so do I. Sorry for being negative, but I think she was born when all my anger had built up and was finally released.

Tabata Sensei: I do that to my assistants.

TEAM JUMP: Annaliese was planning on cosplaying as Mereoleona, but didn’t get the costume done in time. Hopefully next year.

Tabata Sensei: Wow! I can’t wait to see that! You’ll definitely look great as her. 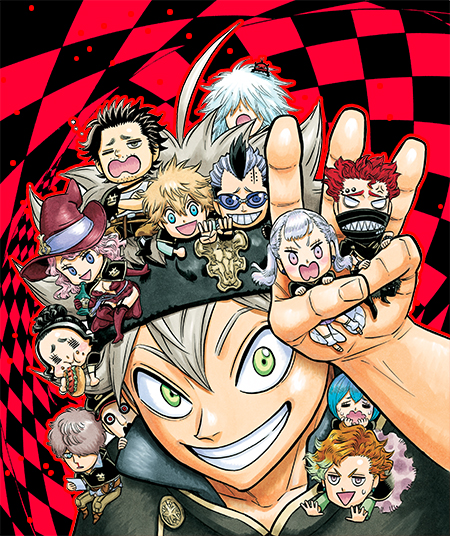 TEAM JUMP: What is the most important aspect of a character's design for you in Black Clover?

Tabata Sensei: Let’s see. Hmm… I think making sure the characters are easy to remember is important. Like giving them traits that make it easy for the reader to remember them. But the most important thing for me is to feel good drawing them. If I’m getting frustrated, I’ll change them a bit. I kind of keep designing until the character feels really good to draw. So it’s all based on my feelings. That’s important to me.

TEAM JUMP: Some manga artists will have their characters change pretty dramatically after they introduce them, but Black Clover characters seems really solid from their first appearance.

Tabata Sensei: Oh! I think you’re right. They don’t change too much. I do get more used to drawing them, so the parts that change is that I’m able to draw them easier.

TEAM JUMP: Do you consider the elves to be the “bad guys”?

TEAM JUMP: Will a character based on your dog Amelie appear in the manga?

Tabata Sensei: Not as of now, but that might be a good idea. It might be really funny to create a human version of Amelie. Though Nero is a bit like her. I’ll have to think about that one.

TEAM JUMP: You cut Finral's hair and he doesn't have a girlfriend yet. Will he get one soon?

Annaliese: Two years ago, you said he’d get one.

Tabata Sensei: Oh, that’s right. Then he might get one! He has a chance now with that one girl, but I’m not sure what I should do yet. Who do you want him to end up with?

Annaliese: I just want him to be happy!

TEAM JUMP: After reading the recent chapters, I feel like Nozel might become the next Wizard King. Am I right?!

TEAM JUMP: Er… Actually, I don’t want to be spoiled. Well, I just noticed how well you’ve developed Nozel from a total jerk to a good guy.

Tabata Sensei: Thank you so much!

TEAM JUMP: Was that planned from the start?

Tabata Sensei: Well, I wasn’t sure how I was going to do it, but I did plan on him being good from the beginning. I’m not sure how good of a job I did though.

TEAM JUMP: Please tell us a few characters that could be good Wizard Kings.

Tabata Sensei: Who would be a good Wizard King? Well, I’ll start off with Nozel! [laughs] Nozel or Fuegoleon or… Well, I guess I’ll throw in Yami as well.

Tabata Sensei: Thank you so much.

Annaliese: Why is the writing in Asta’s grimoire different from everyone else’s?

Tabata Sensei: Oh! Well, that’s… Can I reveal that? [everyone laughs] It’s because the text is in the demon language. That’s why only his is different.

TEAM JUMP: Thank you so much for your time!

Tabata Sensei: No, thank you for having me!