Our special guest for this year’s New York Comic Con is Yusei Matsui, the creator of the zany, bizarre and touching comedy Assassination Classroom. To commemorate Matsui-sensei’s visit we’ve put together digital sales for his Assassination Classroom, a series which will go down as one of the best comedies from Weekly Shonen Jump magazine. 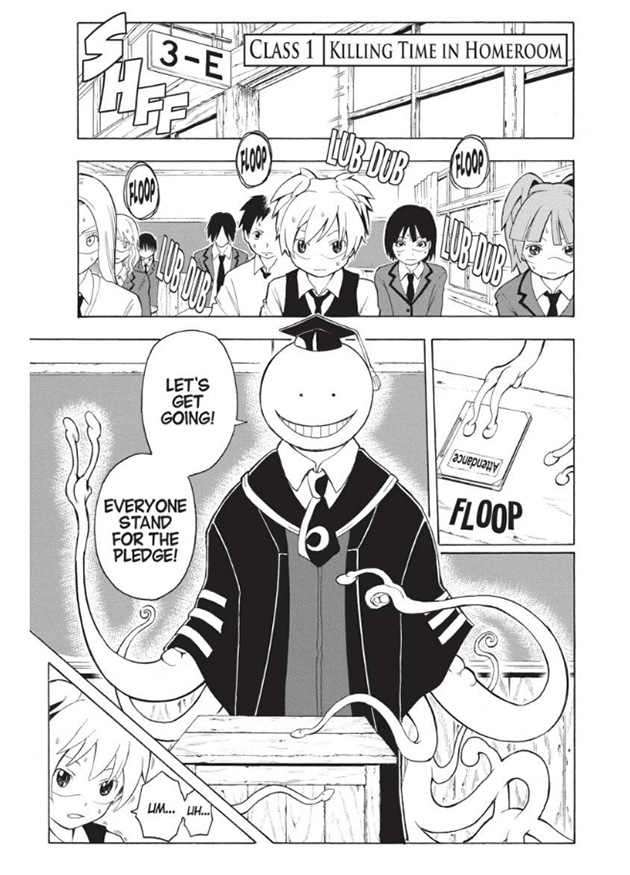 When told of the premise of Assassination Classroom the result is often a scratch on the head…and for good reasons. One would think that a manga about a classroom of misfits and their tentacle alien teacher who plans on destroying the world is strange. It is strange. It is strange, weird, bizarre and definitely out of the ordinary, but it is also an intriguing drama featuring a cast of memorable characters and touching moments between them. Assassination Classroom stands out as one of the best recent series from Weekly Shonen Jump, one that any fan of great shonen comedy needs to read.

All volumes are on sale for only $4.99 until 10/10, and available on major digital platforms, including VIZ.com.*

We also have a special limited-time digital bundle that includes Assassination Classroom, Vols. 1-11, available for only $45 exclusively on VIZ.com and comiXology.

New to the series? You can read chapter 1 for FREE here.

Series Synopsis: Ever caught yourself screaming, “I could just kill that teacher”?

What would it take to justify such antisocial behavior and weeks of detention? Especially if he’s the best teacher you’ve ever had? Giving you an “F” on a quiz? Mispronouncing your name during roll call...again? How about blowing up the moon and threatening to do the same to Mother Earth—unless you take him out first?! Plus a reward of a cool 100 million from the Ministry of Defense!

Okay, now that you’re committed... How are you going to pull this off? What does your pathetic class of misfits have in their arsenal to combat Teach’s alien technology, bizarre powers and...tentacles?!

And you can see the latest deals, discounts and digital sales here on VIZ.com/sales!

*Actual prices and availability may vary.