An action-packed thriller and source of the hit Netflix drama where the only way to survive is to play the game!

Created by Haro Aso | MoreLess about Alice in Borderland

Eighteen-year-old Ryohei Arisu is sick of his life. School sucks, his love life is a joke, and his future feels like impending doom. As he struggles to exist in a world that can’t be bothered with him, Ryohei feels like everything would be better if he were anywhere else. When a strange fireworks show transports him and his friends to a parallel world, Ryohei thinks all his wishes have come true. But this new world isn’t an empty paradise, it’s a vicious game. And the only way to survive is to play.

In 2004, Haro Aso received Shonen Sunday’s Manga College Award for his short story “YUNGE!” After the success of his 2007 short story “Onigami Amon,” Aso got the chance to start a series of his own—2008’s Hyde & Closer. In 2010, his series Imawa no Kuni no Alice (Alice in Borderland) began serialization in Shonen Sunday S. Zom 100: Bucket List of the Dead is his follow-up series.
Add favorite  Favorited Manga Trailer

The first game starts with a bang, but Ryohei manages to beat the clock and save his friends. It’s a short-lived victory, however, as they discover that winning only earns them a few days’ grace period. If they want to get home, they’re going to have to start playing a lot harder.

Other Alice in Borderland volumes

If you like Alice in Borderland, VIZ Editors recommend: 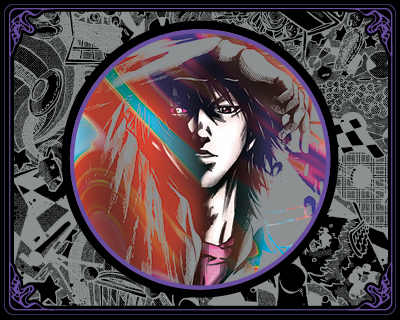 Never miss a new release. Add Alice in Borderland to your favorites, and start following it today!