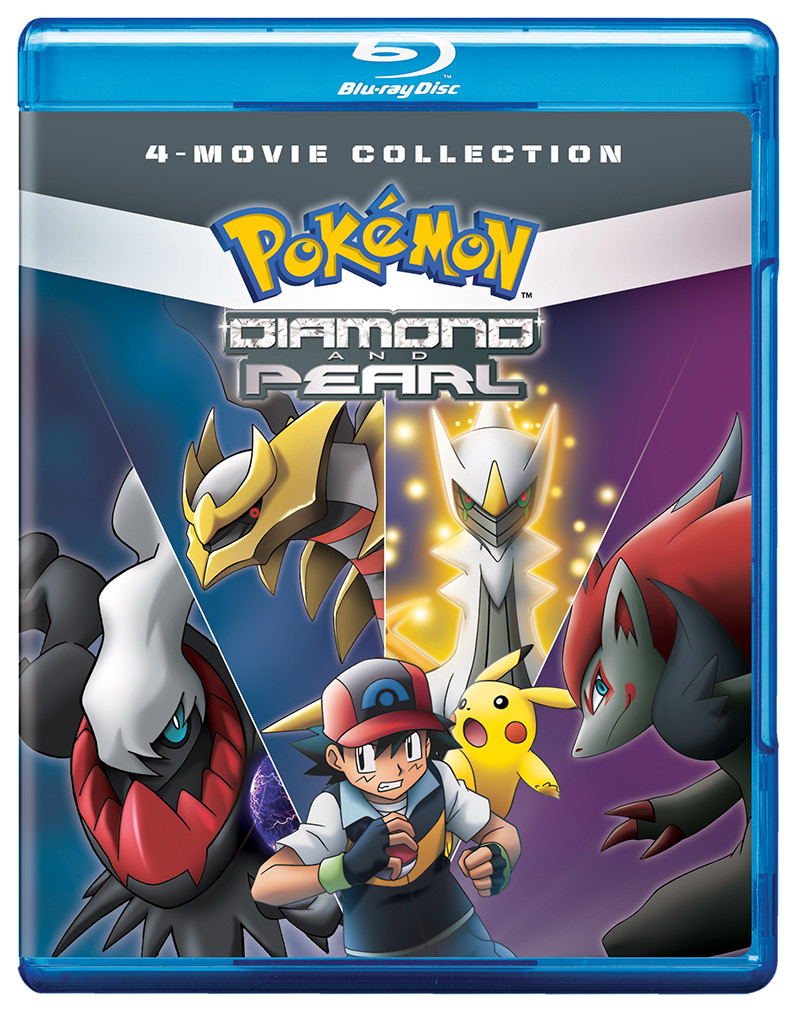 While on their way to a Pokémon Contest, Ash and his friends pass through Alamos Town, home of the Space-Time Tower. Along with the beautiful Alice, our adventurers discover that something is inflicting terrible nightmares on Pokémon and people alike! Baron Alberto, a dashing but arrogant fellow, immediately blames this turn of events on Darkrai.

Who is Darkrai? Is it a fiend or a friend? Meanwhile, a battle between Legendary Pokémon Dialga and Palkia rages directly above the town, threatening to tear a hole in the space-time continuum! Will Ash and his friends survive this showdown and learn Darkrai's true nature?

Deep in the heart of a mysterious forest, a Pokémon named Shaymin stumbles into the midst of a battle between two powerful Pokémon, Dialga and Giratina. Ash and friends meet up with the feisty Pokémon and discover their common interests – a love nature and a wish to explore the connections between humans and Pokémon. But in a spectacular turn, a Pokémon of legendary status awakens – the colossal Regigigas! How will Ash and his friends get out of this predicament?

Long ago, Arceus granted a fragment of its awesome power as the Jewel of Life to help the town of Michina in its hour of need, only to be betrayed when it was time for that power to be returned.

Now, Arceus—enraged, vengeful, and seemingly unstoppable – has returned to reclaim that stolen power. Not even the combined might of Dialga, Palkia, and Giratina can stop Arceus from devastating all existence across multiple dimensions.

But Ash and his companions, joining forces with their new friend Sheena, may have discovered the only way to set the ancient betrayal right. But will they have time to return the Jewel of Life before Arceus destroys everything and everyone they've ever known?

The Pokémon Baccer World Cup is the most anticipated event of the year. As hundreds flock to Crown City to watch the exciting competition, Ash, Pikachu, and his friends, encounter a mysterious new Pokémon they have never seen before - Zorua

Suddenly, the Legendary Pokémon Raikou, Entei, and Suicune show up rampaging through the streets while the mighty Zoroark unleashes its fury on the town. It’s up to Ash and his companions to discover the secret behind the immense and powerful forces at work. Can they find enough courage, strength and friendship to unearth the mystery and save Crown City?

All 4 movies are presented on 2 Blu-ray discs.

Pokémon the Movie: Volcanion and the Mechanical Marvel