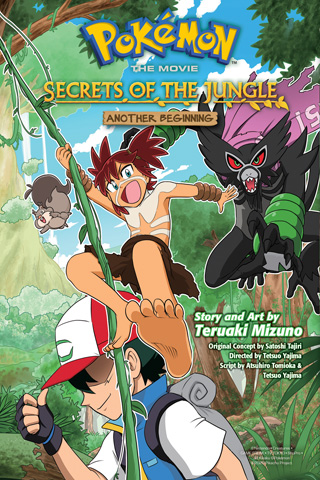 Pokémon the Movie: Secrets of the Jungle—Another Beginning

Hidden deep in a secret jungle, far from any humans, there is a Pokémon paradise—beautiful and peaceful, but governed by strict rules. Ten years ago, the Mythical Pokémon Zarude found the abandoned baby Koko and decided to break the rules, raising him as its own child. Since then, Koko has been isolated from other humans…until now.

Pokémon: Arceus and the Jewel of Life

Pokémon Ranger and the Temple of the Sea