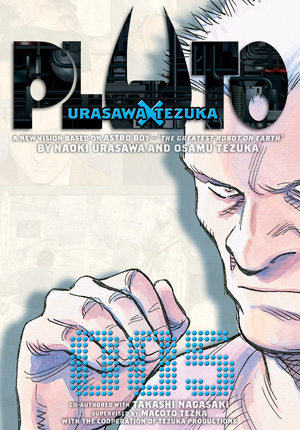 Deep into his investigation of the serial murders of the great robots of the world and the former members of the Bora Survey Group, Gesicht discovers the hatred that exists between man and robot. He also begins to unlock another mystery about a memory of his own that had been locked away and all but forgotten...Meanwhile, the mighty Hercules is out for revenge and is finally about to take on the mysterious Pluto!