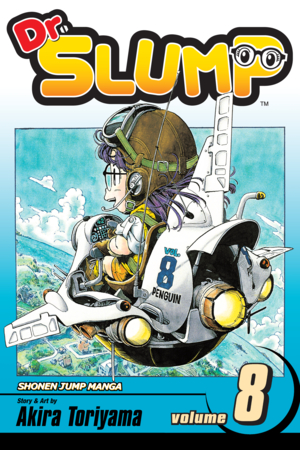 In the epic "Penguin Village Wars," Arale and friends must battle the forces of evil: two alien buttheads and a megalomaniac armed with robotic poop. Elsewhere, Senbei's helper robot force-feeds him ramen, a carjacker refuses to ride with bad drivers, and a miniature house controls destinies in the real world.