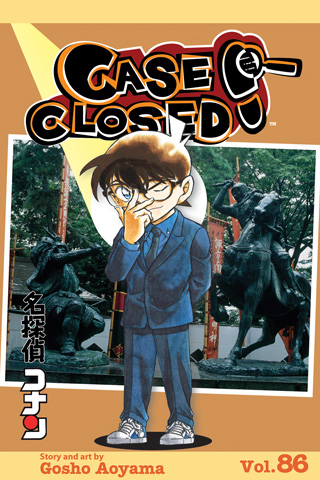 When an heiress drowns in a hotel pool, Conan and Sera are on the scene to dredge up the truth. Then a screenwriter is found dead in a scenario straight out of one of her mystery scripts. And Conan and Harley investigate a mythical beast that seems to be committing very real murders.

Meanwhile, Conan tries to learn something—anything—about Rum, the high-ranking Man in Black who’s as secretive as he is dangerous. There’s also the question of the strange little girl monitoring Conan and his friends from a distance. With these mysteries lurking in the shadows, how can Conan keep his mind on his cases?