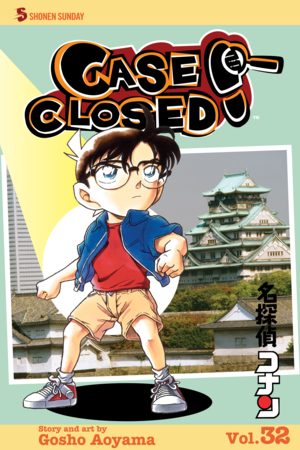 The legendary samurai Toyotomi Hideyoshi has just died a second time: a historical re-enactor playing Hideyoshi has been killed at the daimyo's own Osaka Castle. Time for Conan to make history stop repeating itself--and for Osaka native Harley Hartwell to pick up a wooden sword and eke out some old-fashioned justice!

Then Detective Moore attends a star-studded engagement party on the arm of idol singer Yoko Okino…but the festivities are cut short when one of the stars of Yoko's old girl group is attacked in the bath!