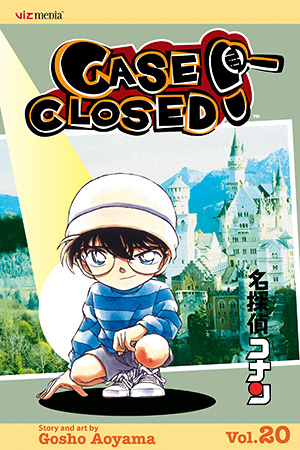 Conan is baffled by a murder at a snowbound mansion--and with stage magicians for suspects, anything seems possible. Is this really a case of murder by magic? As the mini-detective tries to conjure up a solution, he doesn't suspect that he's about to cross paths with an old nemesis! Then Detective Moore's dream comes true: he's going to see his favorite singer, Yoko Okino, in concert! But he's forced to cancel his big night out when a girl dies in a locked bathroom. Is it a case of suicide...or revenge?