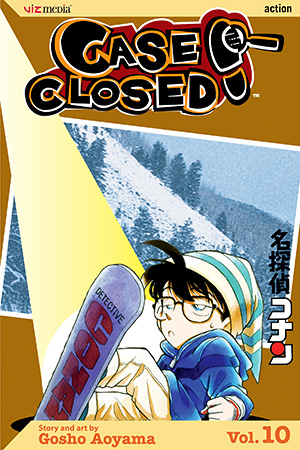 A diplomat is found dead in his study and Conan's on the case. But what exactly happened? The elder statesman was definitely murdered, but the door and windows to his private chamber were all locked from the inside. How in the world did the killer escape?

And, as if that wasn't bad enough, Conan and his pals get swept up in a missing person caper at the local library. Murder, kidnapping and drug smuggling aren't exactly the sorts of things condoned by librarians. What's the connection? Conan thinks he knows the answer but he's got more pressing things to worry about--like escaping the deadly grasp of the fiendish miscreant!