As soon as Aoi got whisked away to Kakuriyo, it was a given that she’d charm all the demons who looked down on her for being a human. That’s how these stories go. But Aoi isn’t winning over new friends by being super kind—she’s actually rather brusk and doesn’t put up with nonsense. 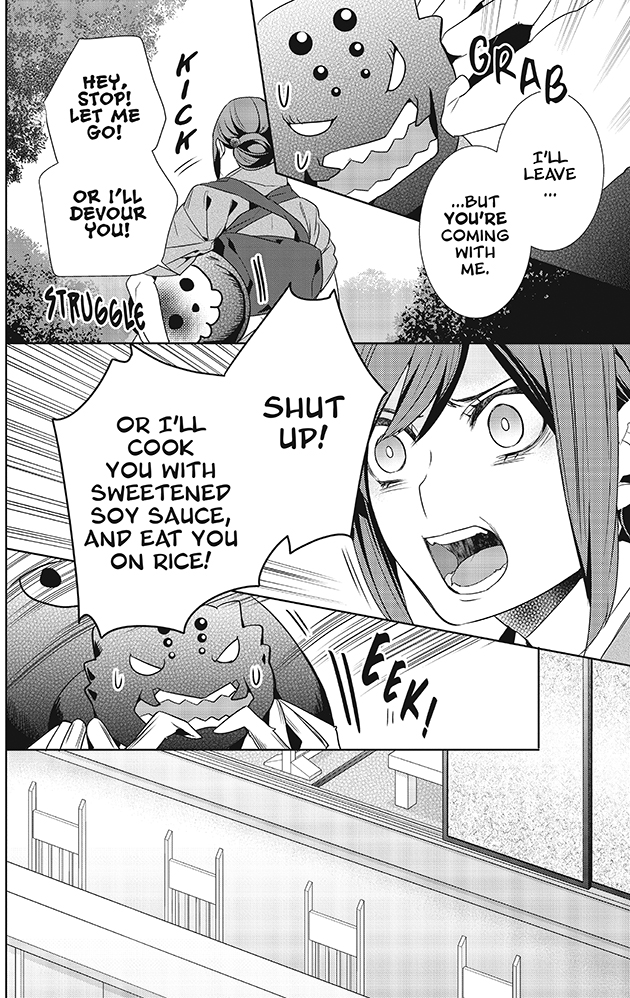 She respects that the demons are more powerful than her and could eat her if they wanted to, but for all that she isn’t afraid to stand up to them and tell how things are going to be. She even tries to advocate for the Snow Woman who has it out for her! 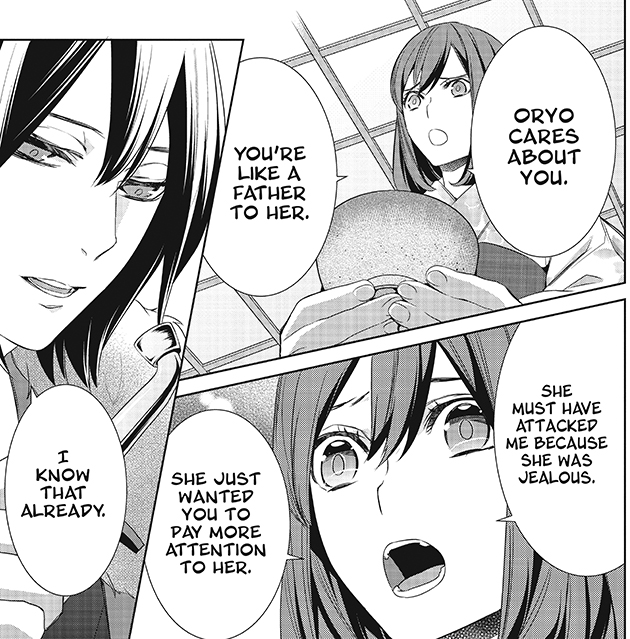 In volume 3, Aoi’s special brand of caring is turned on the spider demon siblings, Akatsuki and Suzuran. Suzuran has plans to journey to the human realm, which Akatsuki vehemently opposes. This causes a violent rift between the siblings that seems irreparable.

Aoi wants to help for Suzuran’s sake, which unfortunately means getting to know her brother better. Akatsuki, the general manager, has been adamantly against Aoi’s presence at the inn from the very beginning. At first Aoi thought he just really hated humans. But as she tries to repair the siblings’s bond with food and tough love, she learns of the rough early years they spent in the human realm. As children, they only had each other to rely on, and their one goal was survival. 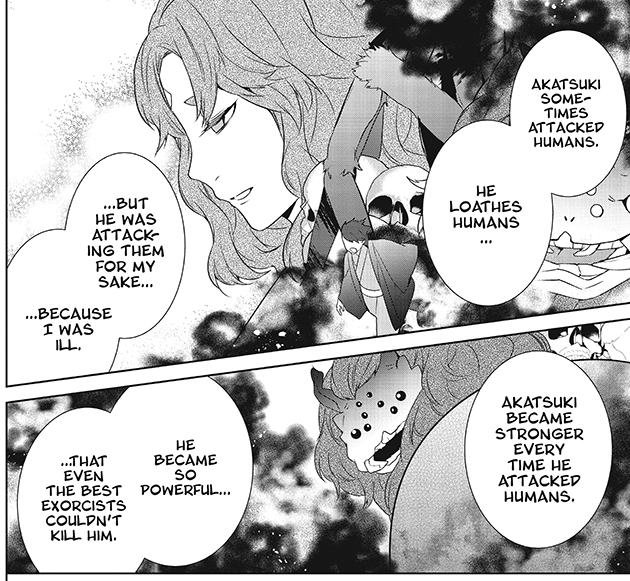 Aoi helps the two spider demons realize that having different goals as adults doesn’t have to ruin their relationship, and in the process, Aoi uncovers some truths that shine a new light on her relationship with her grandfather, Shiro. The new knowledge isn’t exactly comfortable, but it does allow her to address a deep regret she had about her grandfather’s passing. He wanted his last meal to be something she cooked, but it ended up being hospital food. Now, by getting involved with the spider demons, Aoi was able to visit his grave and give him a proper last meal. 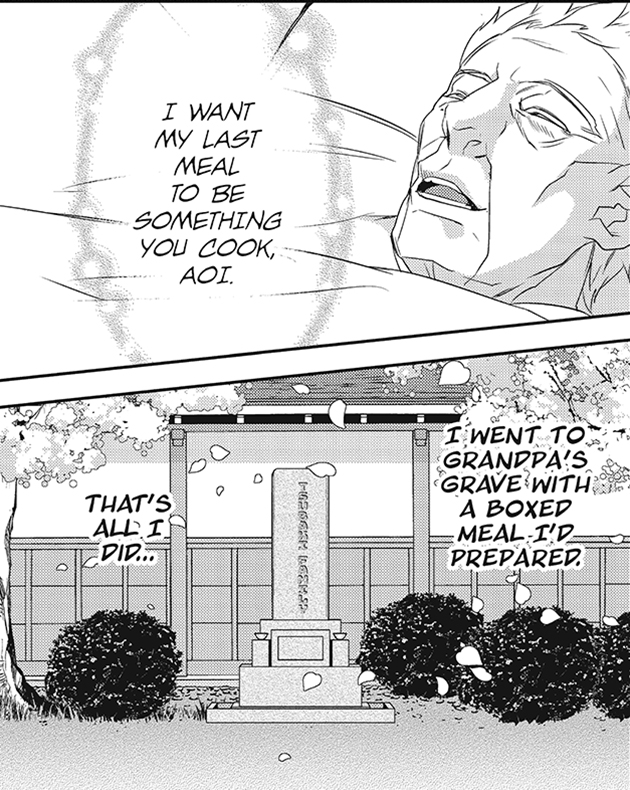 When Aoi first found herself in Kakuriyo, her only goal was survival. But as each day passes, she is coming to see that forging bonds with the demons around her not only makes her time at Tenjni-ya easier, it makes her life better.