Natsume had a troubled childhood, bedeviled by yokai and shuffled from relative to relative after his parents died. He was a perpetual outsider who saw monsters and was constantly getting mysteriously injured, and none of his foster families wanted to get close to such a weird kid. Even though his situation has stabilized now that he lives with Aunt Tôko and Uncle Shigeru and he can call many people his friends, he still isn’t used to having those connections and never takes them for granted. It makes him a good friend, but it also means he ends up in some sticky situations, such as the time the loquat harvest took and abrupt turn to the haunted. 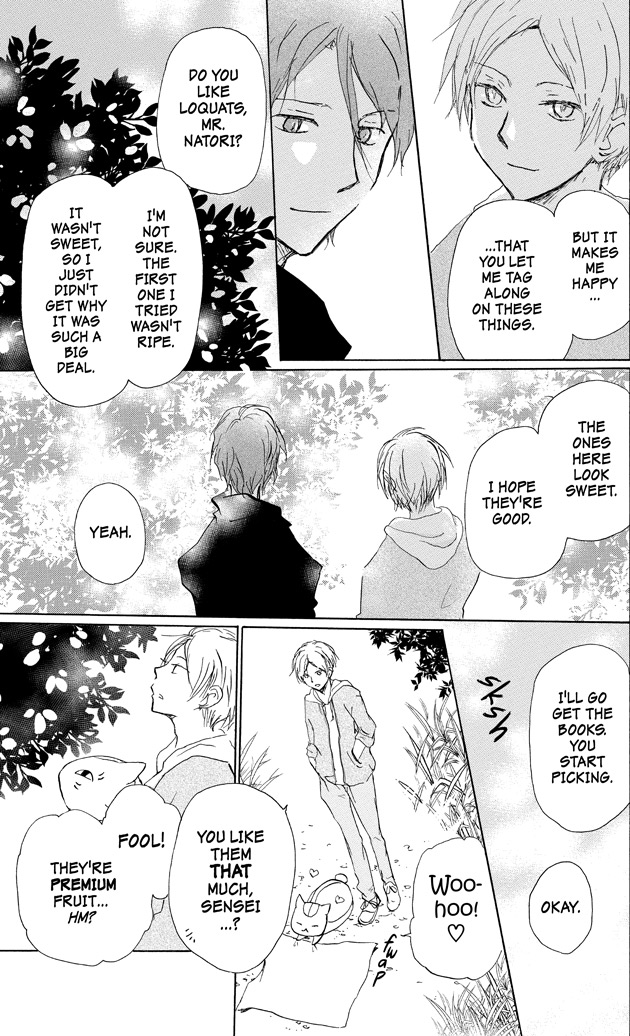 Natusme and his famous movie star friend Natori are picking some loquats at a house they once helped clear of troublesome yokai. But their pleasant outing is interrupted when Natsume notices something odd going on at the house next door. 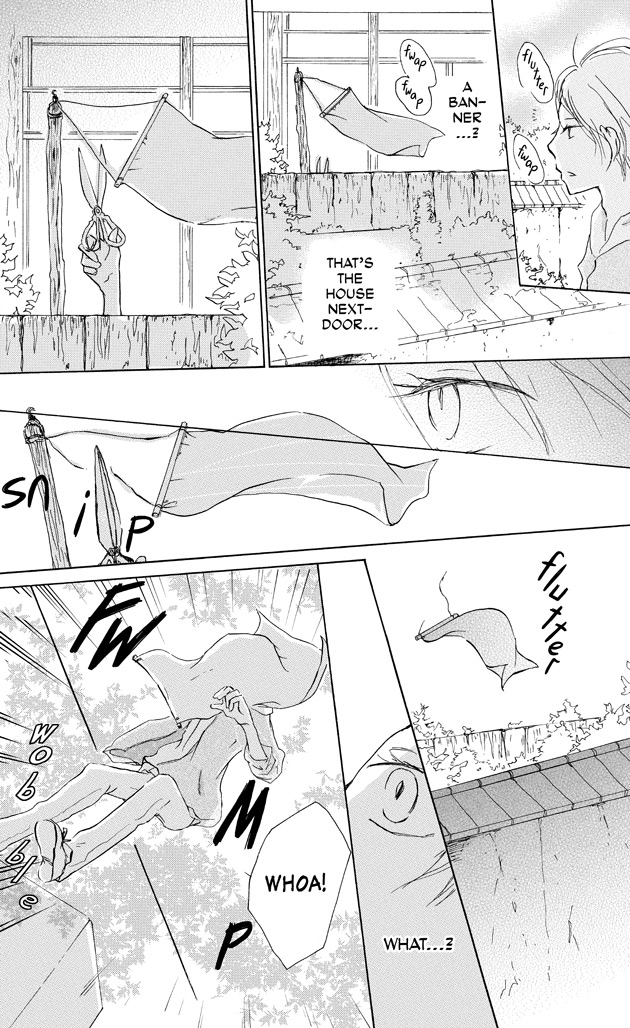 It turns out that the Matoba clan of exorcists is performing a welcoming ceremony for the house’s new guardian spirit. Three spirits guard the house in rotation, and not all of them are very nice. If the ceremony goes wrong, the new spirit could run amok and curse the entire clan.

Natori agrees to help Matoba make sure the ceremony runs smoothly, and Natsume sticks around to help Natori. Natsume doesn’t approve of the Matoba tactics in dealing with yokai, but he trusts Naotri and wants to be able to help him in any way he can. Natori is the first person who ever made Natsume feel like he wasn’t alone, and Natsume wishes there was some way to help Natori in an equally profound way. 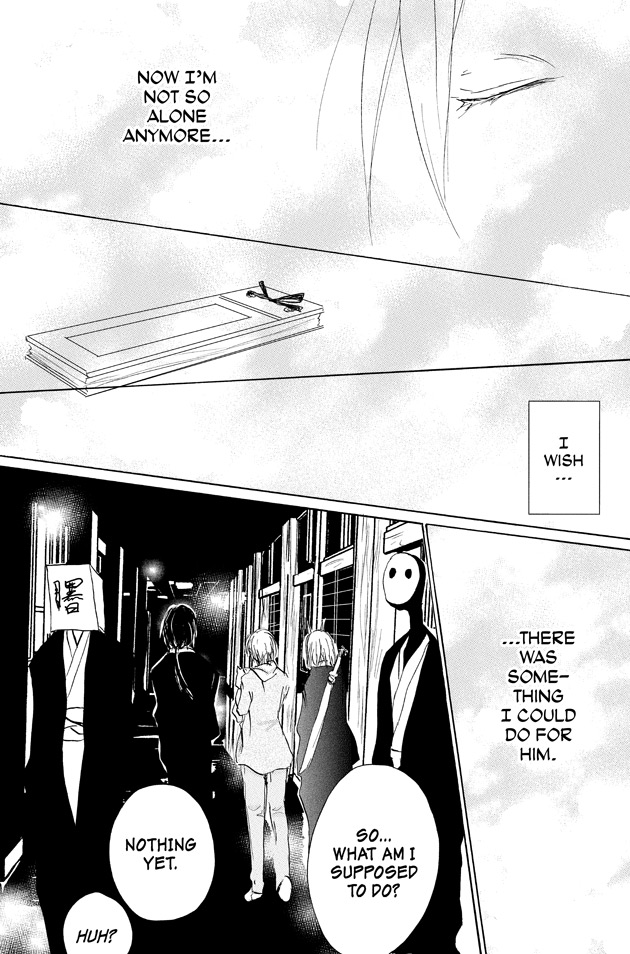 While Matoba explains the welcoming ceremony to them, Natsume realizes that someone or something in the house is trying to sabotage the event. He’s tasked with hunting the saboteur down and keeping them away from the ceremony. But in true Natsume style, things get complicated. He doesn’t just want to banish the yokai causing the problems. He wants to understand the root of the yokai’s anger and help if he can. His concern gets him into trouble but also inspires the yoke to rescue him. It’s classic Natsume. 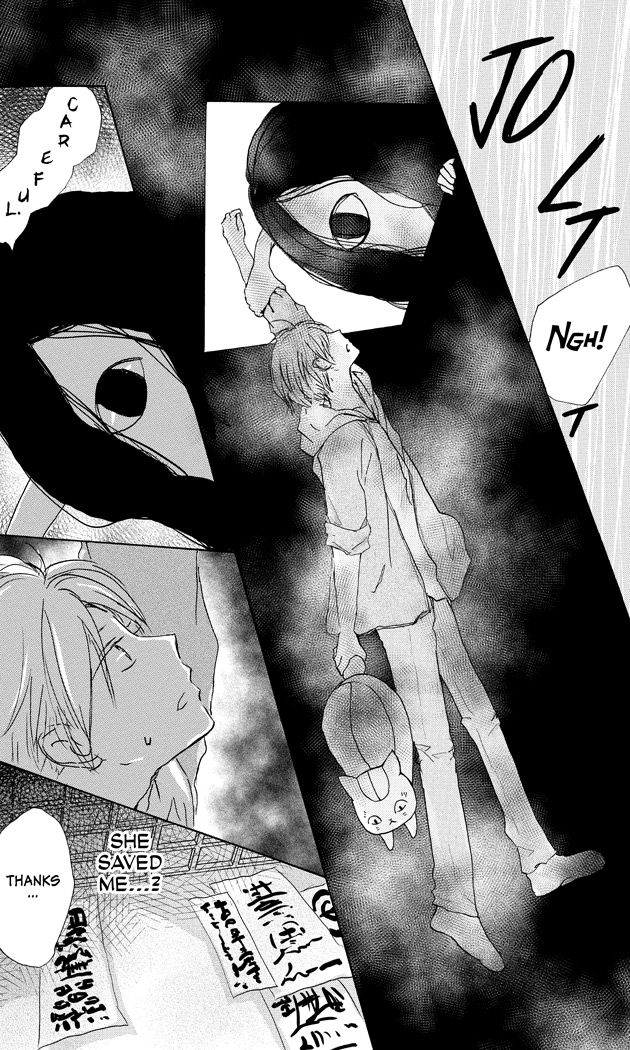 It turns out the yokai was once spared from exorcism by the head of the household. She wanted to repay the debt somehow, but the exorcist kept telling her to get lost. Instead she hid and stayed near him, waiting for her chance to help. She thought disrupting the welcoming ceremony would please him, not realizing that he was long dead. Natsume, who understands that painful desire to help all to well, is able to share the yokai’s memories and see that the exorcist wasn’t telling he to get lost. He was telling her to be free. With his kindness and compassion, Natsume helps her undergo an emotional exorcism that allows her to escape the pains of the past. The Matobas may rely on the literal, destructive form of exorcism, but the more Natsume sees of the world the more he understands that there is another way. Helping rather than hurting heals the world instead of just temporarily hiding the ugliness. One day maybe Natsume’s good nature will lead him to a way to help his dear friend Natori too.