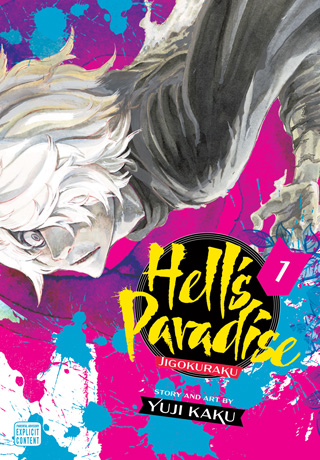 In Yuji Kaku's Hell's Paradise: Jigokuraku, Gabimaru the Hollow is one of the most deadly ninja in feudal Japan. Sentenced to death after being betrayed by his village, Gabimaru is faced with a choice: find the elixir of life for the shogun or lose his life. Paired with a Yamada Asaemon executioner named Sagiri, he travels to an island rumored to be paradise, but find nothing but supernatural creatures that are eager to rain down pain and destruction upon them. 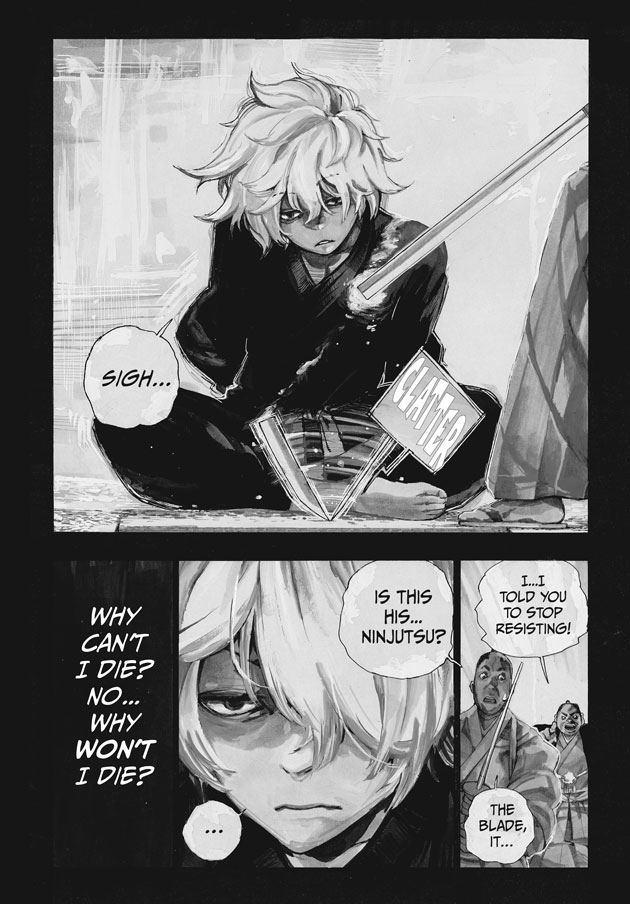 Reader, I love it.

It's rare to find a book that you perfectly jibe with. There are books I love deeply that still aren't aimed exactly for my heart the way Hell's Paradise is. Ninja? Assassins? Designs inspired by philosophy and religion? A tight story with great character relationships? Great draftsmanship, action choreography, and inventive special moves? Hell's Paradise has—to exaggerate only a little—basically everything I like in a manga. 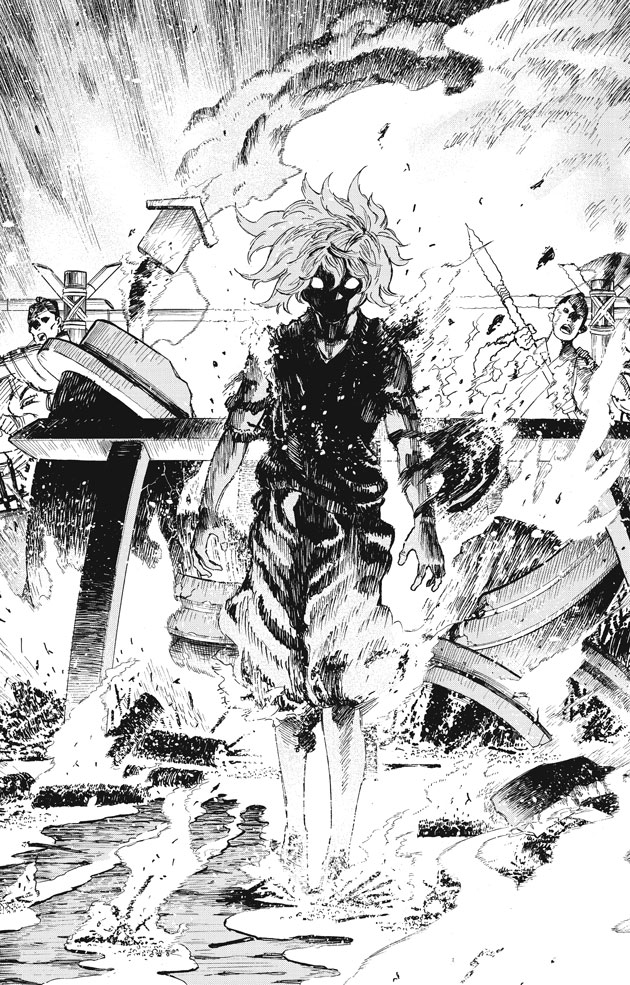 Before I was a manga editor, I was comics critic, and before that, I was a kid who read comics and manga. And one thing I've loved since childhood are well-executed fight scenes. It's not as simple as just two people punching at each other or shooting fireballs. It can't just be violence for its own sake. Great fight scenes have expertly-executed stakes, interesting choreography—the panel-to-panel storytelling must be tight!—and characters that are either being pushed to their limits or are forced to interact in creative ways. 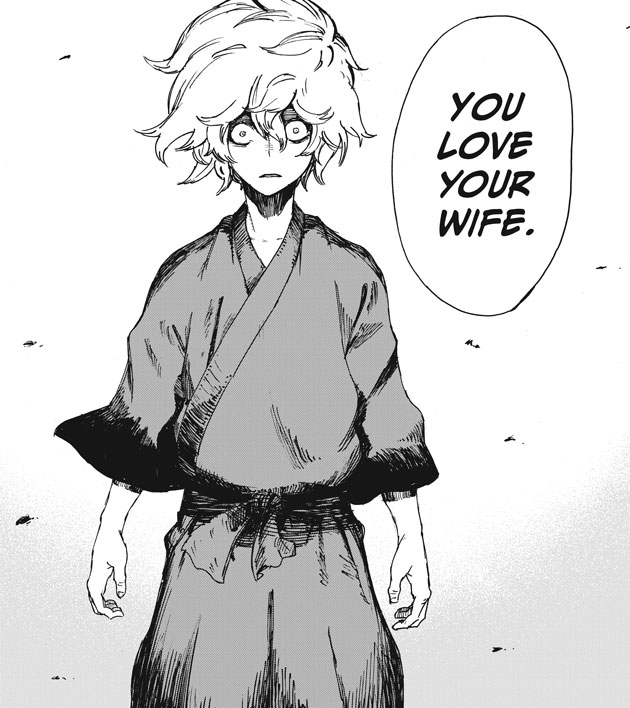 You can see a great fight scene at the end of JoJo's Bizarre Adventure: Stardust Crusaders, when Jotaro and DIO are battling for the final time. DIO seems utterly invincible, as he's decimated Jotaro's team and brutalized Jotaro himself. After spending ten volumes watching Jotaro surpass challenge after challenge, DIO himself proves to be the ultimate challenge...and a challenge that Jotaro more than rises to meet. The stakes are clear (if DIO lives, Jotaro's mother dies), the storytelling is crisp, and the way the two characters use their abilities elevates both characters.

Hell's Paradise hits me with a similar feeling. It's set on an island filled with dangers, which means that our characters end up going through a lot. The island itself serves as a crucible. We know that Gabimaru is ferociously talented. We know that Sagiri is a more than capable swordswoman. But the island takes them both out of their comfort zones and forces them to use their abilities in new and intriguing ways. 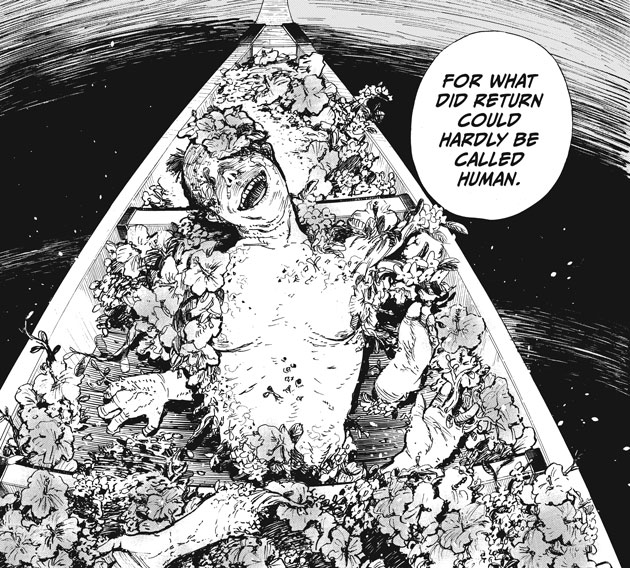 They don't just fight the supernatural beasts on the island, either. In addition to Gabimaru, several other criminals have been freed from death row in order to find this elixir, each one of them vicious killers. Gabimaru is one of the most brutal shinobi around, but contending with monsters, bandit chiefs, blood-crazed serial killers, and worse puts even his prodigious abilities to the test.

That test is what makes fight scenes so much fun for me. I know what Gabimaru is capable of and I know how he operates. These monsters and rivals take him to the limit (or, if they don't measure up, provide for a brief diversion), and that's how fascinating fight scenes are made.

It's not all about the fights, of course. Hell's Paradise: Jigokuraku has a large cast of great characters, from samurai executioners to ninja assassins. Understanding the characters makes the fights even more exciting, and keeps me glued to the plot, too. 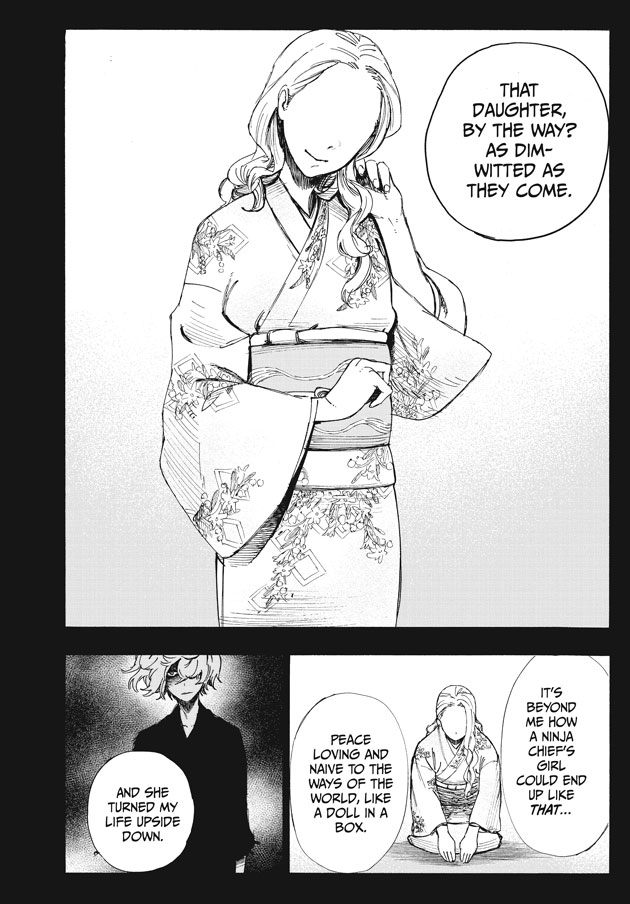 There's so much to enjoy about Hell's Paradise: Jigokuraku, from Kaku sensei's fantastic artwork and storytelling to the way the story artfully incorporates a wide variety of supernatural philosophies and entities, that even just narrowing it down to "the fight scenes are great!" doesn't truly, truly get across the appeal of the series. But if you do try it out, you'll get to discover a great manga from volume one.