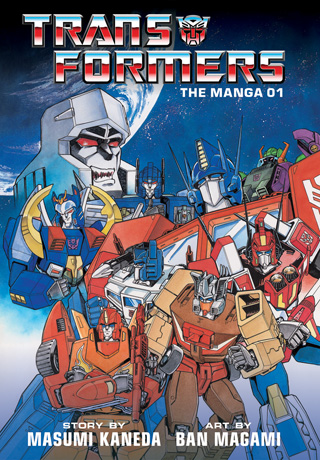 Last year, we published Transformers: A Visual History, a 408-page tome collecting some of the most iconic, rare, and thrilling Transformers-related material from across over thirty years of the franchise. That book had a ton of material that was hard to find or previously only available in Japan...and now we have even more!

The original Transformers cartoon was the dawn of Generation 1 and the big bang that led to the wide-spanning universe we enjoy today. In Japan, TV Magazine—similar to TV Guide, more or less—ran a long series of articles that detailed everything the budding Japanese Transformers fandom could possible want to know—promo material about upcoming episodes, details on plot twists and new developments, and, incredibly, manga based on the newborn series. These stories existed alongside the original run and eventually diverged into their own parallel canon as the manga took familiar characters into new realms for the franchise, not least of which was Japan itself! 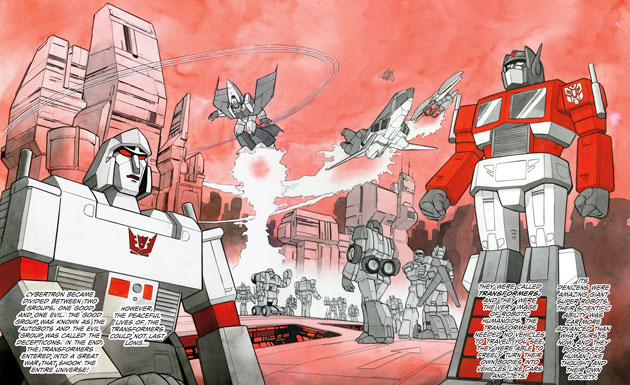 Written by Masumi Kaneda and drawn by Ban Magami, these stories perfectly captured the exciting tone of the original cartoon. Aimed directly at the kids who were eager for more Transformers material, they created stories that ran the gamut. They introduced Kenji, a young boy who quickly becomes a trusted and valued ally for the Autobots. He accompanied the Autobots on the type of adventures that kids the world over wished they could have, from helping the Autobots save humans from the Decepticons to getting to ride around in the cockpit of a couple of his friends.

Magami-sensei's art is as perfectly pitched as Kaneda-sensei's story. Where Kaneda-sensei captures the vibe of the classic cartoon, Magami's art is marvelously expressive and detailed. The Transformers bots look charming, a sublime mix of great mechanical design and really entertaining facial expressions and body language. The Transformers bots—both Autobots and Decepticons!—crack jokes and have fun in ways you've never seen before, full of '80s swagger and child-friendly jokes. We meet animals that are dedicated to justice, car robots that would do anything to further the Decepticon cause, and, of course, all of the robot fighting action you can handle. 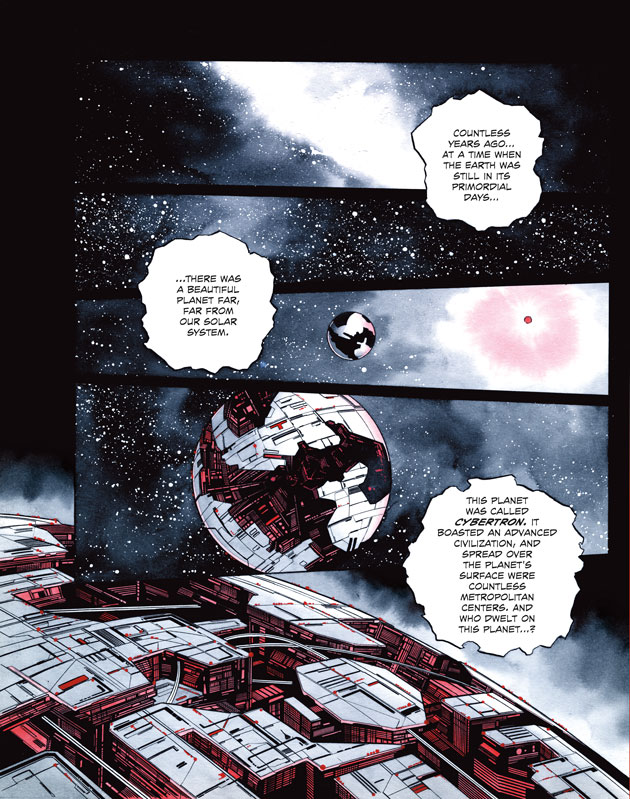 Translating this volume is Abby Lehrke, who successfully captured the voice of the show. Under her careful translation, these bots sound just like the Autobots and Decepticons you remember from your youth. Brandon Bovia, the letterer for this edition, went to town. He found the perfect font for the dialogue, something that suggests comics but still feels thrilling and appropriate, and he absolutely knocked the sound effects out of the park. 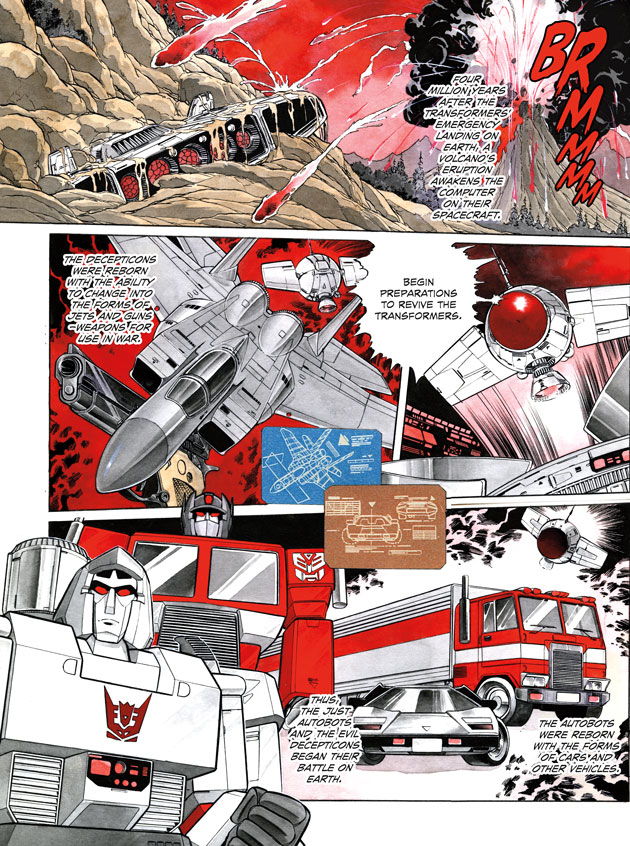 Transformers: The Manga is super easy to pick up, no matter how old you are. There's not a lot of continuity to worry about, and the tone of the stories is perfectly appropriate for kids or nostalgic Transformers fans. Kids will appreciate the excitingly weird adventures that Kenji goes on, while the adults who check out the manga will love the tone and the frankly amazing plot developments that happen over the course of the volume. What happens when the Decepticons kidnap a dog for their mysterious and nefarious purposes? What could have possibly made the citizens of Japan think that the Autobots have betrayed them? What in world is the Autobot Special Omni-Domino Attack? 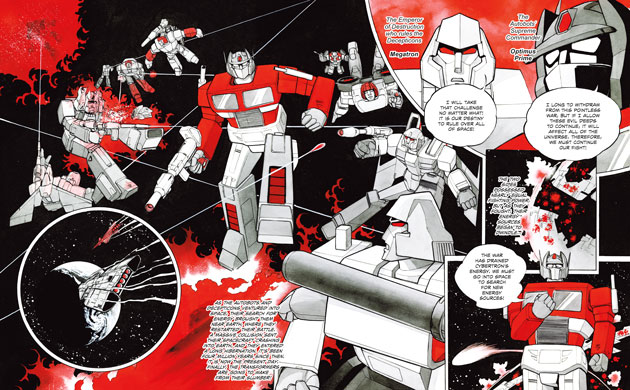 You'll have to grab the book to find out!

The first of three volumes, Transformers: The Manga, Vol. 01 spans 346 pages, and includes a very extensive art gallery collecting further material from TV Magazine in addition to three complete stories that have never before been printed in English. It's the kind of book that's perfect for reading on a lazy spring day or to a kiddo just before bedtime.