Bleach fans are some of the most passionate in all of fandom. Usually after a series ends the passion of its fans slowly subsides as they move on to something new, but Bleach fans are different. They’re as active on social media as ever and always ready with a suggestion (or two) on the future of this franchise. Just what is it about this series that continues to fuel so many fans’ passions for so long? With the final volume already out and the last box set hitting streets on November 6, I’m going to ask SJ editors and fans what it is they love about this series! 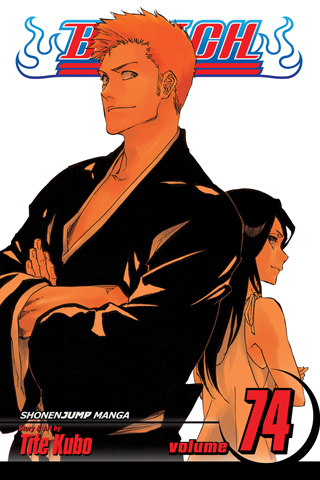 The first thing that comes to mind when I think about Bleach is how dang stylish the whole thing is. Everyone, even the bad guys, looks like they’ve just walked off the runway at Fashion Week. When I was editing it, I always looked forward to the introduction of new characters and what amazing hair, makeup and clothing they’d be sporting. I’m guessing Tite Kubo got a lot of joy out of creating the character designs, and that shines through. The exuberance of the designs always impressed me.

Another thing I like about Bleach is the focus on teamwork. There are teams or groups in many of the other shonen manga I’ve worked on, but when you get down to it, those stories are about a contest to win or a grade to get, and at the core it’s every character for themselves. But in Bleach, every gain your friends make means the world is one step closer to being safe, and your team is that much better equipped to have your back. There is tons of conflict in the manga, but it’s about beating adversaries and not about beating your allies. Everyone strives to reach their personal best and to protect the world together. Those are my favorite kind of stories, and Bleach is a really great example of the power of working together. Hey, even the bad guys are all about teamwork! 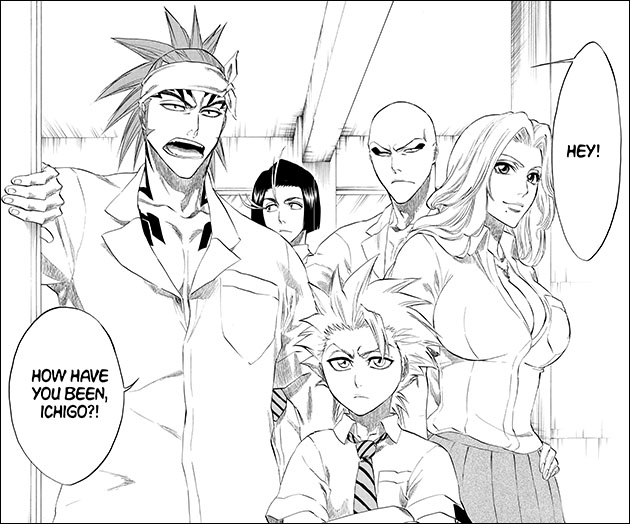 I edited Bleach during the later arcs and it was a blast! In some ways, it was an easier series to edit compared to other manga. Gotta love those chapters that are full of amazingly beautiful art, but not as much text. Kubo Sensei really knows how to set the mood and give a scene a feeling of epic-ness. But this series was also a major challenge thanks to all the complicated technique and character names. You try remembering how to spell Grimmjow Jaegerjaquez. (I just tried and got "Jaegurjacks." Close enough?) But it was in those unique names and crazy Bankai techniques that the series really shined. One of my favorite aspects of working on Bleach was translating the poems at the beginning of each volume. These were often quite challenging since I can't write poetry to save my life. But it was really rewarding when I felt like the translation captured the spirit of the Japanese version. I've experienced a deep feeling of emptiness ever since the series has ended. Almost like I have a hole in my heart...Bleach, I'll miss you! 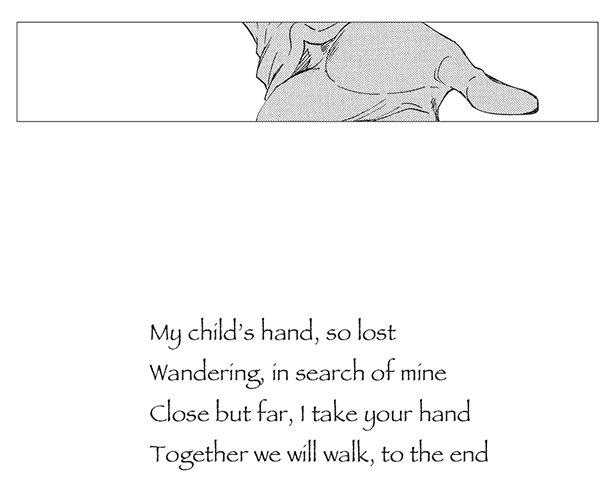 The short version is that I grew up with Tite Kubo's Bleach. The long version is that when I was coming back to the US after high school, the manga boom was in full swing, and Bleach was the perfect series for me. I hadn't been regularly reading comics and manga for a while and got back into them thanks to bookstores. Bleach worked. It was as cool as the Gorillaz, spooky on occasion and had some of the best and most interesting character designs, not to mention Kubo Sensei's skill as a draftsman.

The older I got the more I appreciated it. Kubo Sensei dealt with a lot of the usual shonen themes—friendship, overcoming adversity, incredibly good fight scenes—but he also dug into loss, difficult parent/child relationships, growing apart from your friends...and he did it all while drawing some of the coolest manga pages I've ever seen. The Thousand-Year Blood War arc that closed out the series was nineteen volumes of some of my favorite drawings in the whole run, and reading it every week in Shonen Jump guaranteed that I'd see at least one incredible splash page or layout before the chapter was done. It is an incredibly inspirational and interesting comic, especially for someone who's creative and loves good action scenes.

Bleach is a classic. Tite Kubo is a legend. 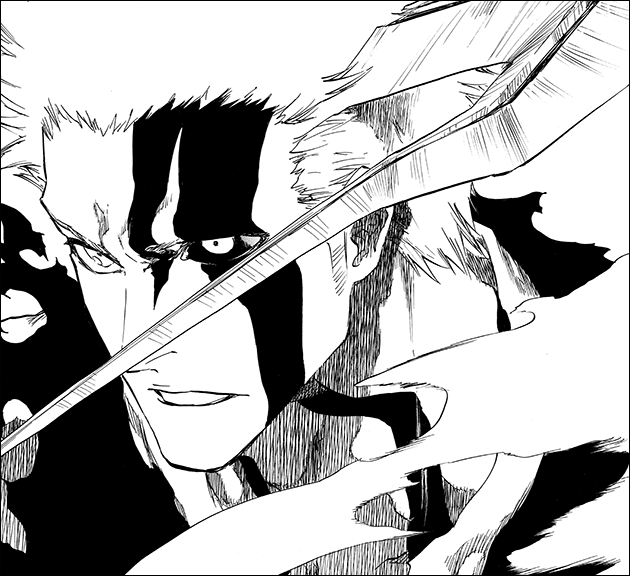 Let me tell you about the one thing people either don't realize or don't pay attention to when reading Bleach...it's SUPER FUNNY! And to me, the comic relief moments are the ones that are the most memorable. Don't believe me? Let me present you with some overwhelming evidence:

EXHIBIT A: KON! How much funnier can you get than a pervy, cowardly plushie? And one that can also inhabit the bodies of humans as well! Plus, the repeating joke of Rukia stomping on him never fails to get a chuckle.

EXHIBIT B: DON KANONJI! A fraudulent exorcist who just so happens to hold his over-the-top performances at sites where real Hollows exist!

EXHIBIT C: ANYTHING TO DO WITH URAHARA! He tends a shop. With a muscly bald cool-mustachioed guy. With a baseball-bat carrying boy. With a quiet, dopey-looking girl.

I can keep going! So read Bleach and laugh! It's good for you. 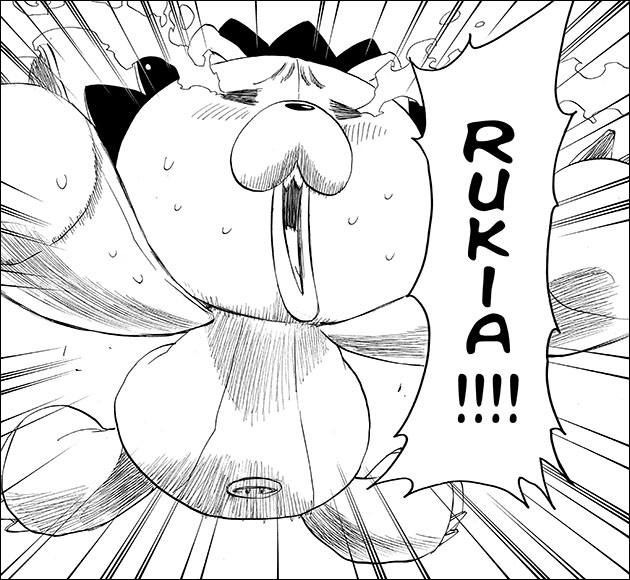 The main reason I love Bleach is the art. Tite Kubo is one of those artists that helped push the boundaries of manga and comic art in general. Some of his art is so extreme it takes a little while to understand what you’re looking at, but once you get it, it blows your mind. It’s a risky move to make something like the angle of a sword so extreme it’s nearly abstract, but it pays off handsomely, because once the reader figures it out, it’s so cool it’s impossible not to be impressed.

He’s also one of the best character designers that's ever lived. In any medium. He is the king of cool. That’s probably one of the reasons Bleach was and continues to be so heavily cosplayed, it just looks rad. And he has a talent for the macabre. The design of many of his Hollows and villains is as chilling as it is impressive. And unique! I’ve watched one zillion horror movies and I’ve never seen monsters like his. An absolute triumph in design.

And…he’s funny! The comedic energy in the Bleach manga keeps the series crackling along. And Kubo Sensei's not afraid to drop a hilarious joke right in the middle of the most dramatic moments. I think that’s one of the main reasons this manga managed to break out of the Otaku-sphere and appeal to so many mainstream people. 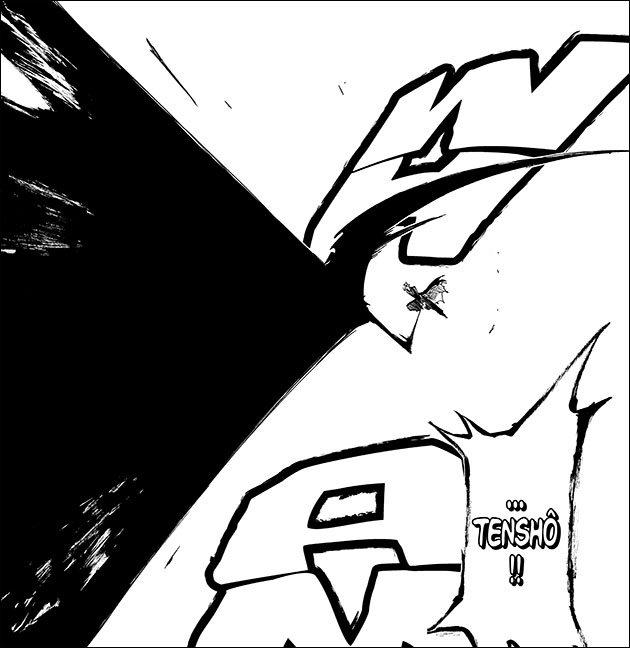 I asked Shonen Jump fans on our Twitter feed why they love Bleach and the response was overwhelming! Here are some of my favorite answers:

@LocalBones
Bleach was my catalyst for really falling in love with manga. I grew up with it, and reread the manga countless times. Revisiting its pages was like revisiting old friends. The cast, the amazing art, and the sense of poetry made Bleach something special. I’ll miss it. 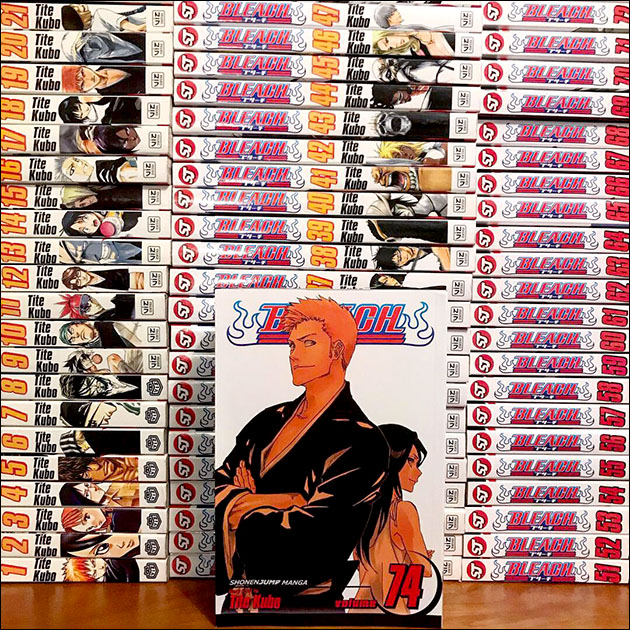 @RedScar64
To start with, it’s one of the most stylish shonen manga to come out of Jump. The powers, the characters, the settings, even the languages emanate cool. It has a multicultural vibe to it where each species is associated with a different language making them feel unique.

@Jordanevans_97
I love Bleach because it’s taught me the value of friendship and life, as we must be willing to make sacrifices for those we love and to always treasure the people we hold most dearest.  Bleach also taught me that no matter what happens you mustn’t give up, keep fighting! 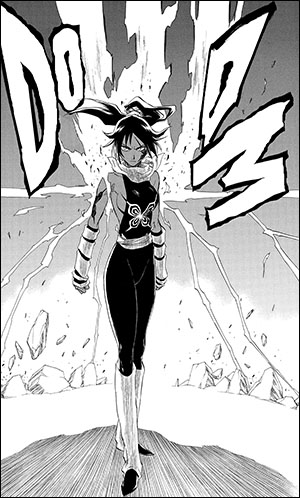 @CheyenneYoutube
One of the only manga/anime with amazing dark-skinned/black/brown characters that aren’t caricatures of black people. We stan!! I saw myself in a lot of characters, especially Yoruichi. Props to Tite Kubo.

@silver1princess
I love Bleach because the story is amazing, the artwork is amazing, and the characters are lovable--but most importantly it gave me hope and a reason to feel excited about life. It was a gateway to opening a door that I didn’t wanna close. I am very grateful to the author.

@sailorpluto1313
When you can remember the names of 50+ characters and which squad they belong to, etc. after years of not watching the anime/reading the manga, that really says something.

The character growth and interactions, as well as the story, are special even all these years later. 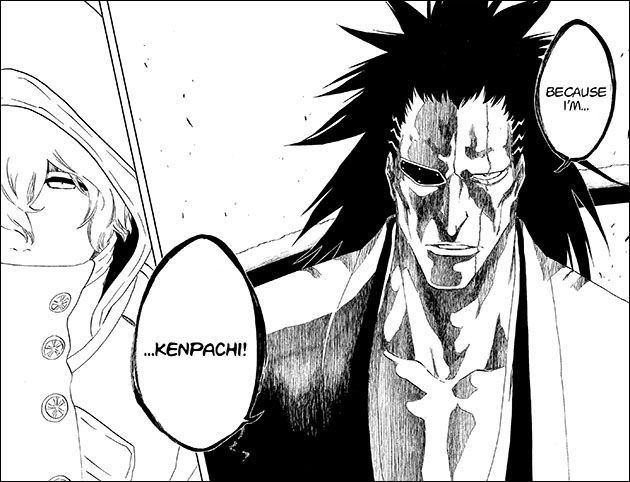 @Hyorenn
I love Bleach because of the art. It has some of the most outstanding art of all time, let alone the story. It's well made, full of amazing characters that feel like REAL people. Tite Kubo is a genius. You can see a lot of philosophy in Bleach, a lot of religious symbolism and great world building.

@Therocker0718
I love Bleach because of what it means to me. Bleach helped me to create a deeper bound with my brother. I've met so many great people and been able to let my spirit travel and dream every week, chapter after chapter. It gives me courage and makes me feel like anything is possible.

@goldbakugo
Ichigo is such a unique shonen hero for Jump. He isn’t striving for a title or to outshine anyone or impress his peers. His ultimate goal is to protect his friends, family, town and world. He’s incredibly selfless and it’s beautiful to watch him grow in the series. 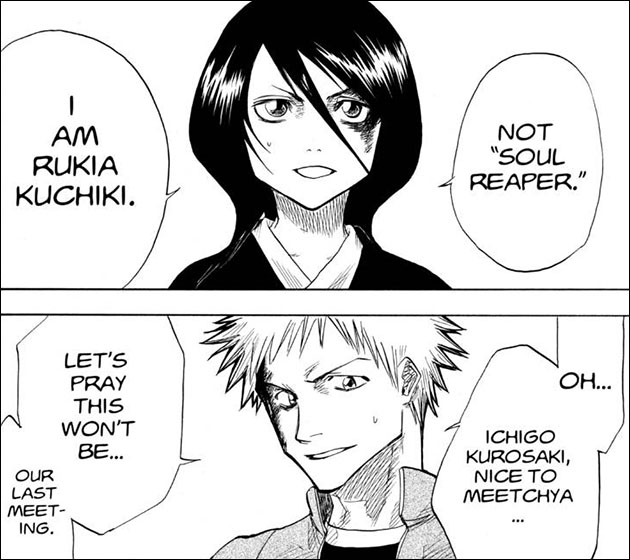 That was just a few of the 500+ responses we got on our Twitter feed. There were so many heartfelt messages it was truly inspirational. It's clear, despite the manga ending, it still means a lot to many, many people.

And the final box set will be available on November 6, but you can pre-order here. 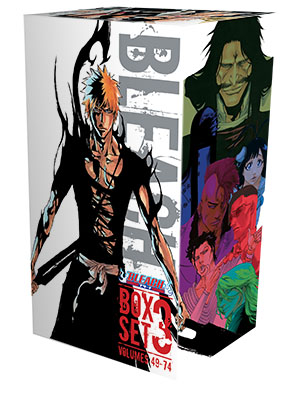