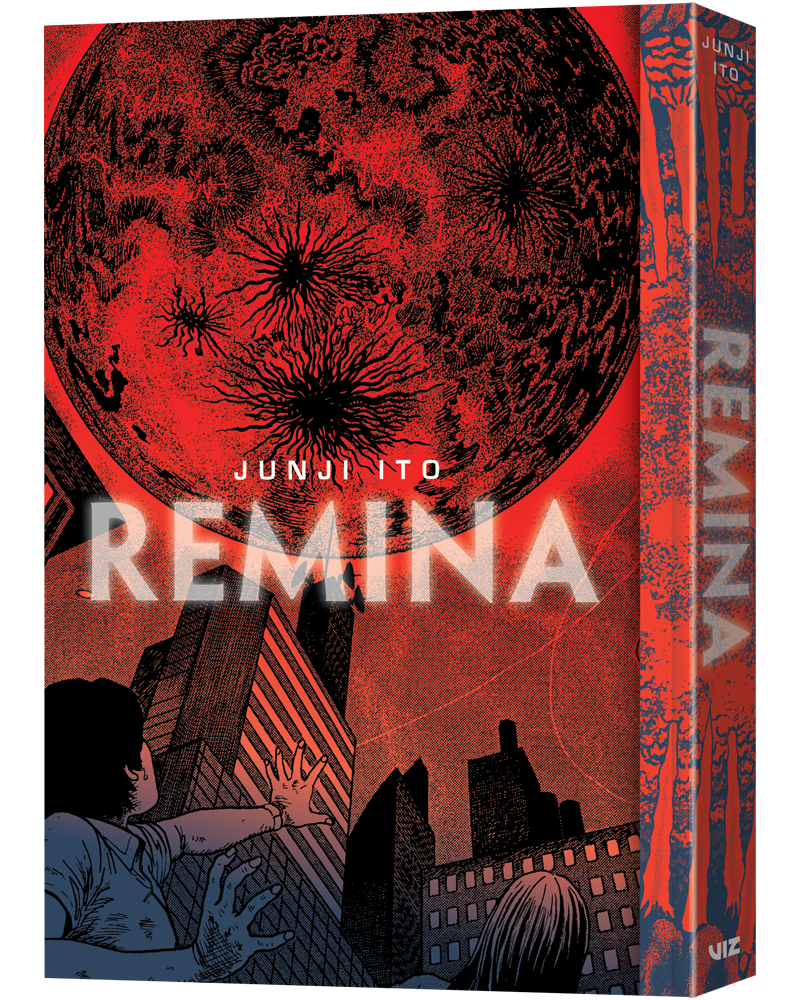 Although originally published in English in the late Nineties, Junji Ito is currently riding high on a wave of popularity that few mangaka achieve. And it’s well-earned. He is the undisputed contemporary master of Horror Manga. With his unique style and constant source of quality new material, he’s achieved something very few mangaka have—the ability to sell graphic novels on his name alone. And to a cross-section of people that are not all manga fans.

And these fans have been eating well! Over the past few years, there’s been a study stream of fancy hardcover releases including his latest, Remina. 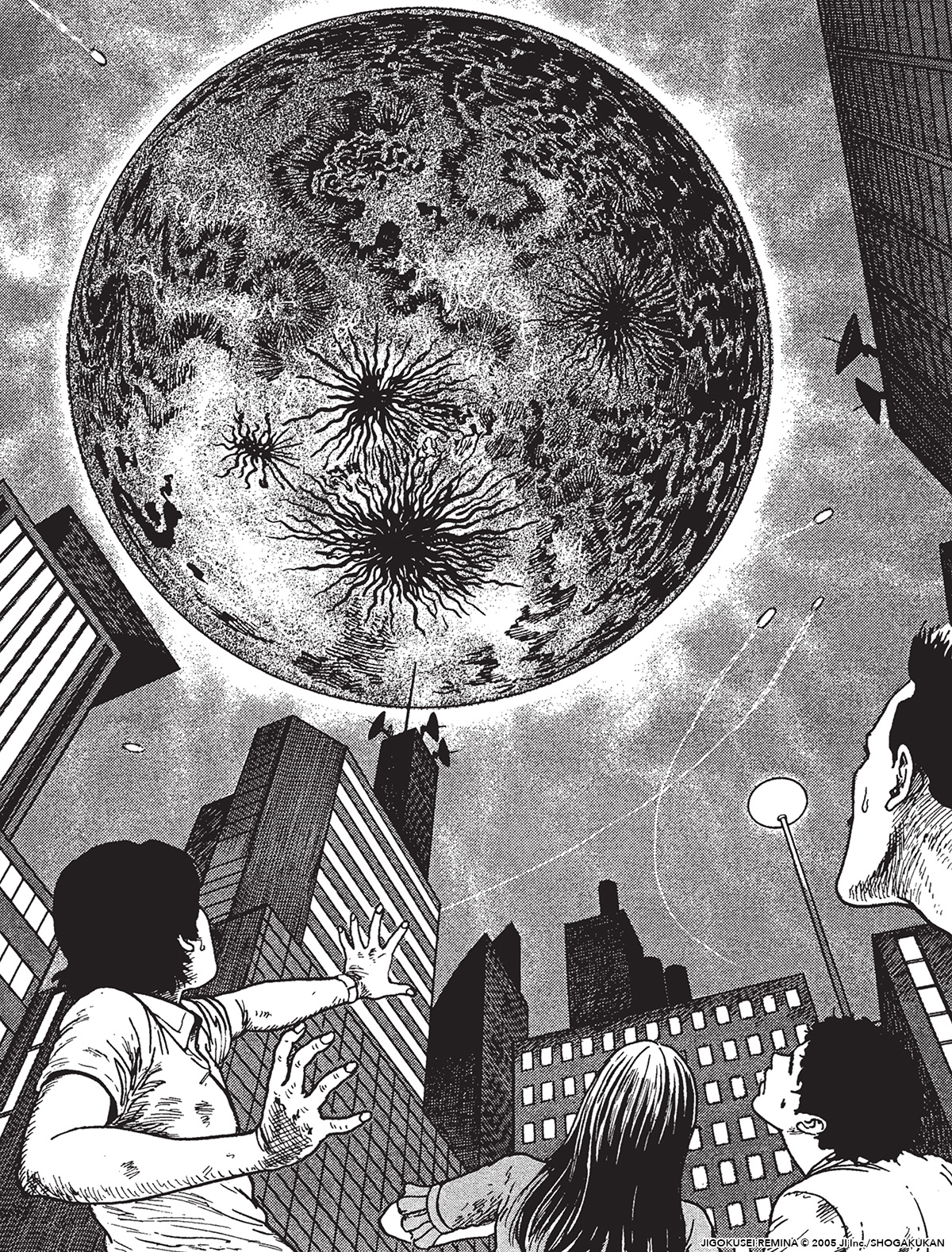 Unlike some of his previous works, this is not a collection of short stories but a full-length 250+ page tale of a planet stricken by madness for a young girl named Remina. Like many of Junji Ito’s tales, it all starts innocently enough. Remina’s father, an astrophysicist, discovers a strange planet from a different dimension. Naming the planet after his daughter in a live news conference makes her an overnight sensation. From there, she springboards to launch a successful modeling and pop star career. The world just can't get enough of the adorable Remina.

But the other Remina, the planet, begins acting very un-planet-like and makes a beeline for Earth, destroying every heavenly body in its way. With the possible impending doom of mankind, the world turns against Remina, blaming her and her father for calling this planet killer to Earth.

Then things really start to get crazy! 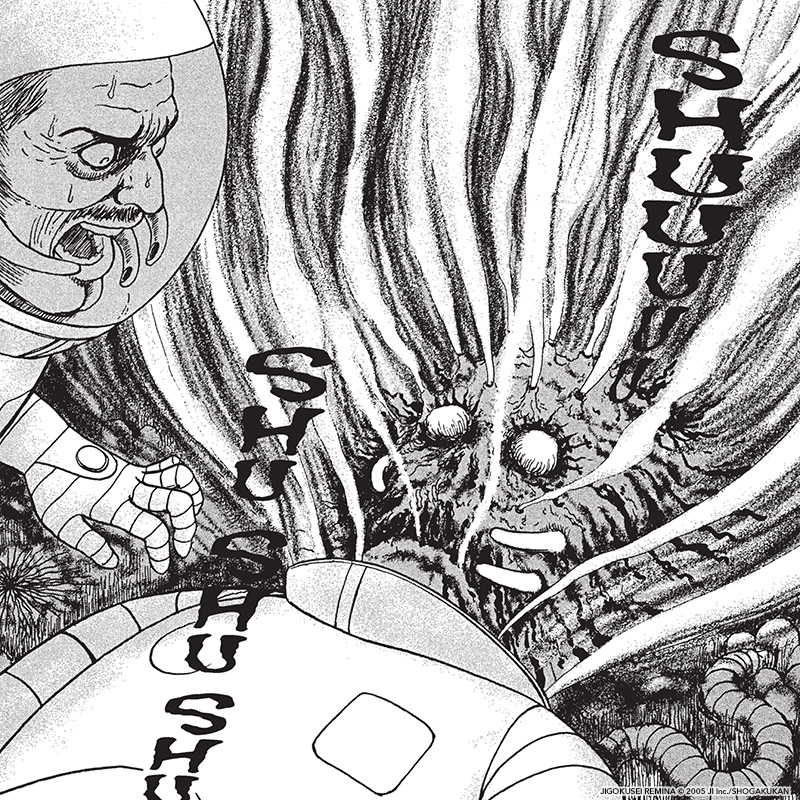 Although Junji Ito’s dabbled with Sci-Fi in some of his stories, he fully commits here with rocket ships and flying cars being part of everyday life. And he tackles the genre with ease, creating a natural feeling and believable future world. Everything else in the book is classic Ito Sensei: madness, obsession, mania, gruesome monsters (in this case, an entire planet!) and an innocent character caught in a world of insanity being hurled from one crazy event to the next.

Many of Junji Ito’s stories are intimate and deal with a few characters, but this one is on a planetary scale. One of his most ambitious and most outrageous tales to date and a perfect example of why he can sell a book with just his name. There may be two Reminas, but there is only one Junji Ito!

Read a free preview of Remina by Junji Ito here.