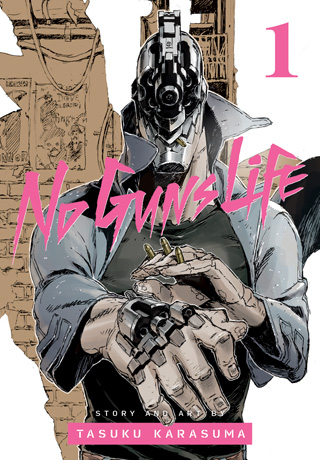 Cyberpunk as a genre of science fiction has been around for a few decades now, from Blade Runner to Akira to Ghost in the Shell to Altered Carbon. Although we now often talk about post-cyberpunk stories, with its cyborg private detective as the protagonist, No Guns Life by Tasuku Karasuma draws on one of the original inspirations of cyberpunk, the noir detective thriller.

Set in an unnamed megacity after “the War” where cybernetically enhanced soldiers are now the castoffs of society, and massive mega-corporations play with peoples’ lives, No Guns Life fits solidly in the cyberpunk genre.

The first thing you notice about No Guns Life is that the main character, Juzo Inui, has a giant gun for a head! That’s a pretty good hook and right from the very start, we want to know how and why the hero is the way he is. Juzo is a “resolver” and specializes in cases involving the “Extended”—cybernetically modified people like him. Juzo’s particular, peculiar cybernetic modification (known as an “Extension”) is the gun he has for a head. However, he has no recollection of his life before he was modified, nor who did it and why. 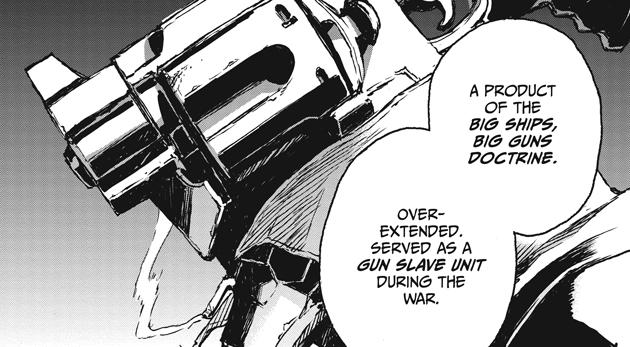 Juzo has it better than many of his fellow Extended, but not by much. He lives and works out of a dingy little office and is perennially short on rent. The story kicks off when a fugitive Extended on the run from the agents of the Berühren Corporation dumps an unconscious boy on Juzo. The boy turns out to be an experimental subject that Berühren will do anything to recover, including sending trained assassins out to find him. As Juzo investigates the boy’s origins, he gets drawn in to a deeper conspiracy that is tied to his own past. 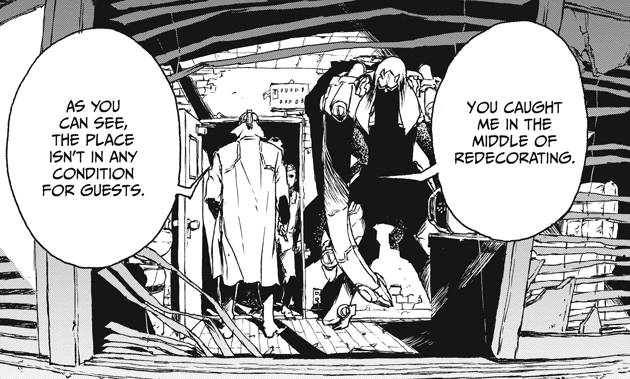 For a big guy with a giant revolver for a head, Juzo has a snarky sense of humor befitting a noir private eye. Interestingly, he can’t fire that gun by himself—someone needs to stand behind him to pull the trigger (in the war, cyborgs like him were known as GSUs—Gun Slave Units). He is, however, superhumanly strong since most of his body is also cybernetically enhanced. And he has great taste in footwear (loafers with no socks). 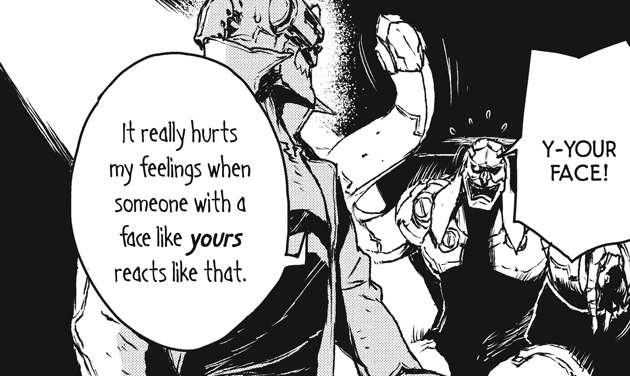 As a cyberpunk story No Guns Life treads familiar ground but does it with fun characters, smart dialog, intense art and action scenes, and a story that draws you in until you’ve just got to get to the next chapter to find out what’s going on. And of course, you’ll want to be there when Juzo fires that gun head of his! 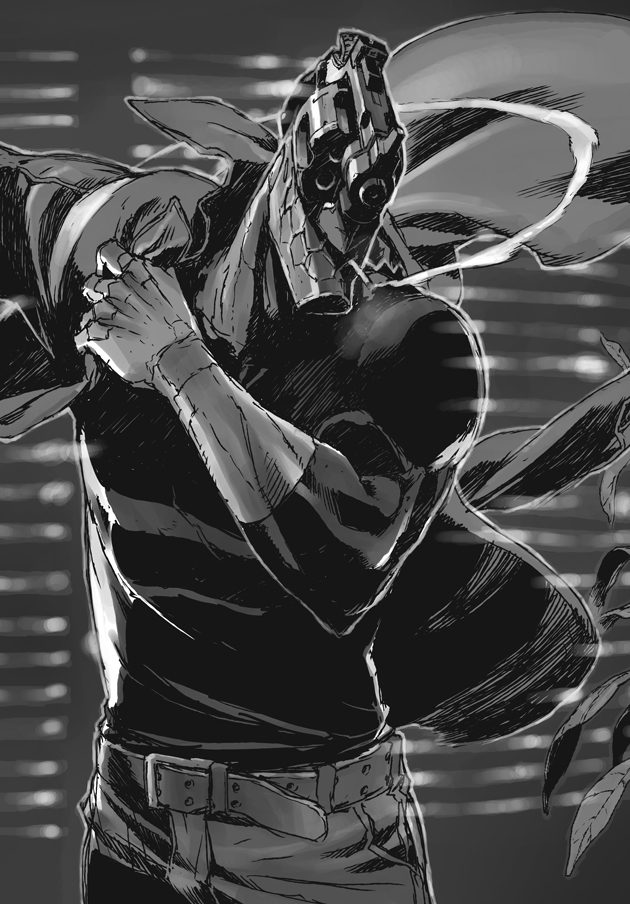 Read a few preview of No Guns Life by Tasuku Karasuma here.