You guys don’t wanna miss Queen’s Quality volume 3! It was absolutely gripping editing this volume, especially when the Seiryu Sweepers kidnap Fumi, and Fumi lets the Black Queen take over to kick some Seiryu butt!

There’s something about the Black Queen that is so fascinating—she’s childlike and pure, somewhat basic and simple in her logic. So when she’s angry and unleashes her fury, it’s almost like watching an animal attack. (No disrespect meant, Black Queen! I’m in awe of your agility and prowess…!) 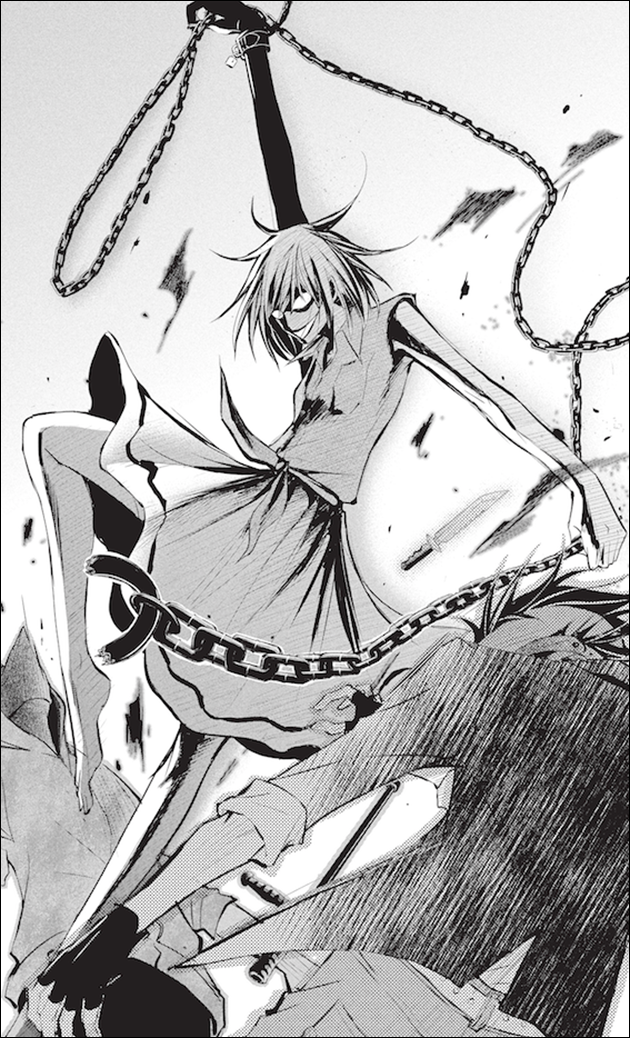 I love the Black Queen’s interactions with Kyutaro too—she doesn’t hold back her affection for him (like a kid with candy!) =D My favorite scene is a toss-up between p.142 where a gleeful Black Queen hugs Kyutaro and p.145 where she deigns to show mercy to the Seiryu with a hint of side-eye action.

Do you guys like the Black Queen as much as I do?

Check out the free preview for Queen's Quality, Vol. 3!