This volume gets back to Kyoko flexing her acting prowess, which I absolutely love. Ever since she started acting, Kyoko has drawn on both her understanding of the character she’s playing and her own experience working in a traditional inn and a Japanese restaurant, plus lots of other stuff she’s picked up along the way. I really appreciate how she synthesizes all her knowledge to make her a better actress, and my favorite scene in volume 42 is an excellent example of that.

Kyoko is auditioning to play a female ninja in a new movie where Ren Tsuruga is already cast as the male lead. Kimi, one of the actress us for the same role as Kyoko is a sneaky, manipulative jerk who has thrown Kyoko off her game by intimating that she is secretly dating Ren. Even though Kyoko is still trying to deny that she loves Ren, she knows that she does not like the thought of Kimi dating him! So when the time comes for Kyoko to run a scene during the audition, she’s stressing about Ren and not paying attention to what the director is asking. It’s her turn and she has no idea what she’s supposed to do! 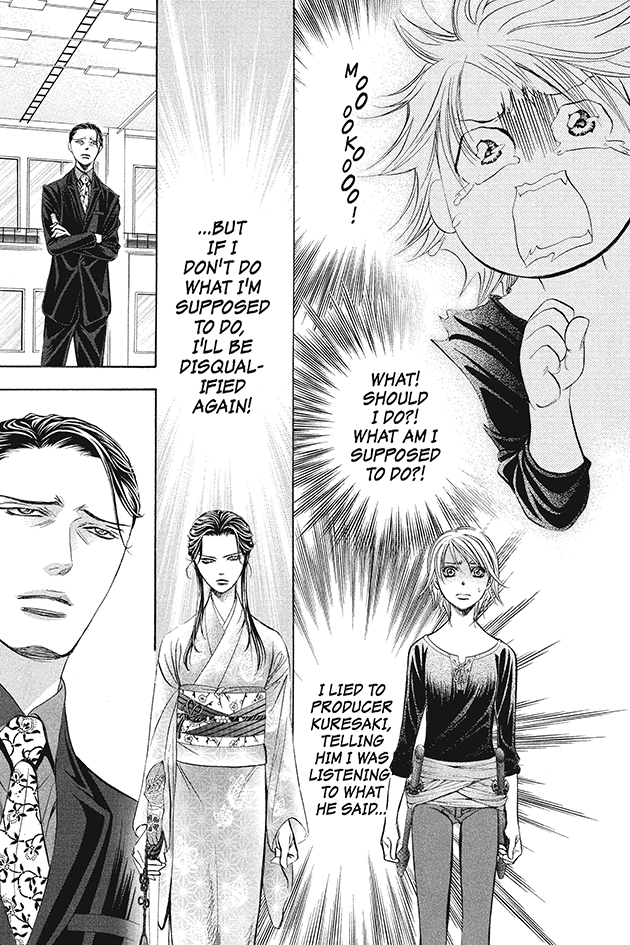 Luckily for Kyoko, she is acting opposite her BFF Moko, who is auditioning for another role in the same movie. Moko can tell that Kyoko is rattled, so she gives her clue as to which scene they are supposed to be acting. Even in her Ren-stress induced fog, Kyoko is able to pick up on the cue and give a masterful performance. 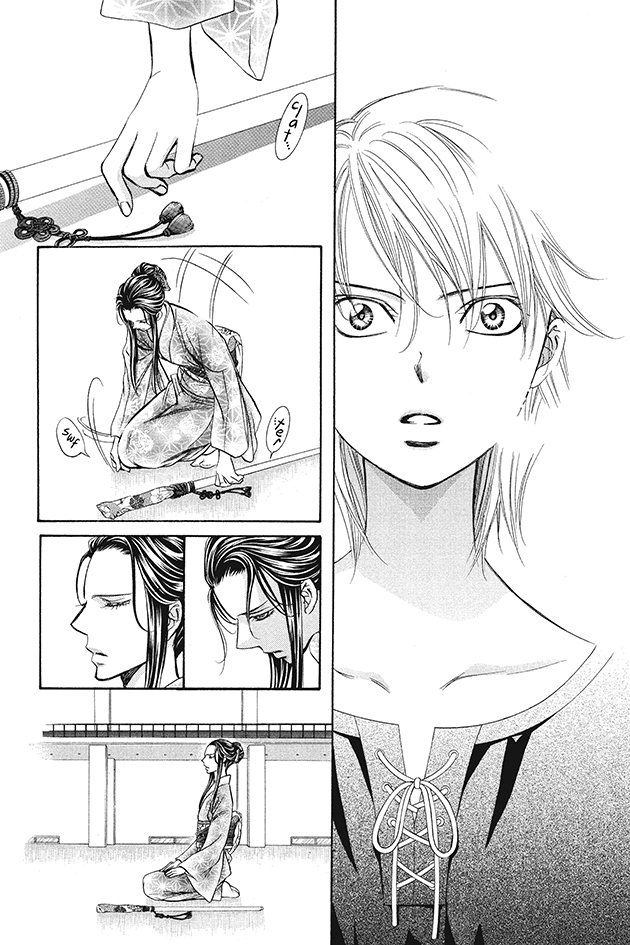 But Kyoko and Moko aren’t the only clever ones at the audition. The director and producer recognize what is happening, and it pisses the picky producer right off. He hates liars and actors who can’t keep their mind in the game. But he respects intelligence, and he gives Kyoko credit for being able to read her acting partner’s clues. And he dares her to make him cast her!

We all know Kyoko always rises to the occasion, so you can bet she’s going to act her butt off and convince the skeptical producer that she’s the best choice for the role. But not without being totally weird on the way!