Cover
art by Mitsutoshi Shimabukuro
NIce Toriko cover! His muscles look extra muscle-y here! And I am totally in love with the new logo! We definitely needed an update, and this really looks different. I especially like the cut through the "JUMP." It looks like a samurai just sliced it in half with his sword.

Toriko
by Mitsutoshi Shimabukuro
Wow! The battle between the Gourmet Corp. and Toriko and crew is off to an amazing start! As much as I’ve been enjoying the cooking contest, I can’t complain about Shimabukuro Sensei’s battle art! Dynamic! This is going to be an awesome fight! Oh, also there’s some nice color art that lets you see Starjun without his mask on. He’s quite handsome.

One Piece
by Eiichiro Oda
What a wonderful ending to the Punk Hazard story arc! There are certain times when I'm reading manga and I realize I’m actually smiling. It’s an involuntary reaction I only get from some titles, and One Piece is one of those titles. Can’t wait to see where the story goes next! 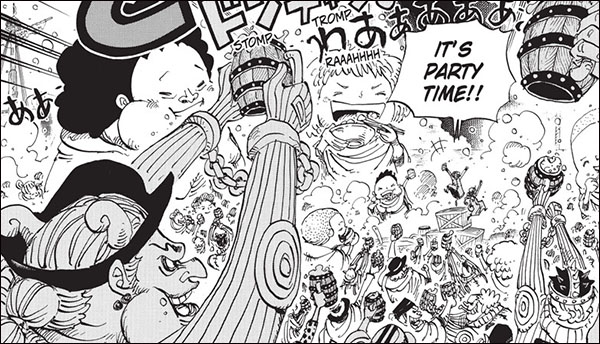 Naruto
by Masashi Kishimoto
I have been in love with Naruto lately. This current battle just gets better and better, and this week’s chapter does not disappoint. Plus Naruto’s new chakra-sharing power is nuts! It really looks like they might have enough to beat Obito and Madara! That's if Sasuke and Orochimaru don’t interfere. Good stuff!

Nisekoi
by Naoshi Komi
It’s Christmas in Nisekoi! Yes, we’re simultainous with Japan. Yes, this is the correct chapter, although it’s late January. Anyway, Chitoge doesn't have the Christmas spirit because her super scary mom she only sees once a year is coming home. And she must introduce her mom to her fake boyfriend, Raku. While I’m definitely a fan of wacky antics in a manga, it’s nice to see the story heading in a more substantial direction. And it’s interesting meeting Chitoge’s mom. It certainly helps explain a lot about her character.

One-Punch Man!
story by ONE, art by Yusuke Murata
In this special origin chapter, Saitama takes on the brutal crab-man-thing, Crablante, whose catchphrase “GURGLE-BLORGLE!” will no doubt soon be taking America by storm! Find out why Saitama became a hero! And also how he went bald! Both very important things! 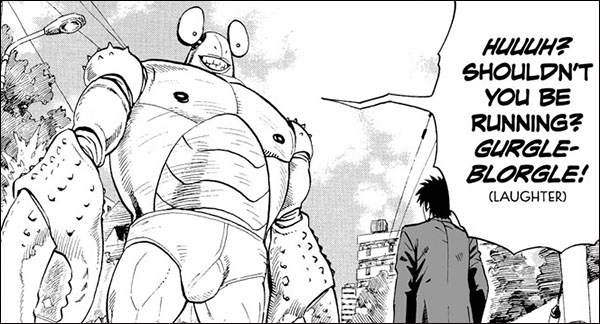 Bleach
by Tite Kubo
The battle between Retsu and Kenpachi intensifies. The goal is to awaken Kenpachi’s power so perhaps he can achieve bankai. Despite being one of the most powerful captains of the Soul Society, he's never actually achieved bankai. But he must first defeat Retsu. I don’t know about you, but I am super curious to see what his bankai is!

Cross Manage
by Kaito
Chiumi’s plot to capture the heart of Sakurai has taken a strange turn. Although he’s more than happy to hear her insight into the organization of the lacrosse team, he doesn’t seem to have any romantic interest in her whatsoever. Can she make him see she’s more than just a great sport’s analyst?

Kintoki
by Akira Toriyama
It’s not often that legendary mangaka Toriyama Sensei (Dragon Ball, Dr. Slump) puts pen to paper and draws a manga, so this truly is a special occasion. Toki is one of the last of the Kinme clan, a clan famous for their golden eyes and extraordinary physical abilities. His solitary existence is radically changed when he butts heads with the local town bully and his gang of ruffians! Always happy to have anything by Toriyama Sensei in the issue! And you can tell by this one-shot, age has not dulled his skills at all. 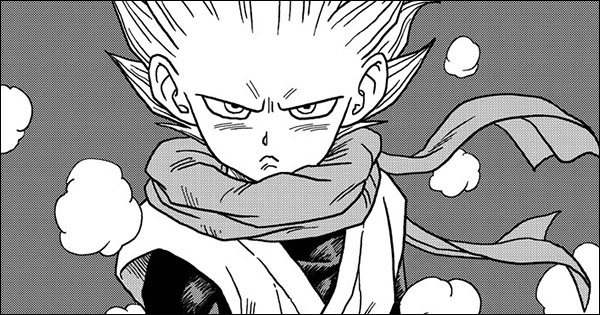 Extras
Coming Next Issue—DBZ fans, prepare thyself for color Dragon Ball Z!!! I’m so excited, I'm not even gonna make any “over 9,000” jokes! Seriously, this is pretty cool and a great reason to pick up the next issue!

Hope you enjoyed the second issue of the new Weekly Shonen Jump! Personally, I thought it was one of the better issues. Every manga was great, or at least really interesting this week. Feel free to leave your comments in the comment field below!