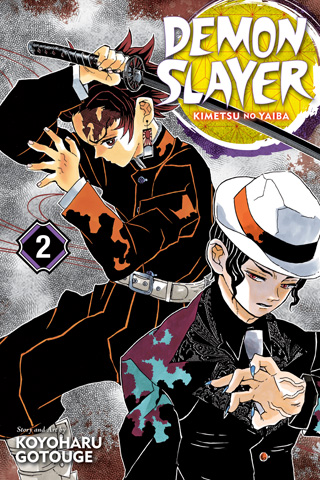 Demons are real. Hiding in the darkness, they hunt hapless humans and feast on their blood. Fortunately, there is a clandestine force dedicated to finding them and killing them. They are called The Demon Slayer Corps. There are only a few hundred members of the Demon Slayer Corps. The organization isn’t officially recognized by the government, but it has existed since days of old and still hunts demons. One of their newest members is also one of the strangest. His name is Tanjiro and his own sister is a demon! Luckily, she hasn’t killed anyone and still feels a bond with Tanjiro. Bound and gagged for her own and others’ safety, he carries her across the land hunting other demons and searching for a cure. 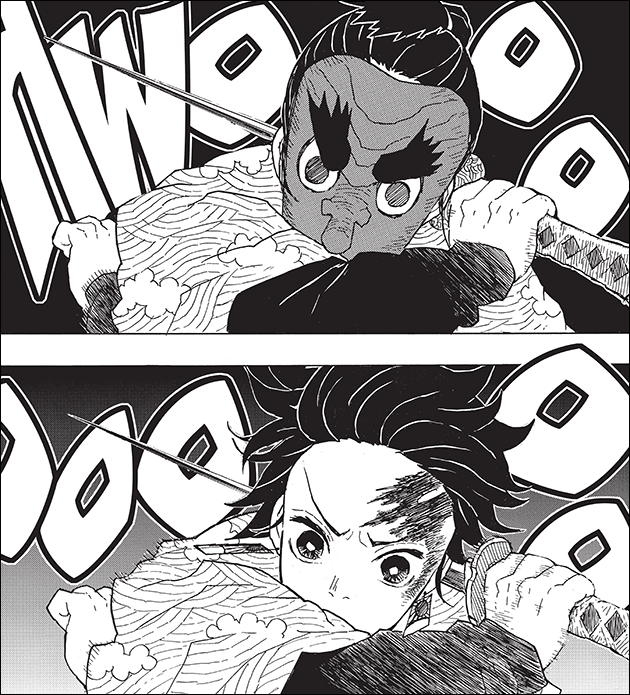 Now that’s a great setup for a manga! And one that separates it from the myriad of other demon hunting manga that exists. It immediately makes the main character sympathetic to the reader. And the fact that his sister still has protective feelings for him and comes to his aid in demon fights makes her sympathetic as well. This is a tragic pair of characters that you really want to root for.

Aside from likable characters, another one of this series draws is the captivating setting it takes place in, that being the Taisho-era. A tumultuous time when Japanese culture was heavily influenced by the West, yet still clinging to many of their old ways. A time of confusion where slick pin-striped suits and fedora’s mixed with kimonos and yukatas with loud and dizzying patterns. 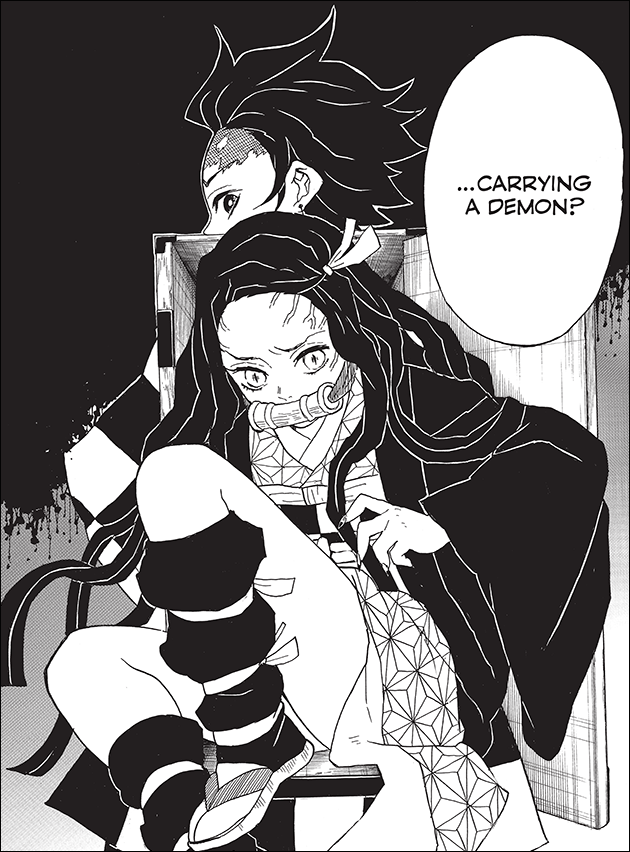 And in this chaos, demons are thriving again, preying on helpless humans who are unsure if they even exist. Luckily, Tanjiro got through his training alive in the last volume and is a full-fledged member of the Demon Slayer Corps, although still technically a novice. He does have a distinct advantage over regular demon slayers, he’s got a demon sister that can and will jump into the fray when needed. And she’s tough! Even by demon standards.

He’ll need all the help he can get when he starts getting missions, via talking crows, and tests his mettle against all manner of horrific demons. There is no shortage of demon slaying in Demon Slayer! And the demons are wonderfully drawn with craggy skin, nasty teeth, twisted snarls and an insatiable thirst for human blood. The fights are especially cool in this volume as Tanjiro faces demons armed with supernatural powers called Blood Demon Art. 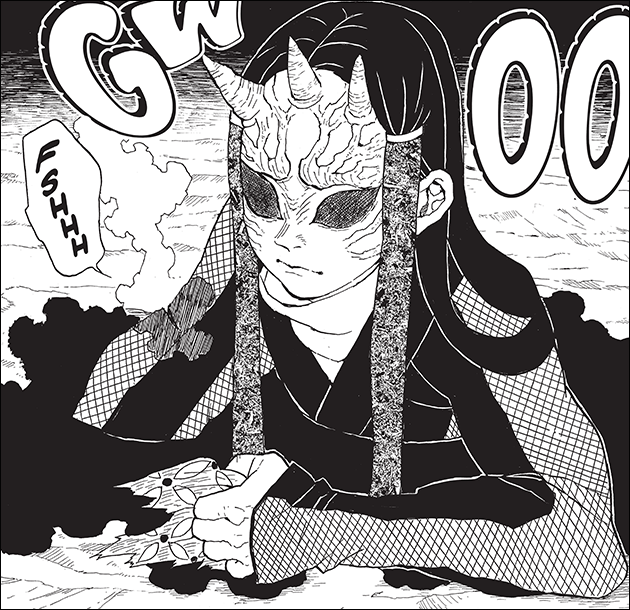 Volume 2 does an excellent job of expanding the world and introducing what seems to be the main villain of the series, Muzan Kibutsuji, the only demon with the ability to turn humans into demons with his blood. Although there’s lots of fighting and gore, there’s humor and levity as well. Mangaka Koyoharu Gotouge does an excellent job of giving the main characters and side characters just enough quirkiness to make them entertaining and endearing.

The art in the manga is decidedly different than more contemporary Weekly Shonen Jump fare. It’s rougher and edgier which perfectly matches, if not enhances the dark and violent content. It also has a retro-quality that helps reinforce the era the manga takes place in. And the patterns! The bold geometric patterns of the kimono and yukata the characters wear dazzle the eye and make the art pop right off the page. 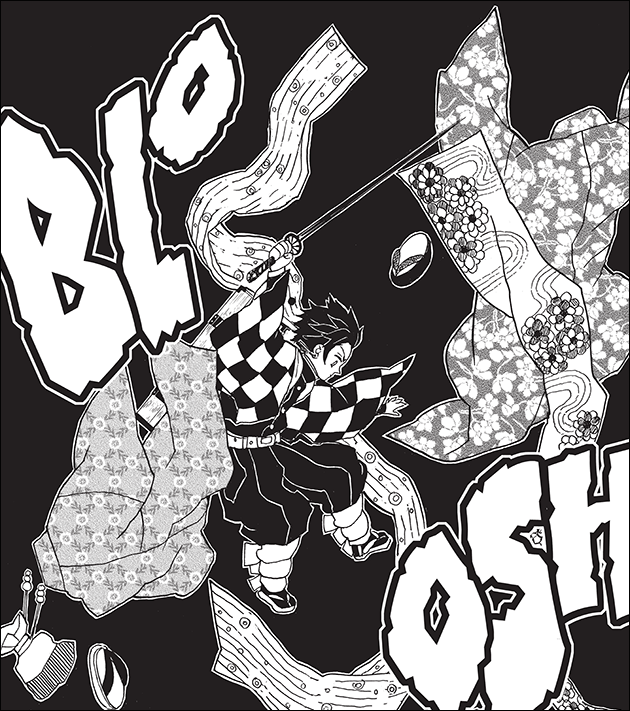 The manga has a distinctive quality that triggers the nostalgia button deep within me. It bears a slight resemblance to a very popular manga about a white-haired dog demon years ago. Demon Slayer is a dark edgy demon hunting manga that pulls of the rare feat of being gritty but keeping just enough levity to avoid the overly dramatic grimdark territory that some manga from this genre gets trapped in. Gory, but goofy too! A very enjoyable read.

Demon Slayer: Kimetsu no Yaiba vol. 1 and 2 are available here.