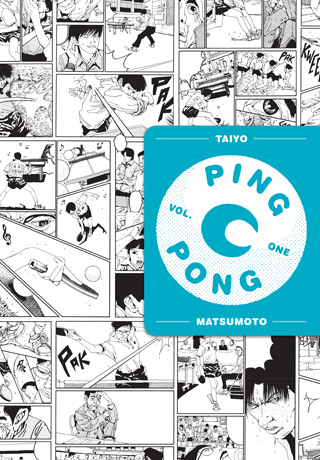 Sports manga in Japan have a long tradition as a vehicle for telling stories about competition, personal growth and life in general, and doing it through the lens of a specific sport. Sports manga generally go into a lot of depth about the play of the game, the strategies, techniques and mindset required to succeed. The characters learn about the game, themselves and grow as people. Readers may come to the story not knowing much about the sport being focused on, but learn about it through the characters. You often don’t need to be particularly interested in the sport being featured when you start in on one of these manga series.

That’s how I felt when I began working on the new VIZ edition of Taiyo Matsumoto’s Ping Pong. I’m not particularly interested in the sport of ping pong (“table tennis” if you prefer) but I’m always interested in good writing and characters, which is exactly what Taiyo Matsumoto delivers in his signature artistic style.

Set in the Shonan area of Japan, a coastal region about 30 miles southeast of Tokyo, Ping Pong is the story of two ace players, Makoto “Smile” Tsukimoto (ironically nicknamed Smile because he never smiles) and Yutaka “Peco” Hoshino. Both have been friends since they were little kids and grew up playing ping pong together at a local club. Now in high school, they find themselves involved in the local intramural tournament. But as they have gotten older, their reasons for playing the game have changed.

Peco wants to be the best player but lacks discipline, and when he’s beaten badly by a Chinese exchange student, he leaves the game. Smile finds no joy in competition for competition’s sake and would prefer to play the game for the love of the game itself. The intense focus on winning and strategizing to achieve victory alienates him from his peers. 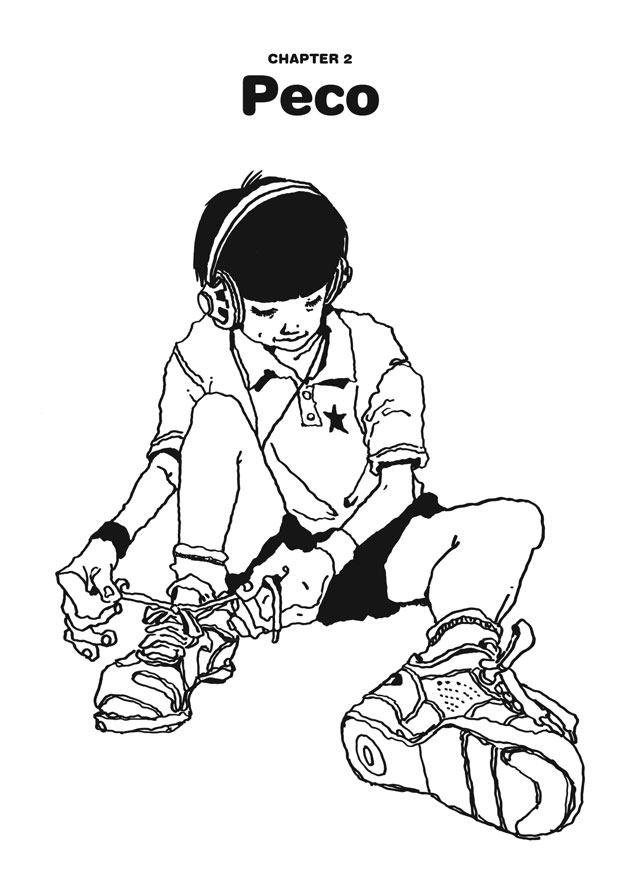 Kaio “Neptune” Academy is the rival school of Katase High, where Peco and Smile attend. The players on their table tennis team present a rigid, almost military approach to the game compared to Katase’s team. Manabu “Demon” Sakuma is also a childhood friend of Peco and Smile, and he compensates for his lack of natural talent with hard work, striving to be able to beat his old friends.

Like many sports manga set in a high school, Ping Pong is a story about self-discovery and coming of age. Readers may identify with the introverted Smile, who finds himself wondering what the point of all this effort is. Everyone around him is so focused on winning above all else, it makes him rebel against his coach and the game. Peco, on the other hand, is cocky and overconfident, unstoppable until he finally meets his match, and when he gets beaten he loses his confidence and interest in the game.

As the story follows the two through the course of their high school years on the table tennis team, you see how the relationships between the characters grow and change. The interactions between Peco and Smile are the real core of the story and their friendship feels genuine. As ping pong players they have a rivalry and a desire to see who is the better player that exists outside the bounds of school teams and tournaments. We see them work through their struggles to play a better game, and figure out what they want from it, and what they want from their lives.

Matsumoto’s art is not your typical manga style and the characters have an organic look to them that feels like a more European style. Despite it’s somewhat impressionistic feel, the backgrounds draw you in and you can feel the summer heat and hear the waves rolling in on the beach near Katase High. Though Matsumoto does use screentone, it’s the use of inks that define the way the art meets your eye the most.

Naturally, since this is a sports manga, the scenes of game play are crucial to the reading experience. As the players reach and leap and stretch to return a shot you get a great sense of motion. The characters’ strained grimaces and the impact of the balls on the rackets feel explosive. Even the way Matsumoto draws sound effects is interesting, and they feel very much a part of the action they describe. 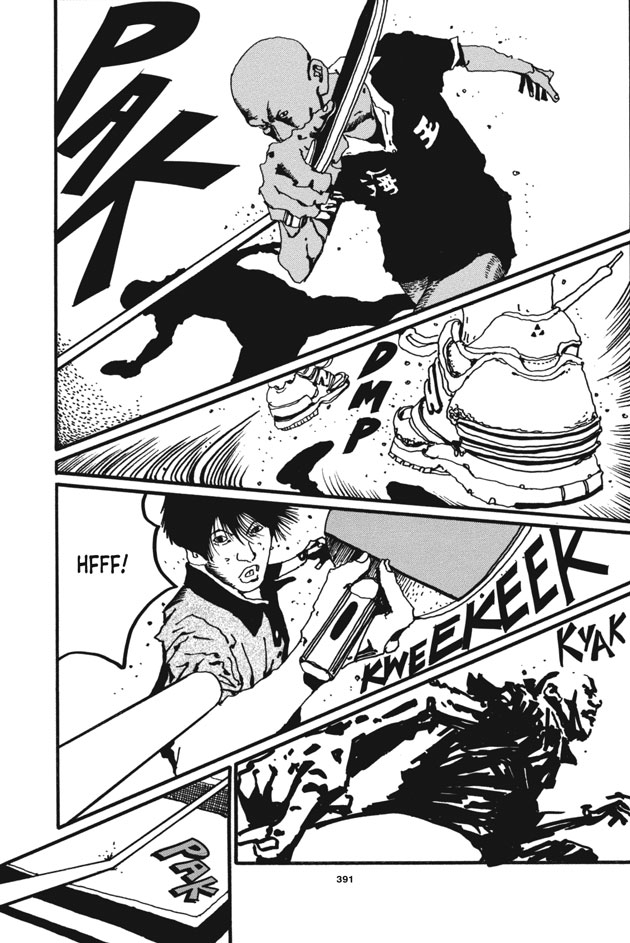 The VIZ Media edition of Ping Pong is compiled into two volumes and include several color pages that were not included in the Japanese two-volume edition.

So even if you are not a fan of the game of table tennis itself, Taiyo Matsumoto’s Ping Pong offers an engaging story of two teenage boys learning something about themselves and about life. When you finish it, the feeling lingers and you may find yourself waiting for a moment outside the Tamura Table Tennis Club on a warm summer evening, waiting for Smile and Peco to head for practice with you.