Welcome to the Nihongo Lesson feature. We strive to give you useful manga-based Japanese language tips and maybe even a glimpse into the translation process. In honor of the crazy things happening in the recent story arc in Nisekoi , this week's lesson will focus on marriage terms. Marriage isn't a common theme in Shonen Jump—most of it's characters are underage, after all—but it's at the forefront in Nisekoi!

KEKKON means "marriage." A wedding is a KEKKON SHIKI (けっこんしき), which literally means "marriage ceremony." Some Shonen Jump manga, like Bakuman, have had marriage as a plot point, but perhaps no series has made it as important as Nisekoi. Raku has promised to marry the special girl who possesses the key to his lock. But now there are four girls with keys! But wait, Marika is being forced to marry some other guy by her mother?! Love is complicated... 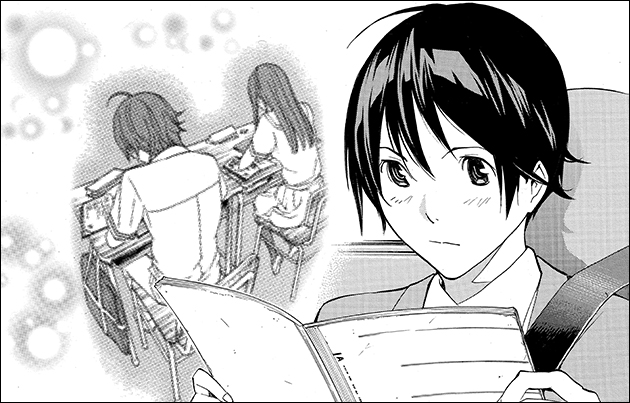 YOME means "bride" or "wife." Though the polite way to say it is OYOME-SAN (およめさん). This week's chapter of Nisekoi shows Marika getting ready for her arranged marriage. While seeing her get married to some jerk would be depressing, she'd probably look really nice in her wedding dress. Hopefully Raku can save the day and help her escape this cruel fate, though!

MUKO is the word for "groom" or "husband." The worst groom in the history of Shonen Jump might be Goku from Dragon Ball. When Goku was offered Chichi's hand in marriage, he thought it was some kind of food. He must have been hungry cuz he immediately said yes. 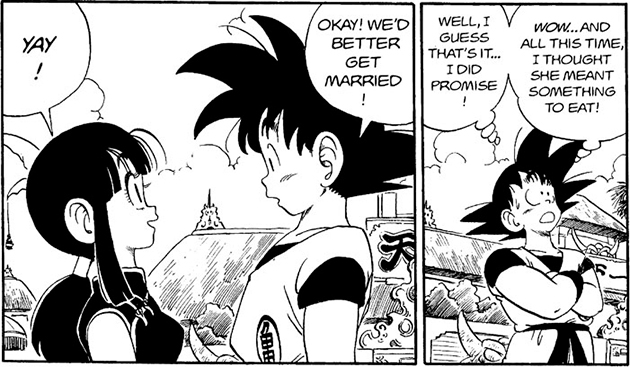 Get more tips by listening to our PODCAST!