Welcome to the Nihongo Lesson feature. We strive to give you useful manga-based Japanese language tips and maybe even a glimpse into the translation process. This week’s lesson will focus on Dr. Stone. The battle against Tsukasa continues as Senku and allies build a tank to storm the enemy’s base. One problem though—Chrome is being held hostage and will have to rely on his wits to escape!

DATSUGOKU means “prison break” or “prison escape.” The best part of Dr. Stone is that most of the problems are solved through science. In this case, in order for Chrome to succeed in his DATSUGOKU, he needs to get through the bamboo bars that are keeping him locked up. Time for some science! 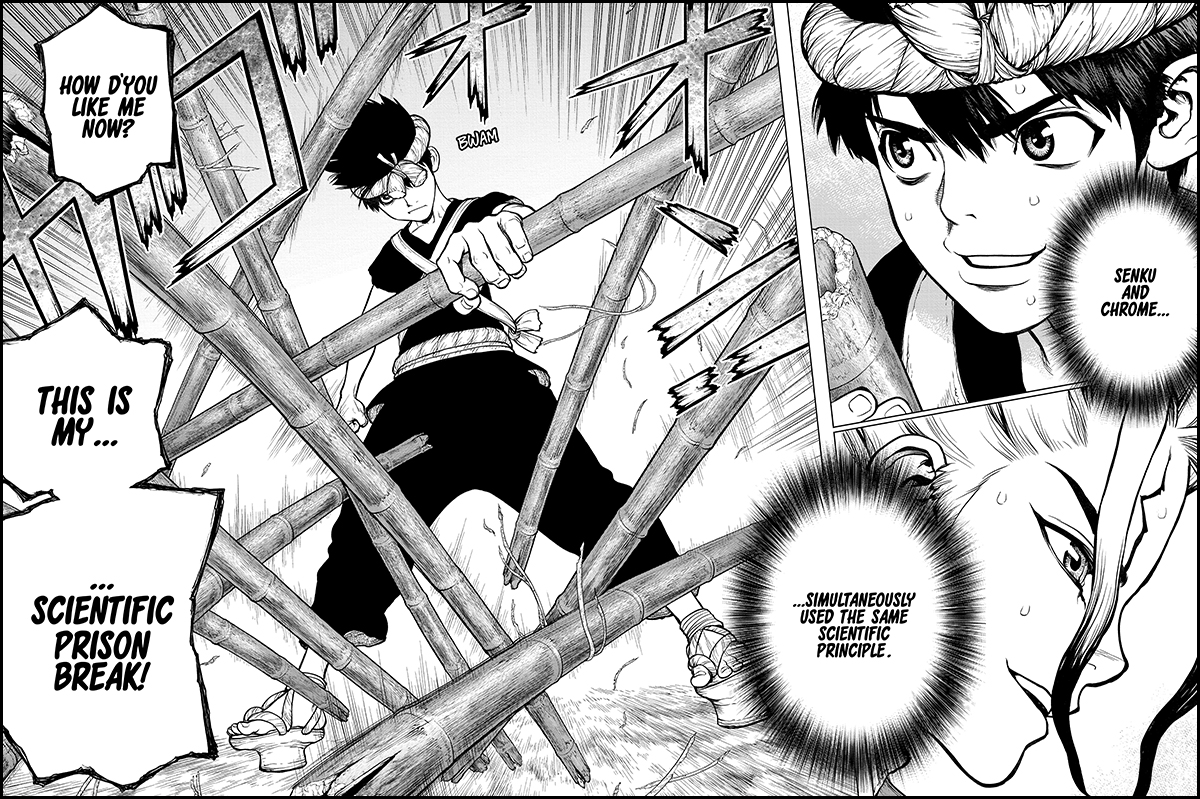 TAKE means “bamboo.” TAKE as a material has been one of the stars of the series so far. It has so many uses. Inagaki Sensei even mentions it in this week’s author comments. Hurray for TAKE!

SHIO means “salt.” One of the highlights of last week’s chapter was seeing Chrome working his butt off to sweat into a bucket made of the ever-useful TAKE. Thanks to his experience with Senku, he remembers that SHIO water and electricity might be his ticket out of his current predicament!