In a historic moment, the U.S. digital version of Shonen Jump, known as Weekly Shonen Jump, has branched out into international territories. While we're not quite global yet, we are now in the UK, Ireland, Austraila, New Zealand and South Africa. So if you're from any of those wondeful places, you may have some questions about Weekly Shonen Jump. Here's all you need to know!

Weekly Shonen Jump in Japan is home to the World's Most Popular Manga, including Naruto, One Piece, Bleach, Toriko and more. It's a print magazine that has been published in Japan since July 2, 1968 with a circulation of more than two million copies. The digital English-language edition of Weekly Shonen Jump currently features a selection of the most popular series from the Japanese-language magazine as well as featured series from other Shueisha publications, such as the monthly Jump SQ magazine. Each week's English-language edition features the same chapters which appear in the Japanese edition on the same day!

For now, readers from the UK, Ireland, Austraila, New Zealand and South Africa can now purchase a monthly subscription or a single issue through the Newsstand App, the iTunes store, or Andriod app! 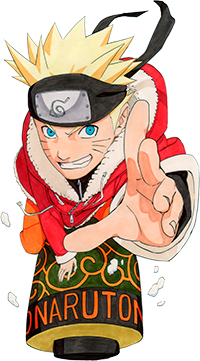 *international pricing may vary slightly based on currency exchange rates

Check out Weekly Shonen Jump in the Newsstand App on the iTunes store today!