The Infinite Tsukuyomi—a madman's plan where everyone can dream forever without the pain of reality. At long last, the time is up, Madara’s more powerful than ever and Naruto, Sasuke, Obito and Kakashi are barely holding on. And as an ill moon lights the heavens as bright as day, the night has never been darker.

The first few episodes of this DVD set feel like a send off to the previous generation of shinobi. Right out the gate, we get some long-overdue reconciliation between Obito and Kakashi where we finally see them talk out their problems after all the years of pain and regret and hatred and blame. And it’s all the more touching because no matter how much they’ve changed over the years, they’ve finally come back together as friends. It’s the first (and probably only) time I’ve really felt the continuity of their characters—scarred and twisted though they are now, both Sharingan holders are still the same little kids they’d been all along. Which is nice, because this is the apocalypse and so there’s no better time check the last few entries off their bucket lists. 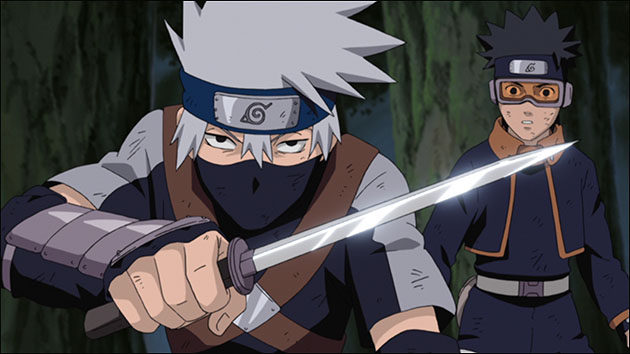 We also get some fun action with Guy, who shows just how freaking awesome (and painful!) releasing all Eight Inner Eight Gates can be. By unleashing all the chakra in his body at once, he can unlock a power that surpasses even the Five Kage. Yet this a short-lived and desperate solution, for no human can handle the strain of that raw energy and will, as such, destroy itself soon after. As he fights his final fight and death rapidly approaches, we witness Guy's childhood at last, and what we see goes a long way in explaining why he’s lived like he has and why he’s so obsessed with his concept of “youth." 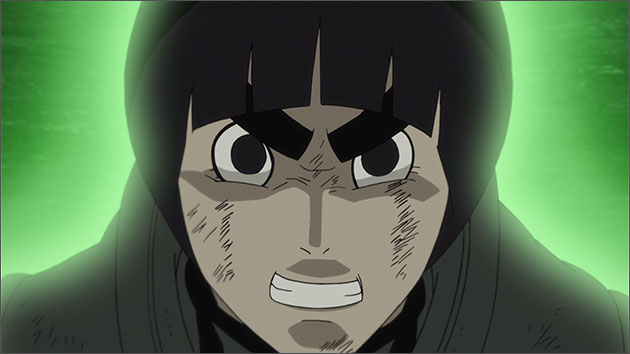 Just like his pupil, Rock Lee, Guy learned that someone who can only do taijutsu is pretty disadvantaged in a world where ninjutsu and chakra are everything, and therefore must become just that darn good at Taijutsu to keep up. While Obito had been technically the Naruto to Kakashi’s Sasuke, I’d posit that Guy actually fits the role better. He was, after all, also a socially-rejected underdog who worked long enough and believed hard enough to turn his problems into his strengths. I dunno, maybe his hair just wasn’t spikey enough. 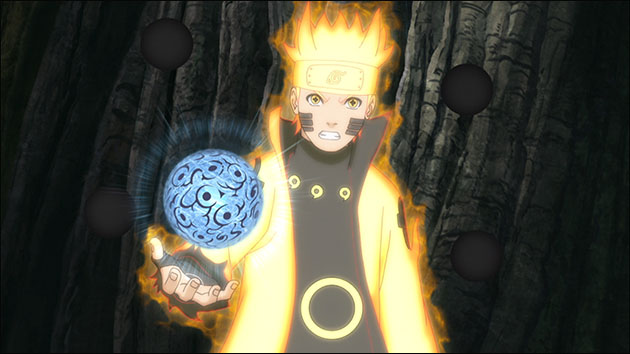 Naruto and Sakura, meanwhile, are recovering from their wounds in the strange cube-filled dimension of Obito’s Sharingan. Yet when all hope seems lost, a strange being from the distant past appears. Awakened from deep within Naruto’s soul, the Sage of the Six Paths emerges to fill in many of history’s blank spaces. Known in life as Hagoromo Otsutsuki, the Sage explains that the legendary Princess Kaguya—who, remember, ate the Chakra Fruit of the Divine Tree—was his mother and that her power passed to him and his brother Hamura. Their family eventually fell into conflict over whether unity or independence was the correct choice, a conflict that continued across the generations as their souls endlessly reincarnated within the Uzumaki and Uchiha clans. Guess that’s why we see close friendships turn into bitter hatred over and over again…

And that’s where the main plot ends for this installment. Which is, yeah, pretty dang bleak—Madara’s more powerful than ever and now he’s crippled nearly every being who could’ve stood against him. 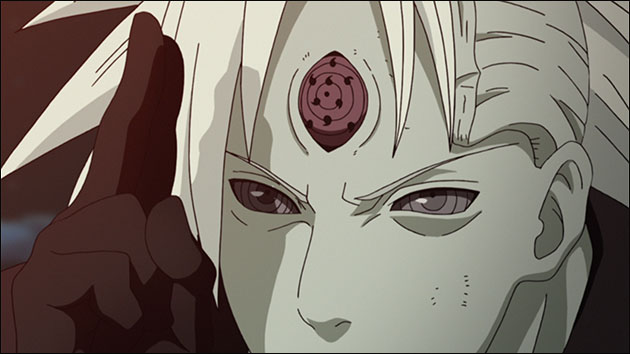 And yet…while the last four episodes in the set take place within the Infinite Tsukuyomi rooms of Tenten and Killer Bee, I absolutely loved them because they’ve got some of the best character moments I’ve seen on this show. See, the Infinite Tsukuyomi room is a heavenly dream that’s tailor-made to give the dreamer exactly what he or she wants forever and ever, modifying itself to accurately reflect the worldview of the dreamer. And these two ideal worlds are both hilarious and sad.

Tenten, girl genius that she is, remembers straight off the bat that she SHOULD be delivering powerful ninja tools to the front line and doesn’t buy this new idyllic world for a second. Instead, she sets off to try and free herself from this world, holding out for as long as possible while the illusory pleasures slowly drag her down. Funny thing is, though, that these imaginary versions of her friends have all been modified in big ways: Guy and Lee are now fashion-obsessed, Sakura and Ino don’t cat-fight or backstab, Hinata’s a fishnet-wearing delinquent, Sasuke’s a playboy, Neji’s a perv and Naruto is serious, responsible and has living parents. 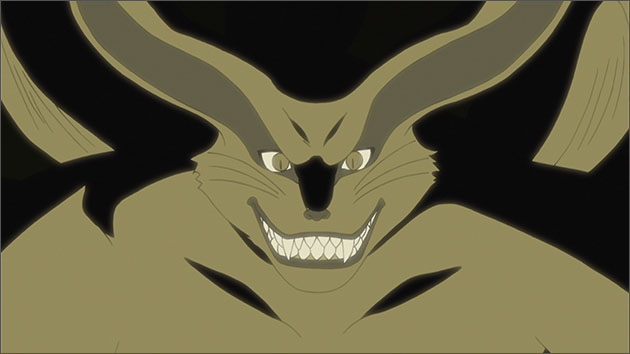 And while I got a few laughs trying to guess why Tenten subconsciously prefers her friends acting this way, you also can’t help but notice how everyone in this new world is happy, safe and has no hidden darkness or sorrow inside.

After Tenten, we segue into Killer Bee’s world, and I’ll admit to having expected a giant, never-ending rap tour with legions of roaring fans crammed into massive stadiums. Guess I didn’t give Bee enough credit though because he instead gives us a straightforward and lighthearted adventure story where he’s the outlaw hero on a mission to rescue his fellow Jinchuriki from the militant nations and the mustache-twirling Akatsuki. Like Tenten’s sanitized friend group, the Jinchuriki in Bee’s world have a simple bond of friendship with their Tailed-Beasts, who are human-sized companions rather than spirits trapped inside their bodies. And get this, Bee’s re-cast Naruto as merely the whiny "tagalong kid" character who can’t stop demanding more of his precious ramen. This makes way too much sense! 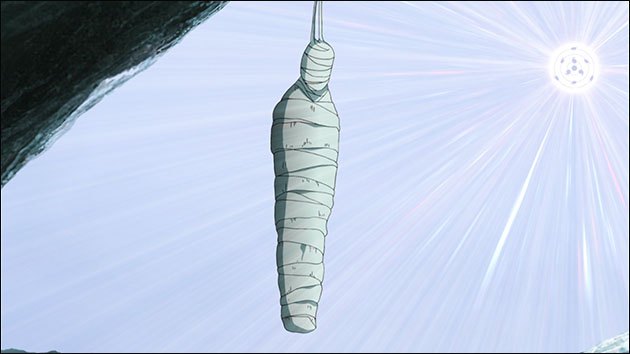 MAN is this DVD set intense! I can’t believe we’re finally springing the Infinite Tsukuyomi upon the world—I’d hoped that Madara would be defeated before something this impossible went down. Still, we’ve had some of the most charged action yet; don’t you dare miss a minute!

You can pick up DVD Set 33 right here.