With the final season of Naruto about to pop, we see the original anime episodes true value: the wind-up. The calm before the incredible storm that will finish out this landmark series. The end will be dark, and it will be final (except Boruto!) So please, take a moment to smell the flowers and/or gunpowder. Because this flashback to a (relatively) peaceful past is the last bit of cheer we’ll get before the big climax. 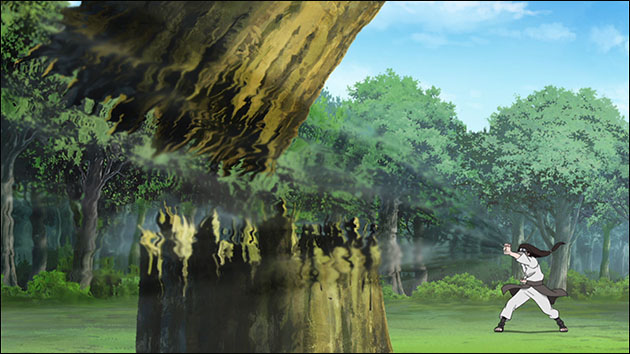 Our story continues as genin from the Village Hidden in the Leaves and Village Hidden in the Sand duke it out during the Chunin Exams. Publicly, this is the chance for a fresh crop of genin to ascend the ranks and gain both the recognition and the opportunities that come the elevated status. Off the record, though, there’s a complex plot a-brewing. Gaara’s appointment to Kazekage was not a unanimous decision, and a handful of dissenters are ready to give him an early final retirement.

Not that Gaara seems terribly surprised. It wasn’t THAT long ago when he was crushing people to death with his sand and talking to his dead mother like she could hear him, so some controversy was probably inevitable. This also isn’t the first time an exam was fraught with intrigue; why, it seems like only yesterday when our old friend Orochimaru had hijacked a similar Chunin Exam which had ended with the deaths of both the Third Hokage and Fourth Kazekage. Perhaps ninja, who thrive on international espionage and violence, must turn even their own private events into smokescreens for a coup d’état…

And what a smokescreen it is! With sandstorms, a run across the desert, giant bugs and a bunch of powerful teenagers using lethal force on each other, SOMETHING terrible must go down. 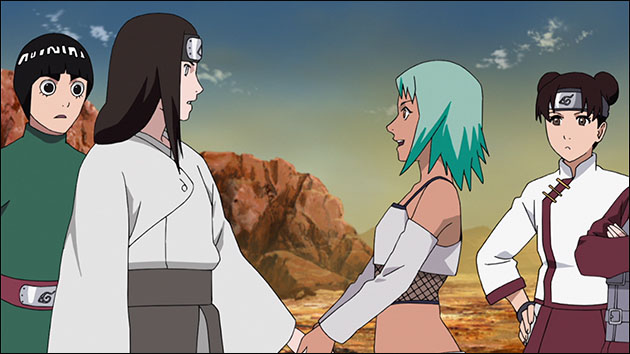 One of the most interesting characters in the set is Fuu, the Jinchuriki of the Seven-Tails. In case you missed the last few episodes, she’s yet another example of how being a Jinchuriki is often a harsh existence. Like Naruto, she’s a feckless troublemaker determined both to have fun and be acknowledged. Her need for attention drives her to insist on awkwardly being friends with everyone, despite a grievous lack of social experience. Fuu’s cool, and I wish we got to spend more time with her outside of this arc, especially since we know all too well going in how her story ends. 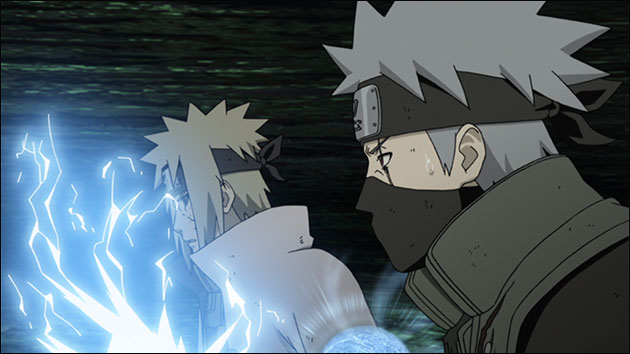 The tail-end of this set brings us back to the present at last, with Naruto hanging onto life. He’s lost Kurama the Nine-Tails. After everything that’s happened, after all the heroic moments, after Sasuke himself returned to fight at his side, Naruto lost Kurama. Without Kurama, a Jinchuriki’s life is forfeit. Sakura’s doing everything she can (up to and including slicing his chest open to pump his heart manually), but it just isn’t enough. Sasuke (who Madara himself recently impaled) isn’t doing much better either, as the heat of battle leaves Karin’s very little chance to administer her own healing abilities. People, our heroes are dying.

While most of this set is a detour, it’s a great detour as far as detours go. This ultimate battle is coming to a head, with no road-blocks left, no shelter, and no mercy. Enjoy the calm and embrace the storm.

You can pick up DVD Set 32 right here.