Every great superhero needs a fun sidekick. What’s Batman without Robin? Sure Bats is cool, and he’s the star, but he’s also really serious. Robin’s bright youthful exuberance is the perfect foil to The Dark Knight’s, well, darkness. Just like My Hero Academia: Vigilantes lighthearted nature, is the perfect sidekick to My Hero Academia’s weightier narrative. And like Batman and Robin, together they make a wonderfully satisfying combo and a great contribution to the superhero comic genre.

Although to be fair, My Hero Academia is way jokier than the Batman. It has plenty of levity, tons of comedic moments and characters. But overall, the nature of the story is intense. And on the other hand, Vigilantes has its share of serious moments too, but generally is lighter in tone. And if you’re only reading MHA and not Vigilantes, you’re missing out on some wonderful characters, a funny manga and a wider view of the My Hero Academia world. 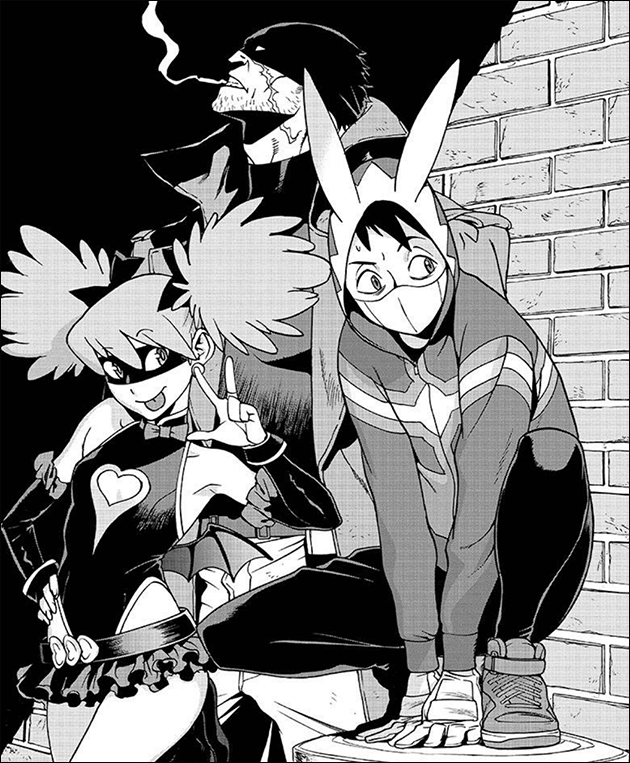 Not everyone has a strong enough Quirk to become an official hero. And even if a person’s Quirk is strong enough, they might not have what it takes to pass the U.A.’s intense entrance exams. So where does that leave folks who still want to use their powers to help others and fight crime? The path of the vigilante. Although technically it’s illegal to be a vigilante, there are some that are willing to risk punishment to help others, and one of these people is the star of the manga, Koichi, a.k.a. Nice Guy.

Yeah, Nice Guy's kind of a lame hero name, that’s because the main character in the manga, Koichi Haimawari, is kind of a lame guy by most people’s standards. Even his Quirk, Slide and Glide, is kind of lame. He can glide across any surface by making contact at three points. But he can only go as fast as a one-speed bike. And people think he looks like a cockroach. But he’s a really good guy who loves helping people. And when a tough old geezer falls out of the sky and lands in a pile of trash (literally), he begins to get a lot less lame and comes up with a better hero name—The Crawler. Well, a little bit better. 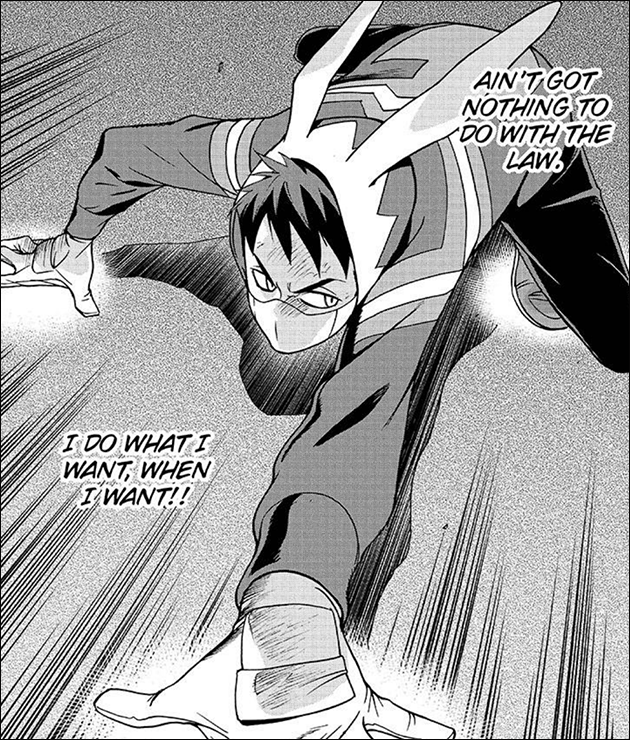 This tough old geezer kicks ass. He’s a hard-as-nails street brawler that’s capable of taking down villains twice his size. His name is Knuckleduster, and he takes a liking to “Nice Guy” and decides to become his master and train him in the arts of being a vigilante, although Koichi’s not exactly excited by the prospect.

Soon these two are joined by a bouncy girl named Pop ☆ Step. She’s a wannabe idol that’s not the best singer, but since her Quirk allows her to jump high into the air, giving fans quite the view, she has a dedicated following. And although she acts annoyed at Knuckleduster, she joins the team for her own reasons. 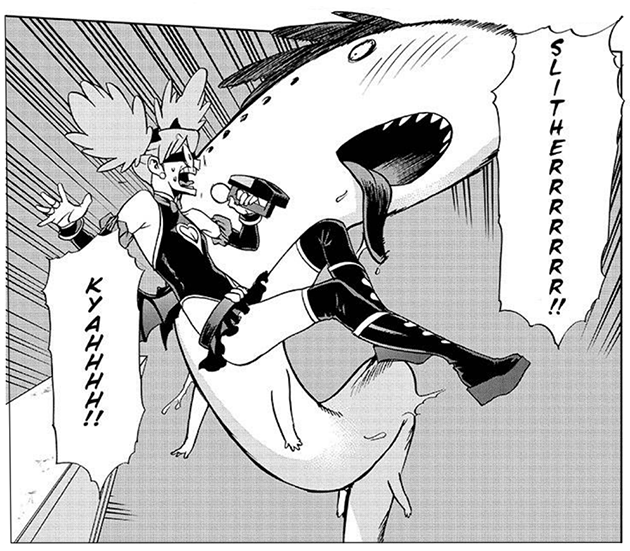 These three might not seem like the greatest crime-fighting trio of all time, but under Knuckleduster’s tutelage, they are a force to be reckoned with. And they’ve got their hands full with a new terrible drug that turns regular people with Quirks into Instant Villains. This drug both enhances their Quirks and weakens their ability to reason. A dangerous combination! But one that the team, well at least Knuckleduster, is determined to stop.

This manga has a lot going for it, but where it really shines is the excellent sense of character growth. It’s a blast to watch Koichi go from a neighborhood doofus to a real hero under Knuckleduster’s guidance. And it’s really fun seeing him learn more about his Quirk and how to use it in battle more effectively. It’s a Quirk you’ll laugh at first, but come to respect in time. 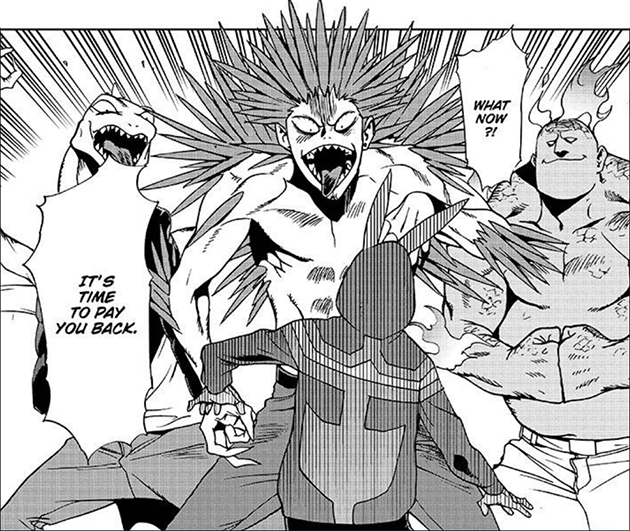 Another fun thing about it is seeing characters from My Hero Academia show up in this world and interact with these characters. It makes the MHA universe seem bigger and shows the characters from the main manga in a different light. The characters that show up are fan favorites, and this manga makes them seem even cooler.

And as the story goes on and we learn more about our heroes' (or vigilantes’) lives, we begin to see the challenges of being a secret hero, which is something the MHA manga doesn’t really explore. Those are officially sanctioned heroes and don't have to deal with the pressures of balancing leading a seemingly normal life while secretly donning a costume and fighting crime. In some ways, Vigilantes is more like a traditional American superhero tale.

I’d be remiss if I didn’t mention the incredible art. Artist Betten Courts’ rock solid art meshes with the MHA world well, but manages to keep its own flair. The art is excellent in every way, from perspective to action, speed, character designs, the whole works. This is a very talented artist.

And as mentioned earlier, the tone of the manga is wonderfully light. There’s plenty of action, but also a lot of humor and whimsy. And the characters are a crack up too, each in their own special way. Even the minor characters will keep readers laughing as they have a habit of stealing the show. If you’re only reading the main My Hero Academia manga, you’re missing out on a spin-off manga that can stand on its own merits and show you a different view of the incredible world Horikoshi Sensei has created.

And the best news is, you can read all of My Hero Academia: Vigilantes FOR FREE! Click here!