I’m pretty sure everyone’s heard of Sherlock Holmes. Whether you’ve read the books or one of your best friends won’t shut up about the BBC show, his name has probably cropped up at least once in your life. Well, forget about him! Because this manga is all about his rival, Professor William James Moriarty! And boy, do I love a good villain.

It’s quite a refreshing take, really, seeing the story told from the bad guy’s point of view. And it’s interesting because we always tend to see villains as, well, villains! Bad guys who just want to do bad things for the sake of being bad. But in this manga, Moriarty the Patriot, Moriarty may be a bit more sympathetic—and even more of a hero—than you might think! 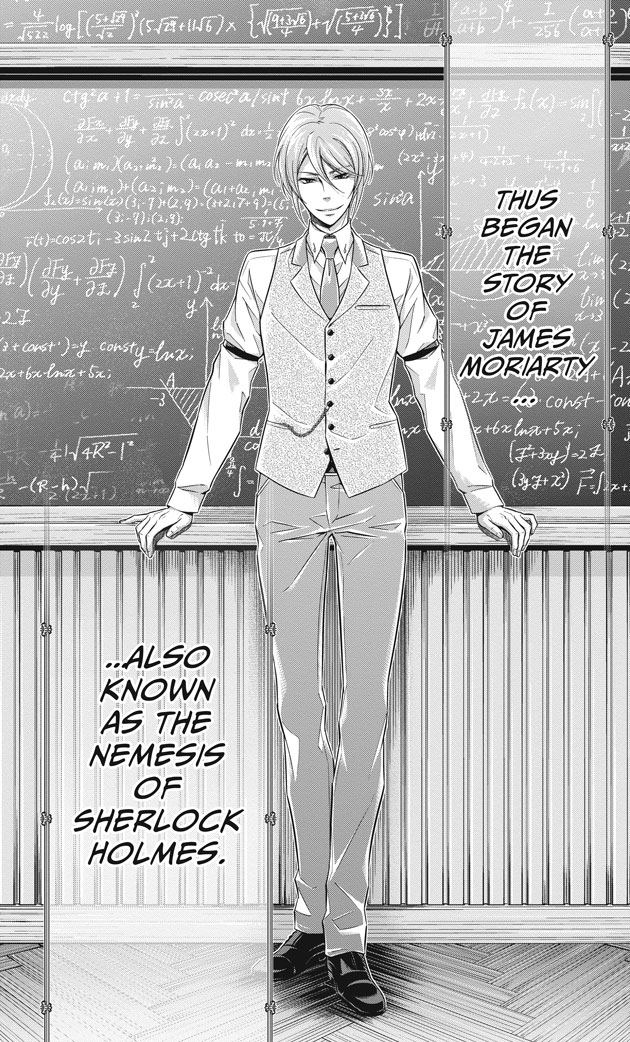 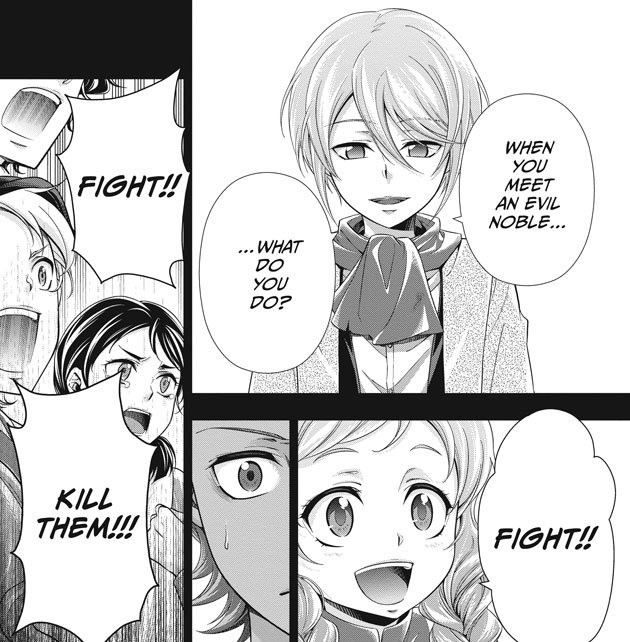 The manga takes place in the late 19th century, and Great Britain rules over a quarter of the world. Nobles sit in their fancy homes in comfort and luxury, while the working class slaves away at their jobs. When young Albert James Moriarty’s upper-class family adopts two lower-class orphans, the cruelty the boys experience at his family’s hands cements Albert’s hatred of the nobility he was born into. He asks the older of the two boys—who has a genius mind and a killer instinct—to help him rid the world of evil, starting with Albert’s own family! 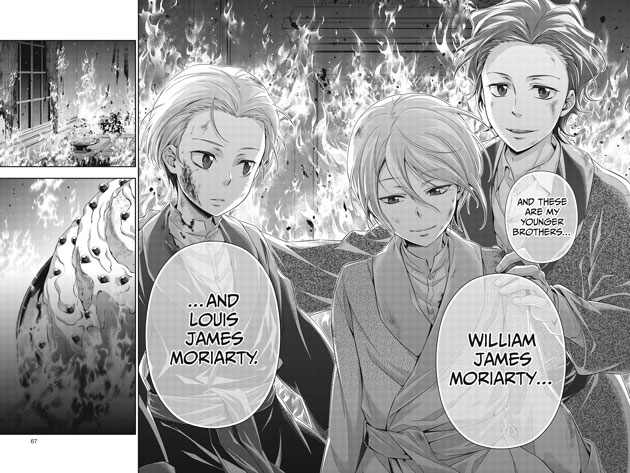 What, you thought he was born the son of a count? Nah, this guy killed a Count and took on the name of the guy’s second son! 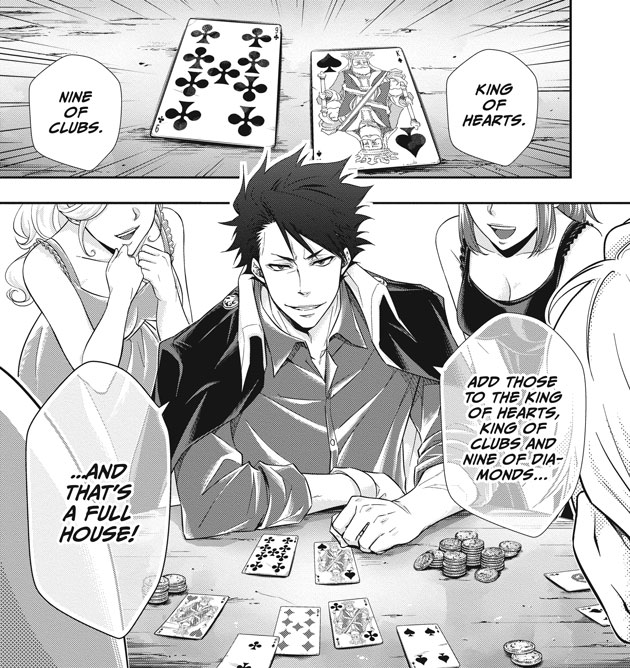 I’ve been excited about this release for a long time. This has been one of my favorite Jump SQ titles since before I started working on it. I love Sherlock Holmes-related stories and I was instantly sold on the premise. And don’t worry, Sherlock does make his appearance eventually. With the anime coming out in October, alongside the manga, I hope everyone enjoys this manga as much as I have!

Read a free preview of Moriarty the Patriot, Vol. 1, Storyboards by Ryosuke Takeuchi, Art by Hikaru Miyoshi, Based on the works of Sir Arthur Conan Doyle here.