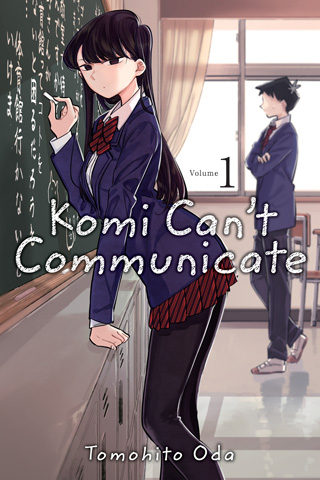 One of the things I love about books is their power to lift my spirits. When the world feels bleak, books can provide a warm glow of comfort. These days I’m especially appreciative of stories that have that gift, and Komi Can’t Communicate is definitely one of them. It’s a story of friendship and kindness, and of supporting the people you care about. It’s funny and poignant, and I spend every volume cheering for the characters.

The story begins on the first day of high school at the prestigious Itan Prep. Tadano Hitohito is elated that he’s managed to secure a spot is such an elite school, and he’s determined to have the perfect high school life—as a wallflower! 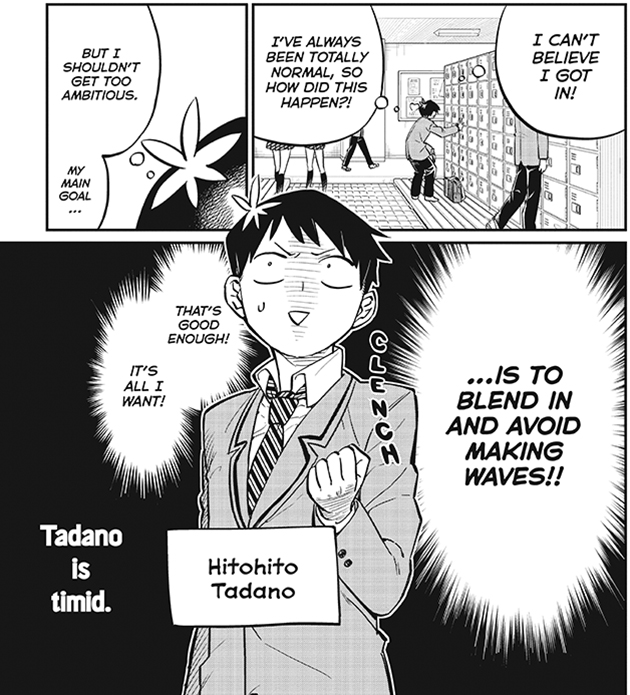 Tadano tried standing out in middle school, but it did not go well and he’s determined that he will go entirely unnoticed in high school. But his plan is immediately put in jeopardy when he’s seated next to the prettiest girl in school. 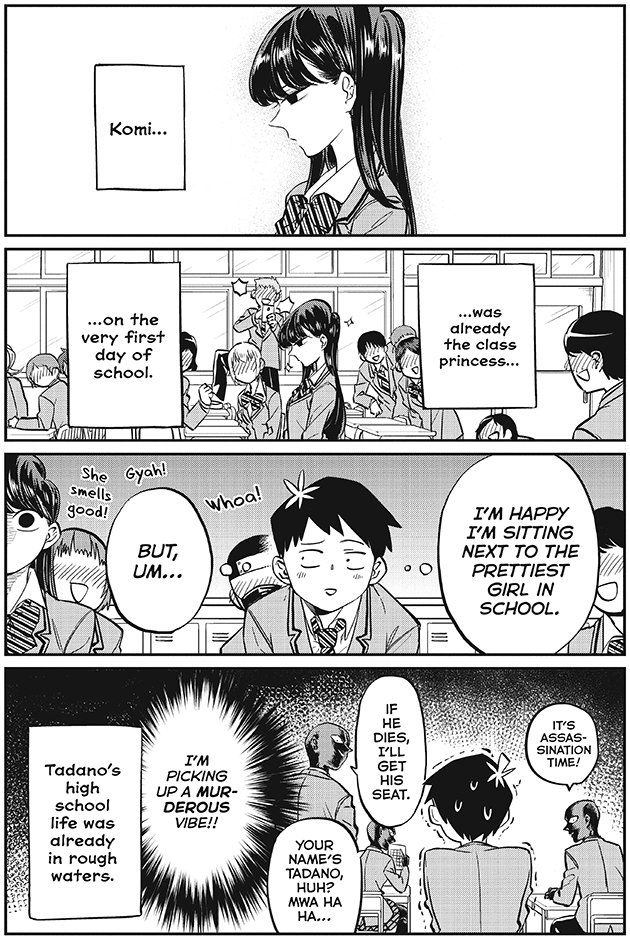 The best thing for Tadano’s social and physical health would be for him to stay as far away from Komi as possible, but he senses that she isn’t the distant goddess the whole school thinks she is and he wants to help. 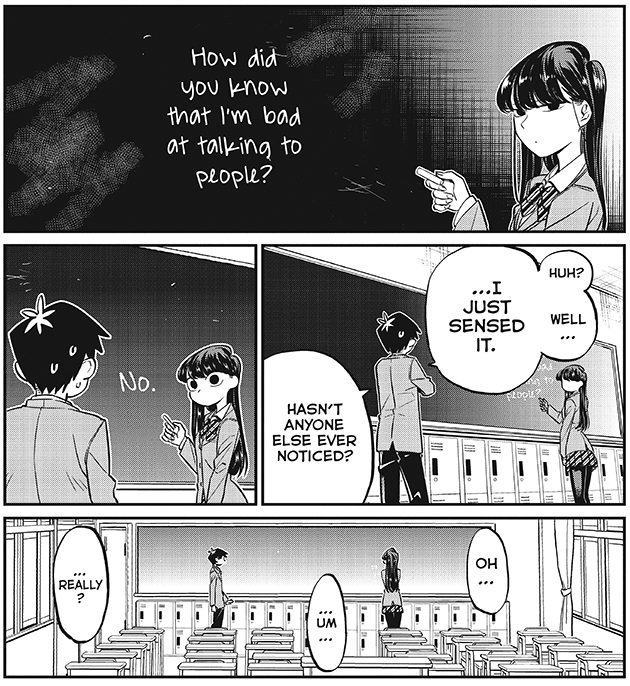 It turns out that Komi is so anxious about speaking that most of the time she can’t utter a single word. But with Tadano’s help, she discovered that blackboards can make for great conversation. Having someone finally “hear” her allows Komi to open up and she tells Tadano about her greatest dream—to make a hundred friends. 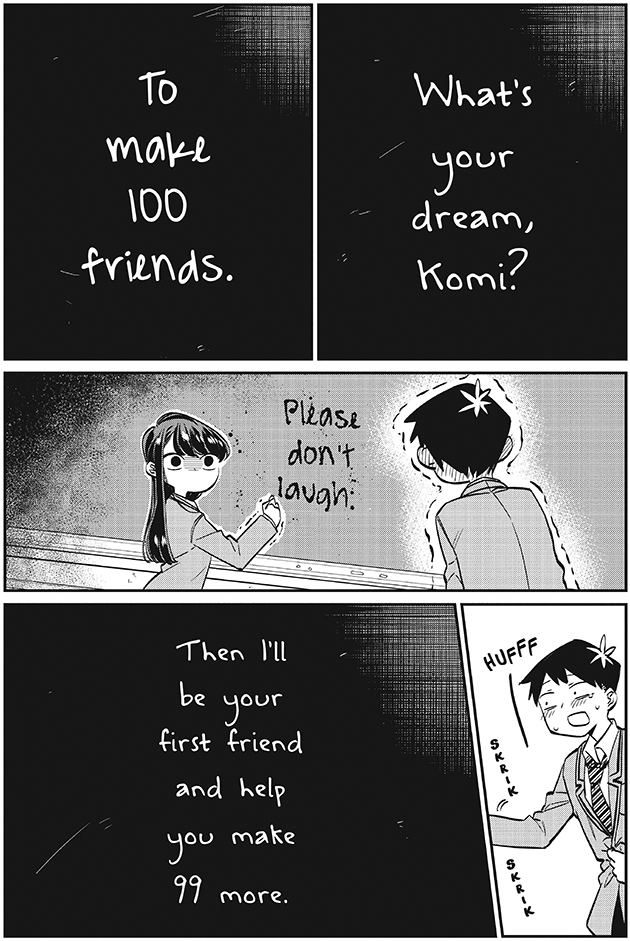 Tadano, already completely charmed by Komi and elated to be her first friend, is determined to help her reach her goal. In the first flush of triumph, he thinks finding friends for the charming (if quiet) Komi will be a snap. But what Tadano doesn’t know is that Iran High is a unique school… 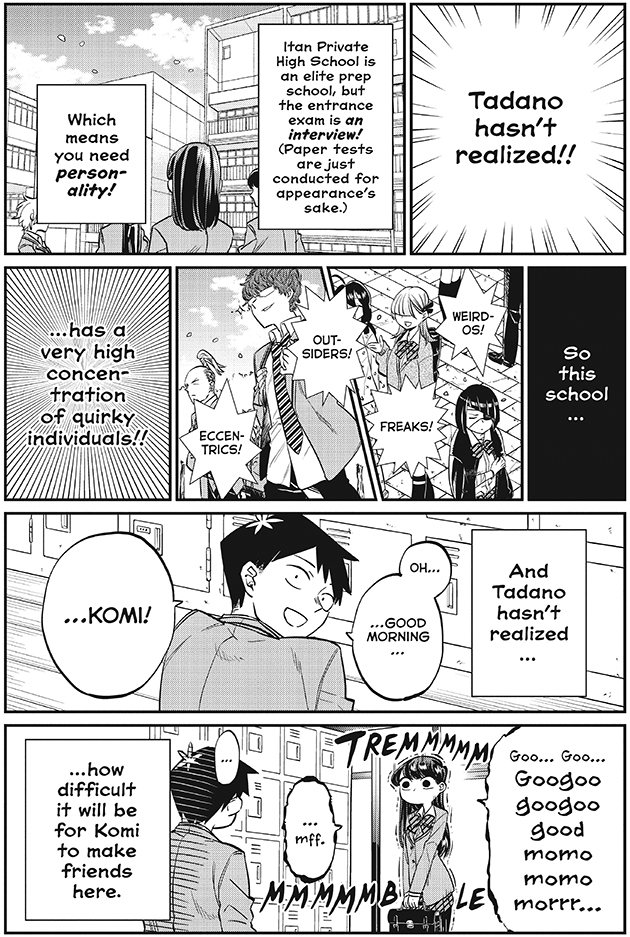 If you’re in the mood for a warm-hearted manga about the power of friendship and the hilarious joys of expanding your social circle, Komi Can’t Communicate is here to brighten you day! Check out the free preview or snag a copy of your own!