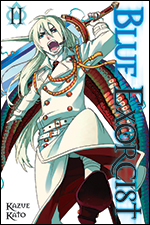 Rin and his friends continue to investigate the Seven School Mysteries. Yukio watches as the Exwires take on the Academy’s ghosts, troubled by lingering doubts about his own feelings. Rin seems to be learning to control his power more, but is tapping his inner demonic fire going to be his salvation or his doom? 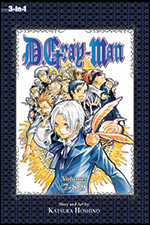 Allen has had his heart pierced and his Innocence pulverized by an assassin from the Clan of Noah. Allen is taken to the Asian branch of the Black Order to heal. He is keen to rejoin the battle, but he will not be able to fight again until he learns how to activate his Innocence and turn it into a weapon. 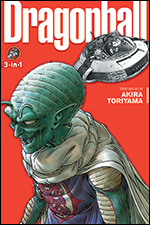 The next Tenka’ichi Budokai martial art tournament is just around the corner, and an eager Son Goku can’t wait to face even tougher fighters for the “Strongest Under the Heavens” title! Among the contestants include pipsqueak Chaozu and three-eyed Tenshinhan, deadly disciples of Tsuru-Sen’nin, the Crane Hermit! 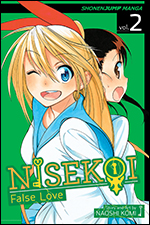 Raku and Chitoge's false love is off to a rocky start, but they have everyone fooled! Meanwhile, Raku's still hung up on his childhood sweetheart and wears a pendant around his neck as a memento. However, one big problem prevents him from finding the girl whom he promised to marry—he can't remember her name or face! 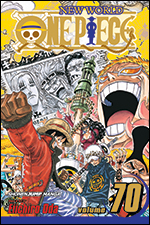 ONE PIECE v.70
by Eiichiro Oda

As Monkey D. Luffy and the Straw Hat crew attempt to leave the laboratory, Caesar Clown undergoes a dramatic transformation. Can Luffy actually stop his dreadful ambitions?! And when Don Quixote Doflamingo finally makes his appearance, the situation takes a dramatic turn!! 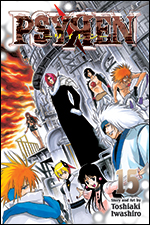 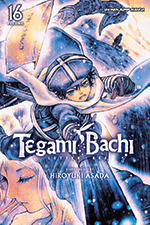 After years of searching, Zazie is on the trail of the Gaichuu that devoured his parents’ hearts. But the hunt will force him to learn more about himself—and his past—than he ever imagined. And Emil, the kindly blind girl who runs the nearby inn, has an terrible secret…