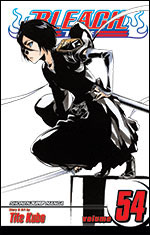 After a long struggle, Ichigo finally regains his Soul Reaper powers thanks to Rukia. But as the battle against Kugo Ginjo starts to heat up, Ichigo learns a shocking secret behind his role as a Deputy Soul Reaper. With the truth finally revealed to him, what action will Ichigo take? 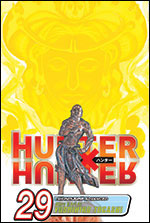 Having fused with his royal guards, the Chimera Ant King arises more powerful than ever, but with no memory of his past. When Gon realizes how much devastation the war with the Chimera Ants has caused, he spends all his Nen power on a final, desperate gambit. It may give him the strength he needs…but at what cost? 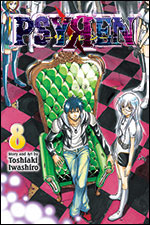 A trip to the future brings Ageha face-to-face with a group of friends he thought long dead, and the story they have to tell Ageha about the events of the past decade are truly shocking. The Global Rebirthday has changed everything. Not everyone Ageha cares for has survived, and the W.I.S.E. organization is more powerful than ever. 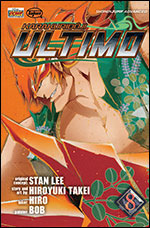 Future events that led to the creation of Ultimo and Vice turn out to be part of the tragic “past” that haunts Musashi, a mysterious police-officer from the 29th century. Back in the present, a funeral service is about to begin, but it seems the deceased went to the grave possessing a cosmic secret that may have given Ultimo the edge and tilted the battle in favor of good…is it too late to go back, again?!