This time, Intern Veronica has selected the winners! 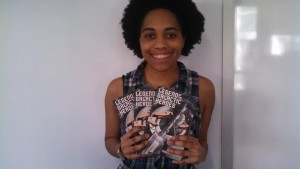 She'll be mailing them out after all, on Monday. So, without further ado, here are the six winners of Legend of the Galactic Heroes, Volume 1: Dawn.

First up is Isabelle Ryan: Her poem was an excellent and engaging lyrical and poetic synopsis of the premise. It was detailed, yet subtle and made me want to read LOGH.

Then we have Karine Z.: Beautifully conveyed the epic scale of LOGH and made me eager to pick up the book.

Number three: accosteddarling: Your testimony is proof positive of a good story's transformative effect on readers.

And then a haiku won! Benjamin: He wrote an emotionally evocative and beautiful cosmic, space haiku.

Five! Brandon Perkins: Wrote cool a mini essay on the duality of the text, its metaphorical and figurative symbolism, and its plot in a smart and appealing way.

And the last winner! Lyryken: Wrote a funny little anecdote about a failed attempt at flirting that somehow led to being recommended to read LOGH

Thanks all for playing, and we will be doing this for Volumes 2 and 3, so keep watching the skies!