Though I grew up with horror master Kazuo Umezu’s manga series back in Japan, I have never been a big horror fan. I am just scared by scary things. (Although my all-time fav character in Umezu manga is Tamami from Akanbo Shojo.) I would not have picked any Junji Ito’s manga were I not working at VIZ.

I ran into Ito’s work as a part of job at Editorial department, and the first chapter of Uzumaki caught me and has never let me go since. Specifically, I was caught by an image in the chapter in which the curled up father is found in a wooden tub. It is scary and it is horror, but it’s not just that. I’ve almost never seen so many torrents of imagination from a single idea in manga format. With that originality I am hesitant to say he is a horror manga artist. Rather than that, he could be a “genre” of arts himself. 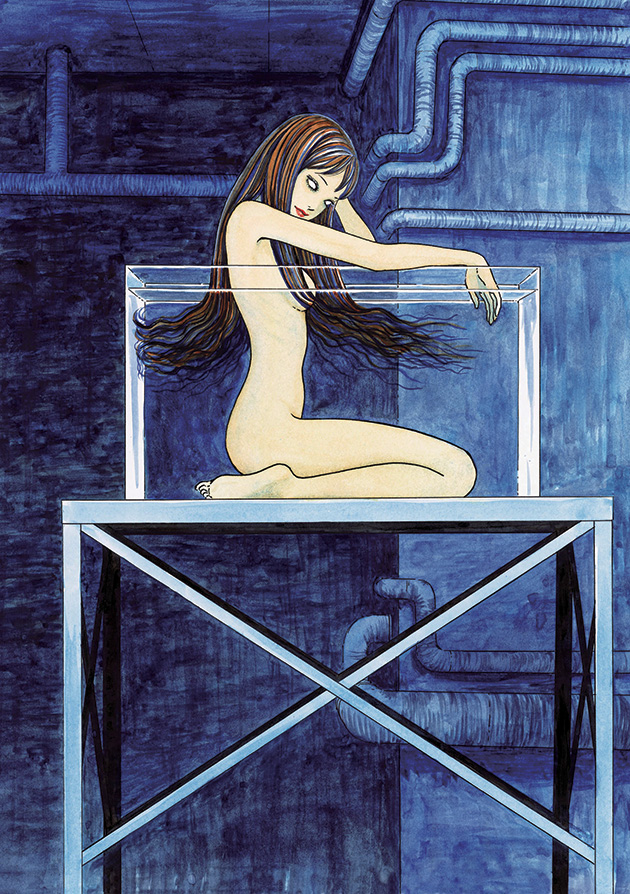 It was my pleasure to get a chance to bring back Uzumaki, as well as Gyo, in deluxe formats. His recent collection of shorts, Fragments of Horror, followed. Finally, we are now able to add the legendary Tomie to our Junji Ito library. This deluxe hardcover edition is 752-pages (yes, huge) and consists of twenty Tomie short stories. Ito worked on this series from 1986 until 2000. Like the spiral images in Uzumaki (or the fish in Gyo), the beautiful girl Tomie Kawakami herself is expressed as the piece of art in the stories. Tomie can be anywhere and anything from a complex grotesque to a tiny bubble. Fascination with her traps us in chaos; we are no longer able to perceive the boundary between beauty and the ugly. 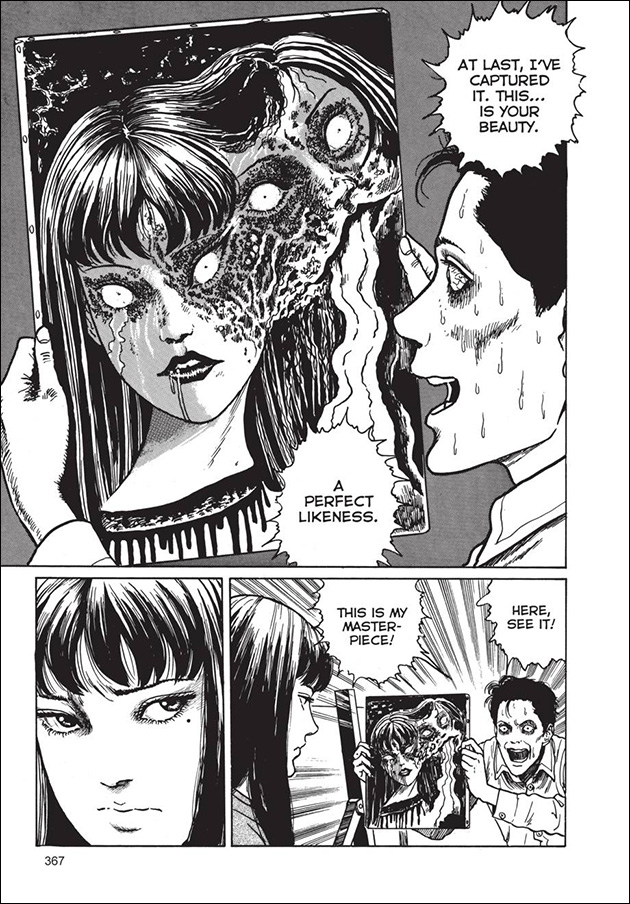 These early works also showed Ito’s exceptional talent as a short story author. Tomie’s first chapter is his debut story, for which received an honorable mention for the 1st Kazuo Umezu Award in 1986. (Umezu himself was the one of judges along with Hideyuki Kikuchi.) 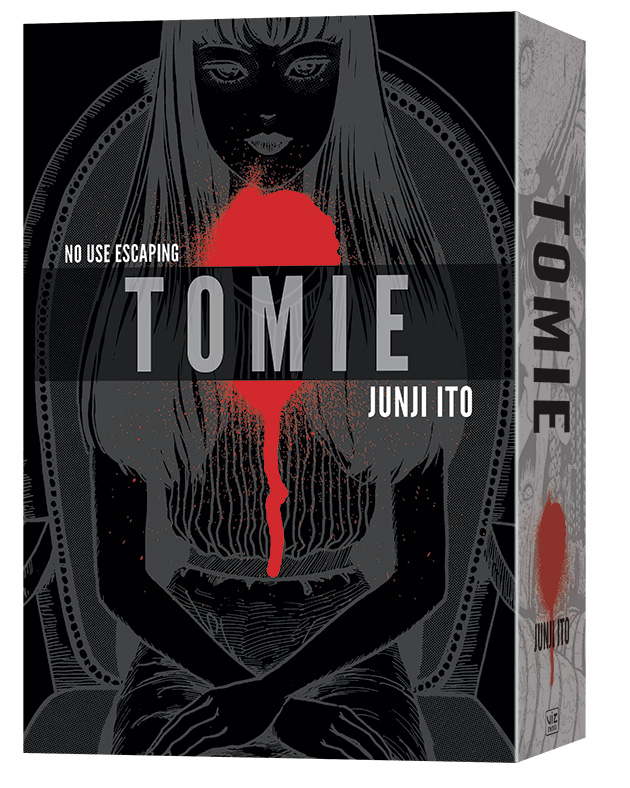 “My friend Tomie is dead.”

Starting with this monologue by Tomie's classmate, this 30-page story encapsulates almost everything about what “Tomie” is. She is a beauty, can seduce any man, is living and dead at the same time, and finally the people around her realize that no one can escape from her. Nothing is certain but we understand instantly what world “Tomie” offers. It’s a perfect introduction for a collection, though Ito couldn’t have foreseen the decades he’d spend creating Tomie’s stories at that time. You will see the enormous variety of Tomie episodes in this new deluxe edition.