I’m loving the new title I’m editing: Kaguya-Sama: Love is War! It’s a new school-life romantic comedy that arrived on my desk (the Japanese tankobon) and computer screen (the digital translated scripts) in the nick of time as I was mourning the end of editing the school life series Assassination Classroom ... and the ending of Assassination Classroom. (Sniff, sniff...)

Kaguya-sama: Love is War is the story of two geniuses, Kaguya and Miyuki—vice president and president, respectively, of the school council at elite Shuchiin Academy—who have fallen for each other but are both too proud to admit it. 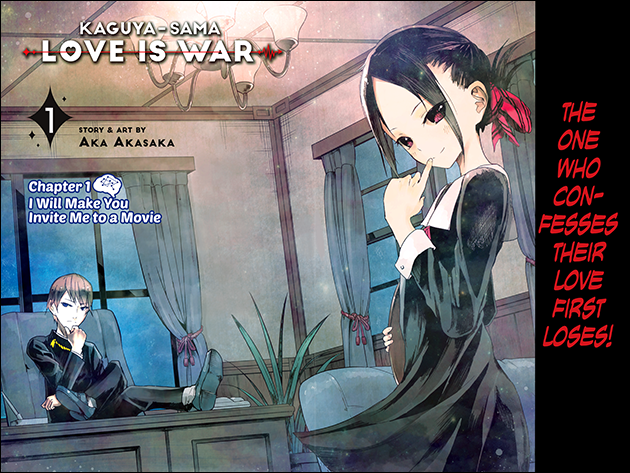 What ensues is attempt after attempt on both their parts to trick the other into revealing their feelings and confessing their love first. It’s cute, it’s sweet, it’s clever, and it’s funny. Although the chapters are episodic in nature, the protagonists’ relationship with each other and an assortment of side characters (like Chika, their somewhat ditzy friend) develops through an ongoing story arc. The author never seems to run out of new ways for Kaguya and Miyuki to get close to—but not too close to—revealing their true feelings. 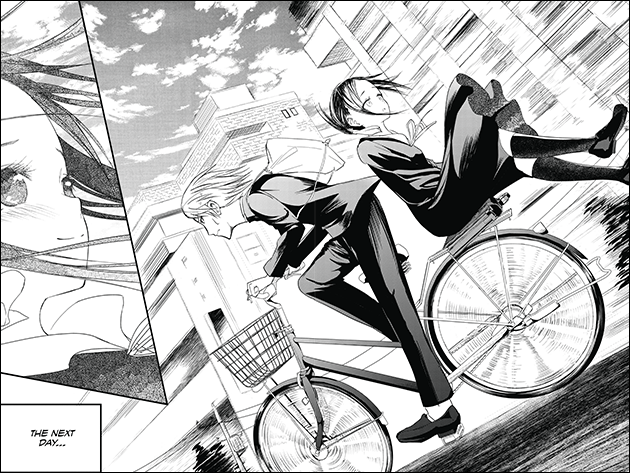 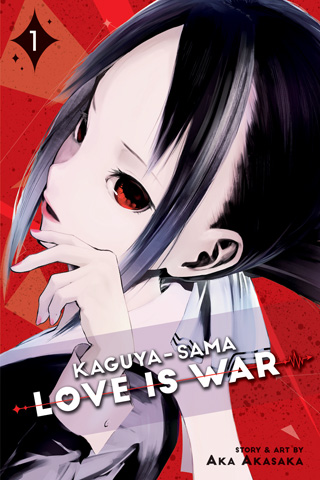 One of the things I appreciate most about Kaguya-sama: Love is War is that it’s smart. It’s not only a story about two genius characters, but it’s written intelligently. These two things don’t always correlate! Anyone can write about smart people...but if you’re not pretty smart yourself, how can you do it convincingly? And since our readers are smart, we need to deliver!

For the translator (talented Emi Louie-Nishikawa) and the editor (me), it’s hard work getting the nuances right with this manga. Translating dialogue which is deliberately indirect or duplicitous requires a deep knowledge of the subtleties of both Japanese and English language and culture. Some of the innuendo is hard to convey because it’s so culturally dependent. I’d like to give you an example, but it’s usually something that plays out over several pages. When I check a translation with licensing approvals liaison Evan Galloway, he can’t just read the balloon and tell me what it says. He has to read several pages before and after to understand the tone or subtle implications of the words.

Our team is also committed to retaining the Japanese context and feel of this title. That’s why, when the friends try to solve word puzzles in Vol. 1, we translate and explain the original Japanese word play instead of just replacing them with English puzzles. Phew! Emi and Evan and I spent many hours just on that section! 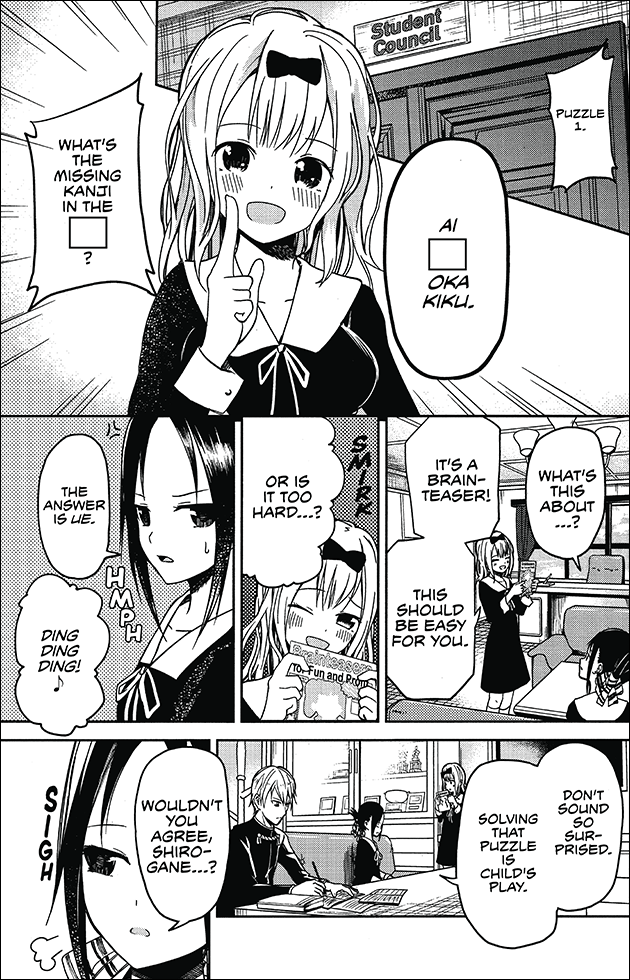 I hope you enjoy Kaguya-sama: Love is War as much as we do! And please spread the word and help me get it into the top 10 graphic novel list... It makes me happy when “my” titles are up there!

Join the battle of wits with a Free Preview of Kaguya-sama: Love is War, Vol. 1.