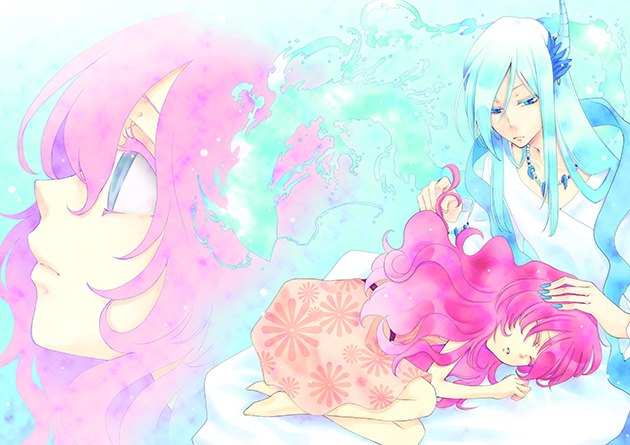 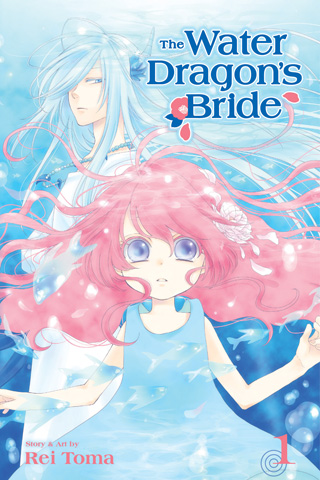 Those of you who love the Dawn of the Arcana series will be happy to hear that we’re publishing Rei Toma Sensei’s latest series The Water Dragon’s Bride under our Shojo Beat imprint! We’ve got more of Toma Sensei’s gorgeous art but with a very different story that involves ruthless adults and a mysterious water god set in a world that’s reminiscent of the Kofun Period in Japan.

Young Asahi gets spirited away from her modern life and ends up in a place where she has no friends or family. Luckily, she meets a boy named Subaru who’s eager to help her out. 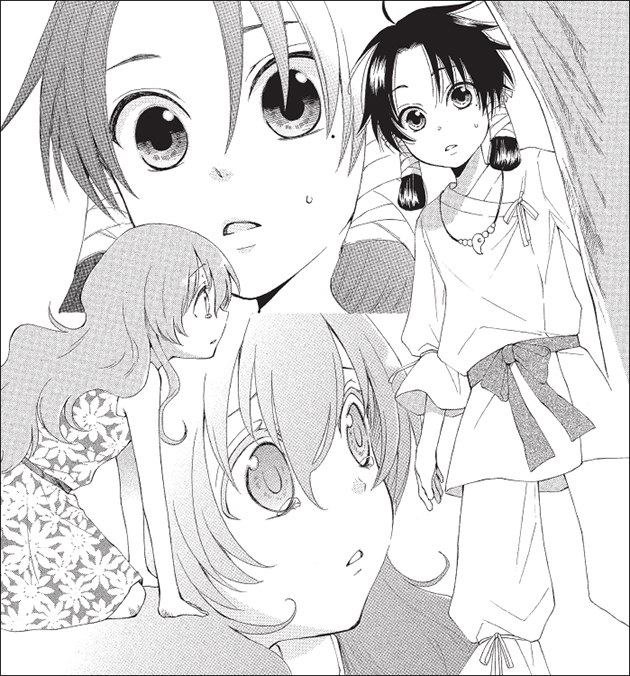 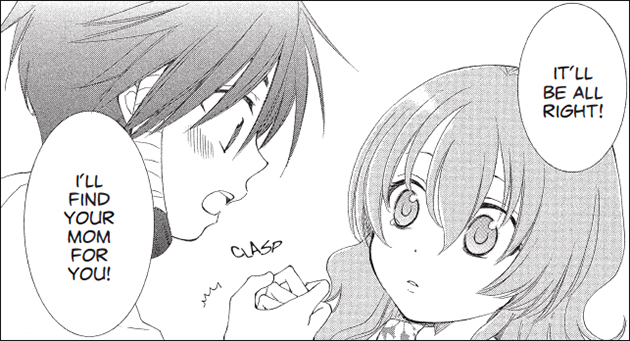 Unfortunately, not everyone in this world is as altruistic as Subaru, and Asahi gets sacrificed as a bride to the water dragon god! 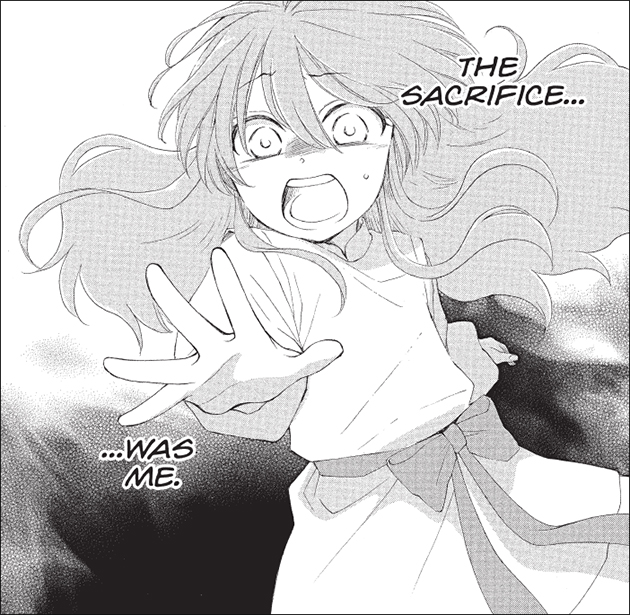 When we meet the water dragon god, he is definitely arrogant… 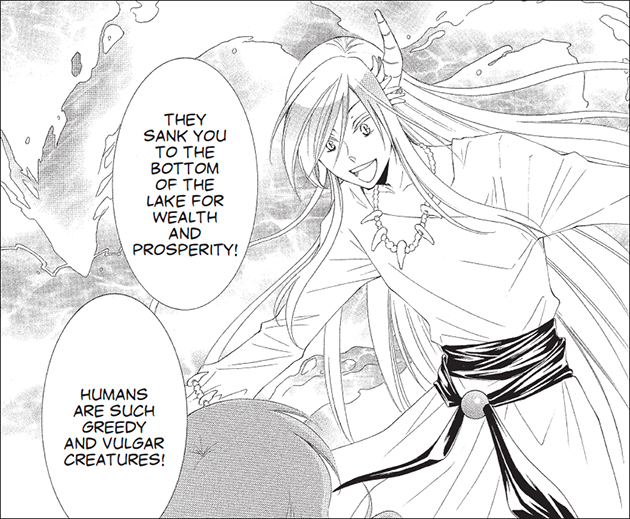 One starts to wonder if Asahi is better off with this moody god or the selfish humans who sacrificed her… She is a human being who has to make the best of her circumstances even though she has little power and is basically treated like a possession. It’s touching, then, to see a little human like Subaru (who doesn’t have much power either) decide to come to the rescue of his friend. 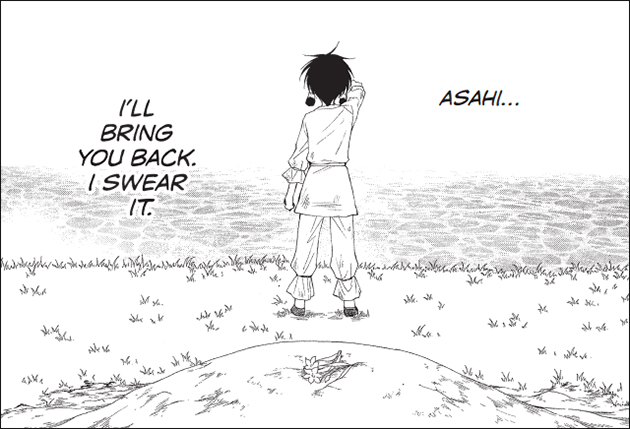 I don’t want to give away too much of what happens in this volume, but I was both horrified and moved by the actions of the characters in this story. Humans and gods are capable of so much love and generosity and hate and cruelty… I’m so curious how Asahi’s life in this new world is going to turn out!

Volume 1 is available now, so I hope you enjoy it and let me know what you think!