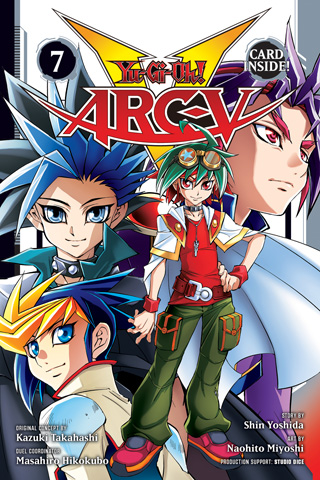 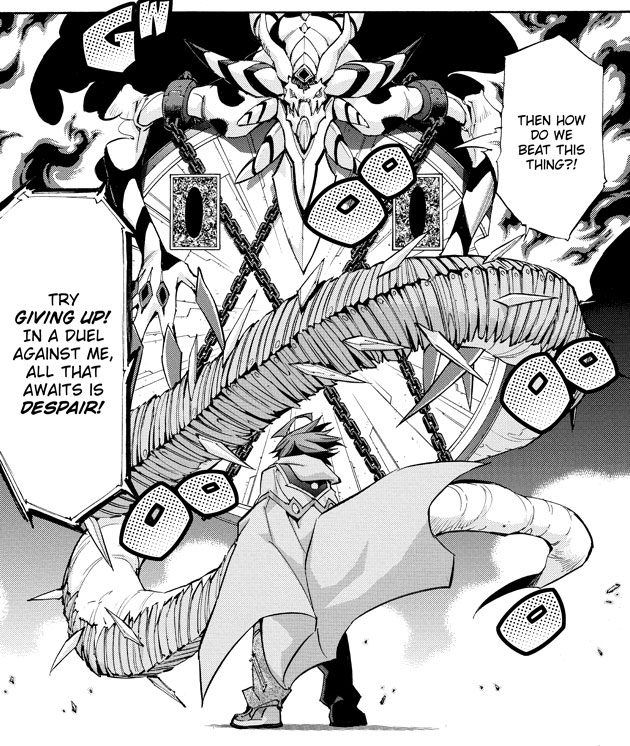 But this volume is about more than battles. It’s also about remembrance and revealing truths. We learn more about the World Illusion and how G.O.D.'s influence led to Reiji’s and Yuya’s fathers being disgraced. We also get to see Yuya stand on his own as both a duelist and a Dueltainer. 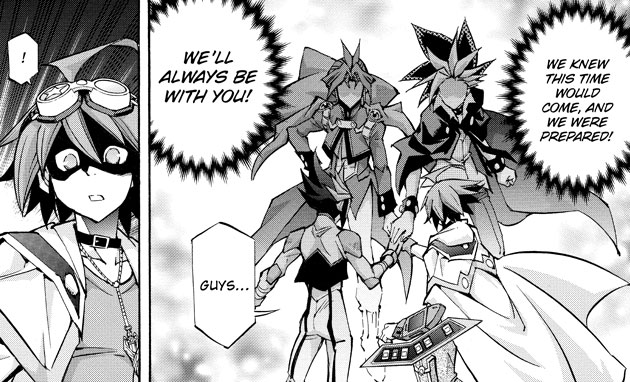 Just as the battle starts getting good, Yuya’s brothers disappear. But as Yuya learns, they aren’t really gone. They continue to live on inside of him, giving him the hope he needs to defeat G.O.D. once and for all. 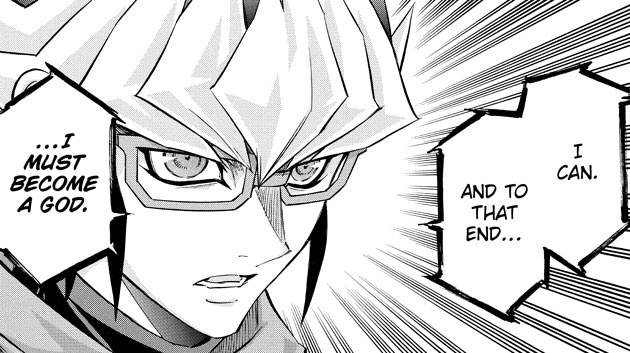 However, just before Yuya tries to destroy the G.O.D. card, a new challenger appears—Reiji. And he’s hell-bent on claiming the power of the card for himself. So, Yuya challenges him to the only type of duel that makes sense—an Action Duel!

It’s only fitting for the series to end with an Action Duel. Over the course of the duel, we get to see how far Yuya has come as a Dueltainer, how much he has come to embody his father’s skills and principles. It’s a full-circle moment that brings the two warring sons together over something as simple as a smile.

(Of course the giant watermelon is cool too! You’ve got to see it to believe it!) 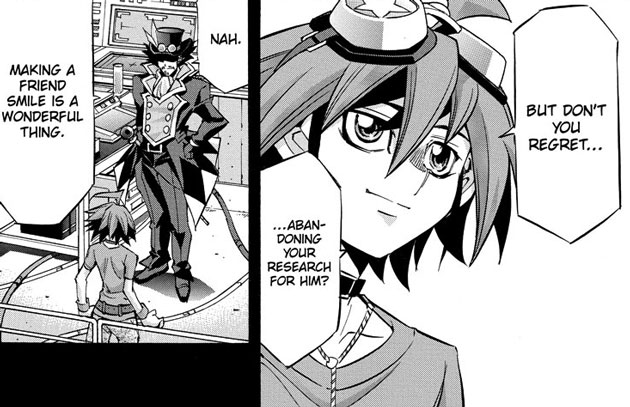 And just like that a tale about family (and cool cards) comes to a close, and though many of the characters have gone their separate ways or succumbed to their fate, the bonds they forged across time will live on forever.