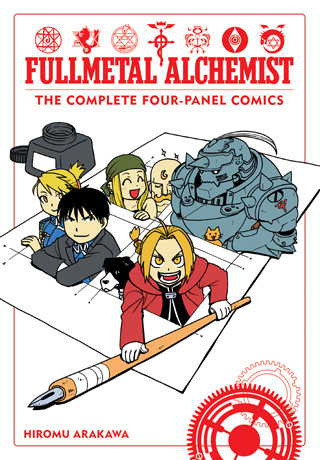 The true measure of the greatness of a work, in my opinion, is its emotional breadth. Fullmetal Alchemist is triumphant, thrilling, bittersweet…and funny!! I don’t think it’s a stretch to say that the comedic touches Arakawa infused her work with are what have made it one of the permanent touchstones of anime and manga. That comedic genius is in full force in her four-panel comics, where she isn’t afraid to lampoon her characters’ best and worst features to hilarious ends.

And she’s got a lot of features to exaggerate, starting with Ed: 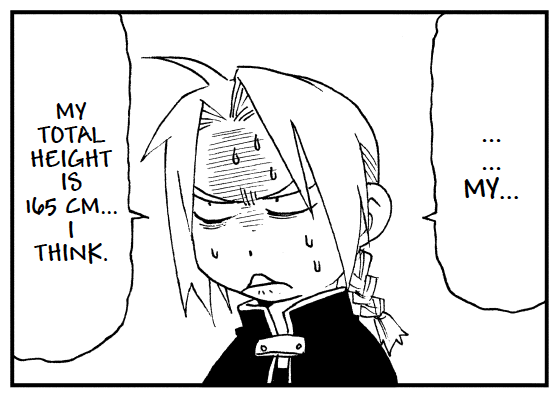 And of course Al’s obsession with cats: 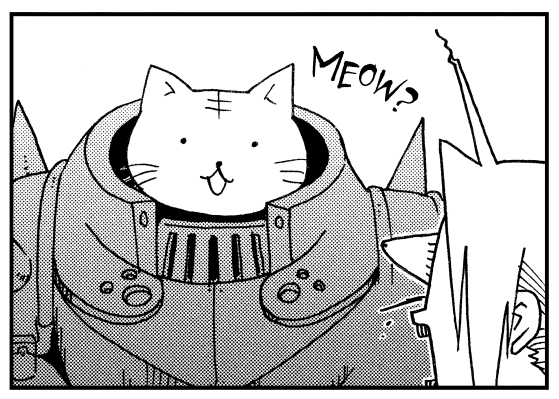 Not to mention Colonel Mustang: 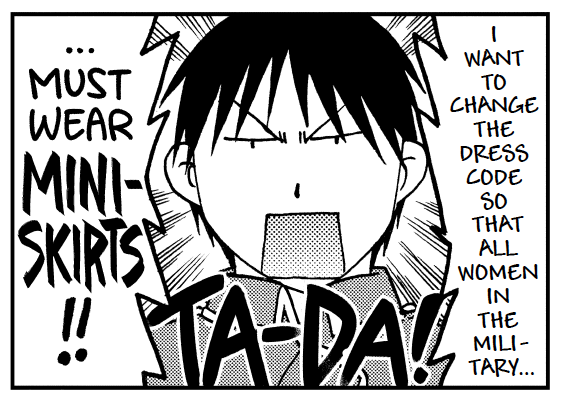 Even straight-laced Riza Hawkeye gets in on the action: 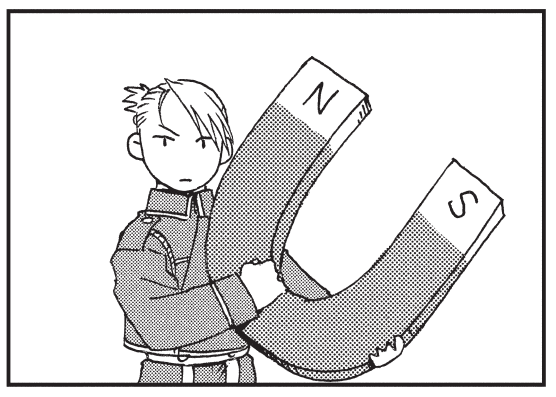 So what are four-panel comics? Similar to newspaper comic strips in the west, the four-panel format is a self-contained joke, containing a set-up and punchline. For example:

Since this collection contains all of the four-panel strips that initially ran in the back of the graphic novels, I’d already read them years ago, but found myself laughing along as I rediscovered such gems as this:

But there’s more! The comics from the 27 volumes of the FMA graphic novels only take up about half the book. The other half is devoted to comics created for the DVD releases of the original Fullmetal Alchemist anime (2003) and Fulllmetal Alchemist: Brotherhood. So you get jokes about things that only happened in the anime! Being a fan of the 2003 anime, seeing Sloth!Mom in action again was really awesome and nostalgic. Plus who knew Tucker was so sympathetic?

There’s also about two dozen pages of content never before released in English, from comics created just for this volume to comics created for special events in Japan, such as this incredible anime announcement launch:

While Fullmetal Alchemist: The Complete Four-Panel comics doesn’t include everything from graphic novels Extras section—such as In Memoriam or the single-panel comics that original ran under the dust-jacket covers of the original Japanese tankobon— what this volume does contain is every four-panel comic ever created for Fullmetal Alchemist, finally together after so many years.