Attention Weekly SHONEN JUMP Alpha members! We recently had the chance to sit down and interview the rock star of shonen manga himself—Tite Kubo, creator of Bleach! And not only that, we also filmed exclusive footage of Kubo Sensei drawing Ichigo and also a "surprise" character! 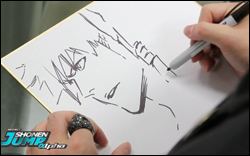 Only annual SJ Alpha members get to have the full Tite Kubo Interview experience, plus Members Only contents like Creator's Sketch Videos!

All this is available for SJ Alpha members only! Sign up now and get access to our exclusive interview! 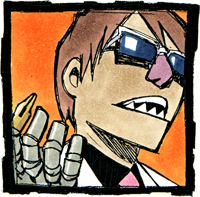 Bleach is author Tite Kubo’s second title. Kubo made his debut with ZOMBIEPOWDER., a four-volume series for Weekly SHONEN JUMP. To date, Bleach has been translated into numerous languages and has also inspired an animated TV series that began airing in the U.S. in 2006. Beginning its serialization in 2001, Bleach is still a mainstay in the pages of Weekly Shonen Jump. In 2005, Bleach was awarded the prestigious Shogakukan Manga Award in the shonen (boys) category.