Follow fan-favorite hero, Kenshiro, as he wanders the post-apocalyptic wasteland to bring justice to the guilty and hope to the people. With seven scars upon his chest, Ken holds the secret of a mysterious martial art known as Hokuto Shinken, the Divine Fist of the North Star!

Back in print for the first time in over a decade, this cult classic series featuring the legendary creative team of Buronson and Tetsuo Hara has inspired a multimedia hit sensation. Read a special Q&A from creator Tetsuo Hara!

What has it been like to see Fist of the North Star manga be adapted into so many different types of media (video games, anime, an OVA, a live-action film)?

At first, I didn’t have faith that my designs that were made for 2D use would translate well to 3D, but when I saw them move, I think they turned out very well. I’m sure it must have been quite a task for those involved with making it happen. These days, I find that many people who grew up with Fist of the North Star are now becoming involved with making content related to it, and it makes me really happy to hear them say that they’re fans of the series when I meet them! 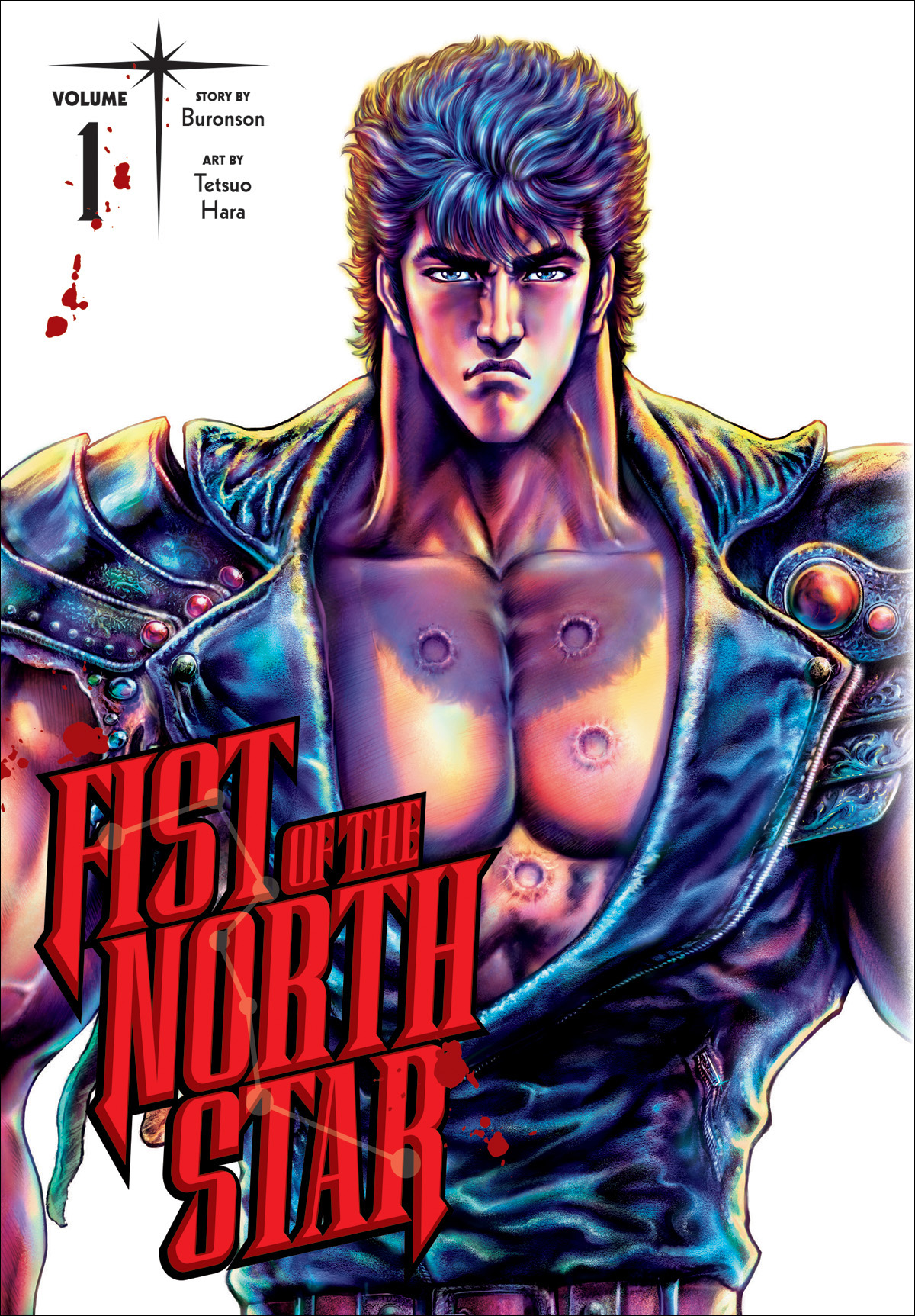 With the success of Fist of the North Star in so many types of mediums, what has been your favorite and why?

I’m very happy with how the PS3 game Fist of the North Star: Ken’s Rage (released in North America, Europe, and Japan) and the mobile game Fist of the North Star: LEGENDS ReVIVE (currently available in North America and Japan) turned out. The 3D images were impeccably and beautifully rendered to the point where I actually look at the 3D and get inspiration for my own art in reverse!

How was working with Buronson sensei?

I think his writing fits perfectly with manga as a medium, and his stories help the mangaka he works with grow even more as artists. He has an incredible ability to come up with lines that bring the characters to life.

Do you have any favorite tools for illustrating?

Unfortunately, they’re no longer available, but the Pentel Black B (Black Polymer 999). Other than that, G-pens.

What is your favorite moment from the manga series?

The scene where Raoh ascends to the heavens. I already had how I wanted to do this in mind before we even started the serialization for Fist of the North Star, down to the exact pose. In honesty, it’s no exaggeration to say that getting to draw that scene is what kept me going throughout the entire series.

What’s your favorite knockout that Kenshiro has performed?

The Hokuto Hyakuretsuken, which we actually included in the key visual for the series to show off the look and feel of the work. This is Kenshiro’s signature move, and at the time, I don’t think anyone else had done anything like it. I drew it the way I did because I wanted to, but it became a bit exhausting to draw as the series went on (laughs). I imagined Bruce Lee punching over and over and solidified the choreography for it from there.

Do you have any fun facts that Fist of the North Star fans might not know?

I do have stories from behind the scenes, but all of them have already been put into manga form and delivered to the readers.

Did you ever study martial arts and/or acupuncture techniques?

[The manga] Judo Icchokusen inspired me to take judo, and a friend got me into kendo. I’ve never studied acupuncture.

Is there a particular martial arts/acupuncture move you wish you could have drawn?

Nothing in particular, but I’m glad that I was able to utilize my experience with movement, as well as judo techniques such as ukemi, when having characters face off against one another. One doesn’t run into those situations very often, other than when learning martial arts.

What is Hokuto Shinken martial arts based on and how did you develop the name?

It’s a combination of Chinese martial arts, Bruce Lee’s Jeet Kune Do, and assassination techniques. Originally, we were going to just call it “Hokuto-ken,” but there was a Jackie Chan movie titled Magnificent Bodyguards (the Japanese title of which was “Hiryu Shinken”), so because of how cool “Shinken” (God Fist) sounded, we landed on “Hokuto Shinken.”

Order your copy of Fist of the North Star, Vol. 1, story by Buronson and art by Tetsuo Hara, here.